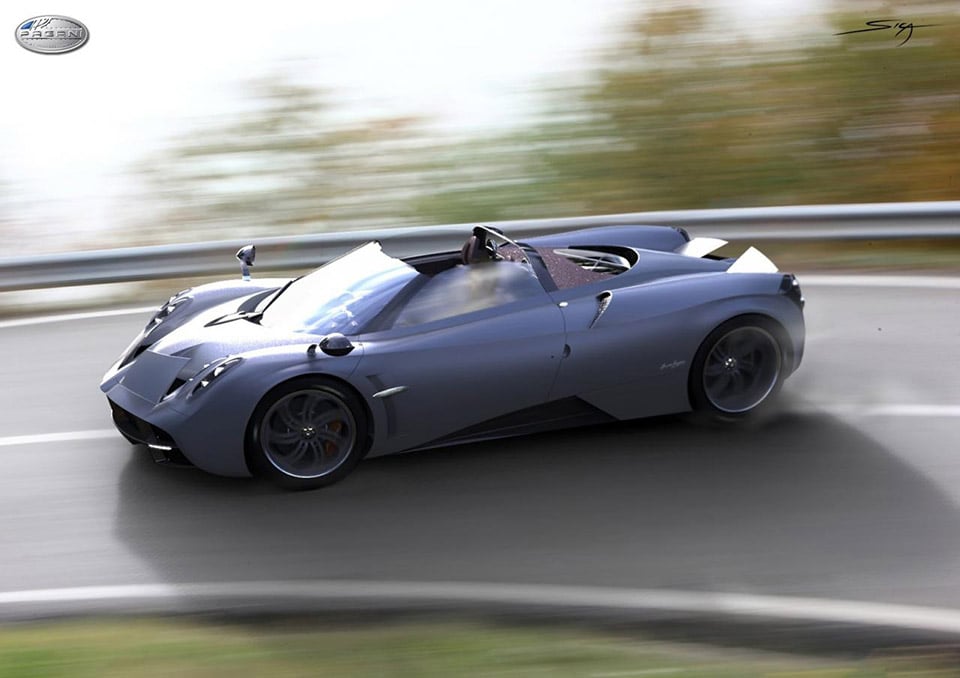 The hand-built, hyper-exclusive Pagani Huayra is a piece of rolling automotive artwork, and by rolling we mean at a ridiculous rate of speed. Nearing the end of its production, the Huyara will finish up with a topless version that will no doubt blow hairpieces off with authority, but it won’t arrive until 2016 and should show up at the Geneva Motor Show at the beginning of that same year.

What’s in store for this convertible hypercar? Not much detail on the car is out this early. From initial renderings, it looks like the roadster will get a new door opening mechanism since the gullwing option on a roadster is impossible. We do think it’s unlikely that the powertrain will get revisions, but it really doesn’t need it since the coupe is propelled by the more than capable 6.0-liter twin-turbo AMG V12 that emits 720 horsepower and 738 lb-ft of torque. One thing is for certain, though. The bonkers noise factor will be dialed up significantly by virtue of the fact that the roof won’t be in the way of the Huayra’s aural delights.