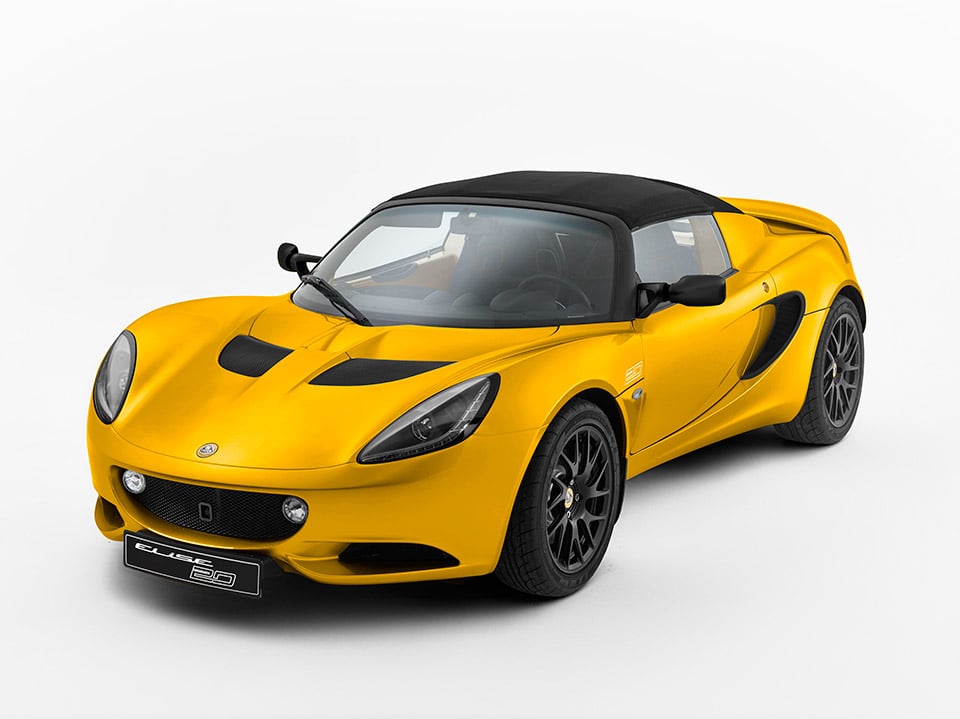 The new MX-5 will weigh somewhere in the 2,300 pound range. The new Lotus Elise 20th Anniversary Special Edition makes that MX-5 look like a porker tipping the scales at a svelte 2,015 pounds. The Elise also gets more power than the MX-5 thanks to a supercharged 1.8L engine that can push it from a standstill to 62mph in 4.6 seconds.

The special edition Elise replaces the Elise Club S Racer in the Lotus line. It gets special lightweight sport seats, forged matte black wheels, and other matte black touches. The Lotus Elise 20th Anniversary Edition is available now for £39,900 (~$59,000 USD). It’s unclear if and when car will be available in the U.S.