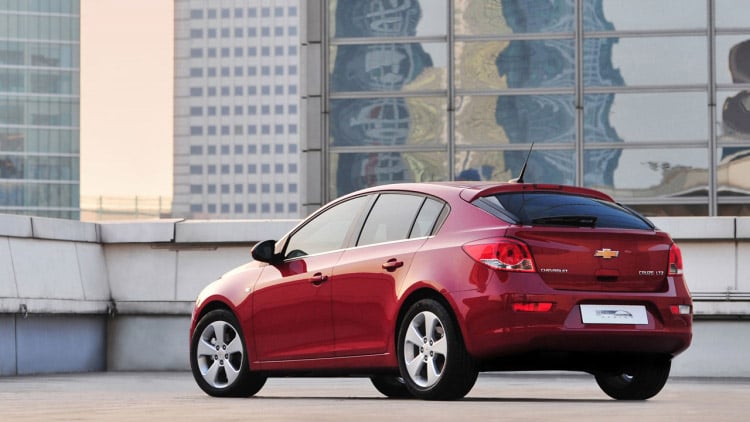 We can all be honest in the Chevy Cruze isn’t a very exciting car. It’s an important car for Chevy though because it sells a lot of them, and those sales let Chevy makes cool cars like the Z06 Vette and Camaro Z28. Since the Cruze has been offered in the U.S., it has only be available as a four-door sedan.

That is changing with reports that a five-door hatchback is heading to the U.S. Chevy has offered the Cruze as a hatch in other countries in the past, but never in the States.

Sources say that the 5-door version of the Cruze was shown to dealers last week at a national meeting in Las Vegas. The hatch will let the Cruze compete better with the Focus, its bitter rival, which is offered in a hatch.

The 2016 Cruze is scheduled to make its public debut tomorrow, so we won’t have to wait long to see what the hatchback looks like.