Next Mercedes SLR Could be a 1000hp Mid-Engine Hypercar 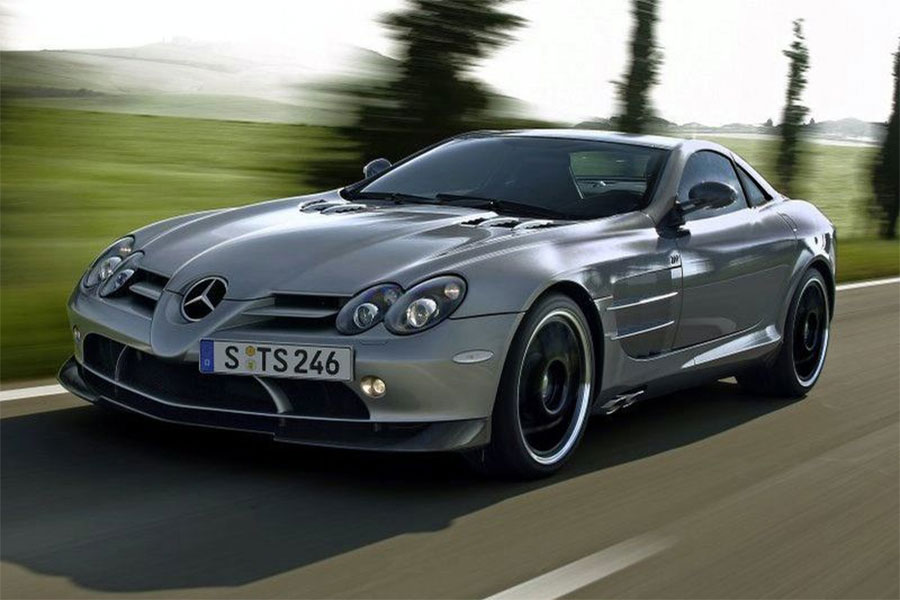 Rumors are flying that Mercedes-AMG is set to build a new version of its vaunted SLR sports car. There are two different stories making the rounds, with one suggesting a front-engine car with a turbo V6 and hybrid power combining for 650 PS. That car is tipped for active aero and a new door concept priced at as high as €300,000 (~$319,000 USD) for each of the 3,000 units made per year.

The other rumor suggests a mid-engine SLR that is would battle the 918 Spyder, LaFerrari, and McLaren P1. This rumor claims a turbo V8 and hybrid power combining for 1000+ hp. Production would be no more than 750 units at a price over €1 million (~$1.06 million USD) each. I hope the second rumor is true; I’d love to see another hypercar bow in.