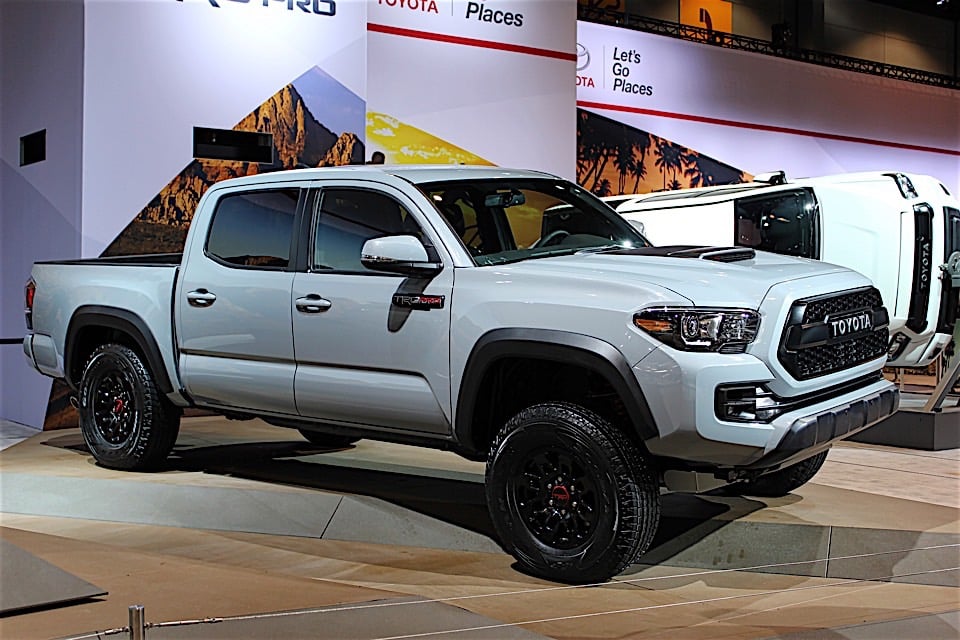 In what is perhaps the worst-kept secret in automotive history, Toyota pulled the covers off the 2017 Tacoma TRD Pro during a presentation at the 2016 Chicago Auto Show. Ever since the Tacoma was refreshed, we expected there to be a new TRD Pro version. Toyota did not disappoint. But even though we expected the truck to debut, we’re pleasantly surprised with some of the truck’s offerings.

The TRD Pro sits 1″ taller than other versions, and features a set of 2.5 FOX internal bypass shocks that have been tuned by TRD. FOX is also the company that supplies suspension components to the Ford Raptor. TRD tuned suspension bits, including more progressive rear leaf springs, round out the suspension changes. 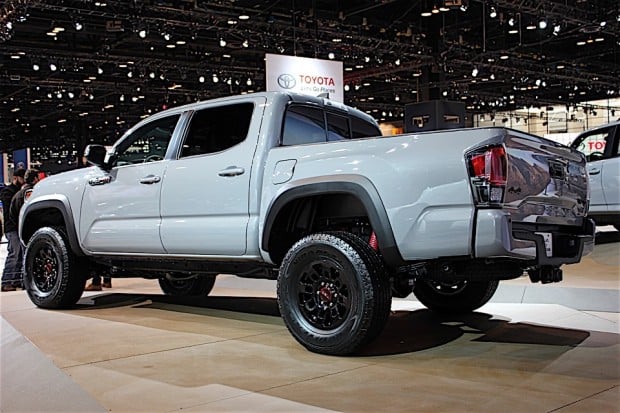 To help ensure that you can keep going, even when the going gets tough are standard Goodyear Wrangler All-Terrain tires that are Kevlar-reinforced. Additionally, Toyota’s Crawl Control (CRAWL) is on hand to get you out of the hairiest of situations.

On top of that, you can expect to get all the latest luxury features from Toyota, including push button start, Entune premium audio with navigation and smartphone app support, blind spot monitoring, and a backup camera.

The real surprise comes with the transmission. Of course, you can get the TRD Pro Tacoma in a 6-speed automatic transmission, but Toyota has also decided to bless a top-trim vehicle with the option for a 6-speed manual! Rejoice!

Pricing and availability is still to be determined, but I’m looking forward to driving this thing! 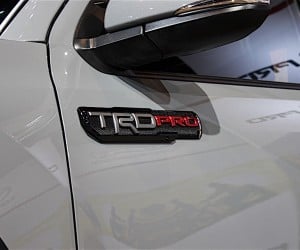 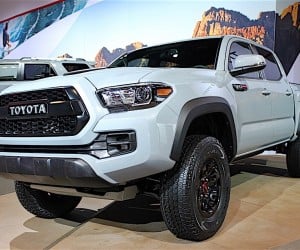 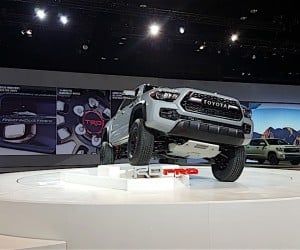 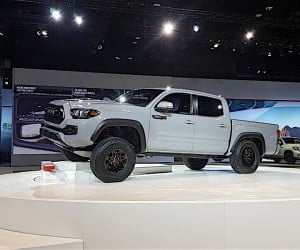 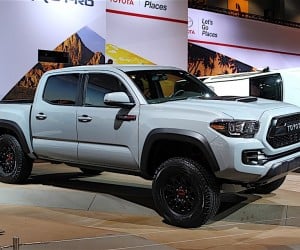 Toyota Teases 2022 Tundra Dashboard and View from the Cabin
Advertisement