It used to be that if you wanted a car that was fast in a straight line and could hold its own at the drag strip, you needed a muscle car. Today you can get hands on some SUVs that can haul your family in comfort and still put down some impressive times at the track.

Top Gear go their hands on three of the hottest sporty SUVs and put them in a three-way drag race. The vehicles include the Range Rover SVR, Porsche Cayenne Turbo S, and Jeep Grand Cherokee SRT. It’s pretty amusing that the SRT is the puniest of the bunch with a mere 468 hp from its V8 Hemi engine. The Porsche has 100 hp more with its twin-turbo V8 making 569 hp. The Range Rover Sport SVR has 550 hp and all of the SUVs are AWD. On the other hand, the Jeep is by far the cheapest of the trio so we can at least feel good about that.

Check out the video to see who won the drag race. 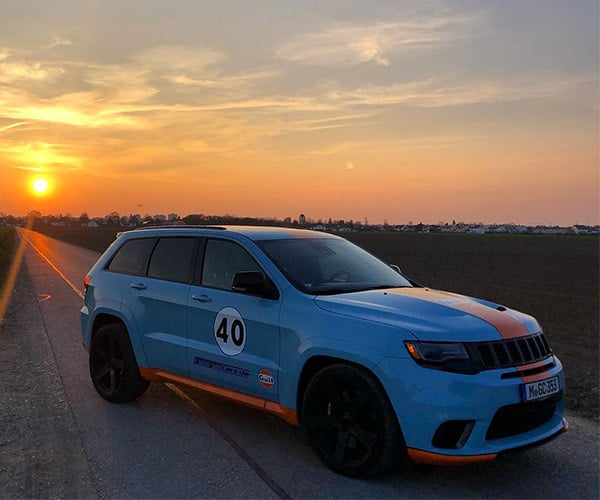 A Gulf Livery Jeep Trackhawk is the Best Trackhawk