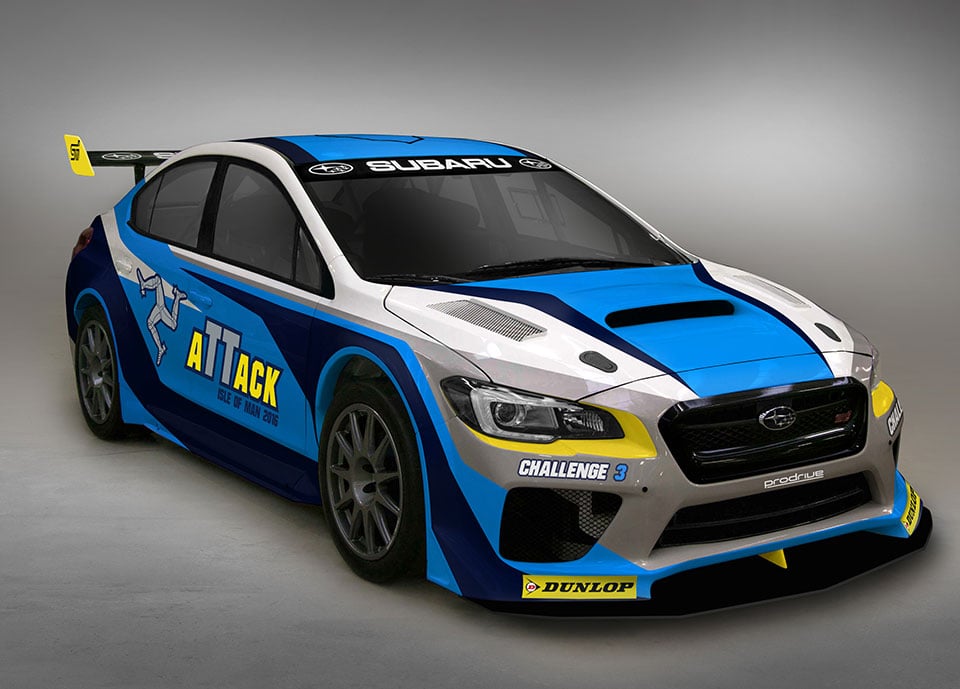 Earlier this month, we talked a bit about Subaru’s desire to go back to the Isle of Man TT race and break its own world record for cars. The ride that Subaru plans to use to break the record is a new purpose-built 2016 Subaru WRX STi time attack car.

Our first glimpse at that car showed a body in plain white. I was rather disappointed it wasn’t the famous WRX blue, but my concerns were unfounded. As it turns out Subaru plans a very cool livery for the car and we now have photos of that livery.

“We are excited to be back and running on the Isle of Man TT course,” said Dominick Infante, National Manager of Product Communications, Subaru of America, Inc. “This is one of the amazing road courses in the world and the Isle of Man TT is one of the most exciting races of the year. We have previously run the TT Course in near-stock Subaru WRX STIs, but this year we set out to design the ultimate WRX STI for this circuit.”