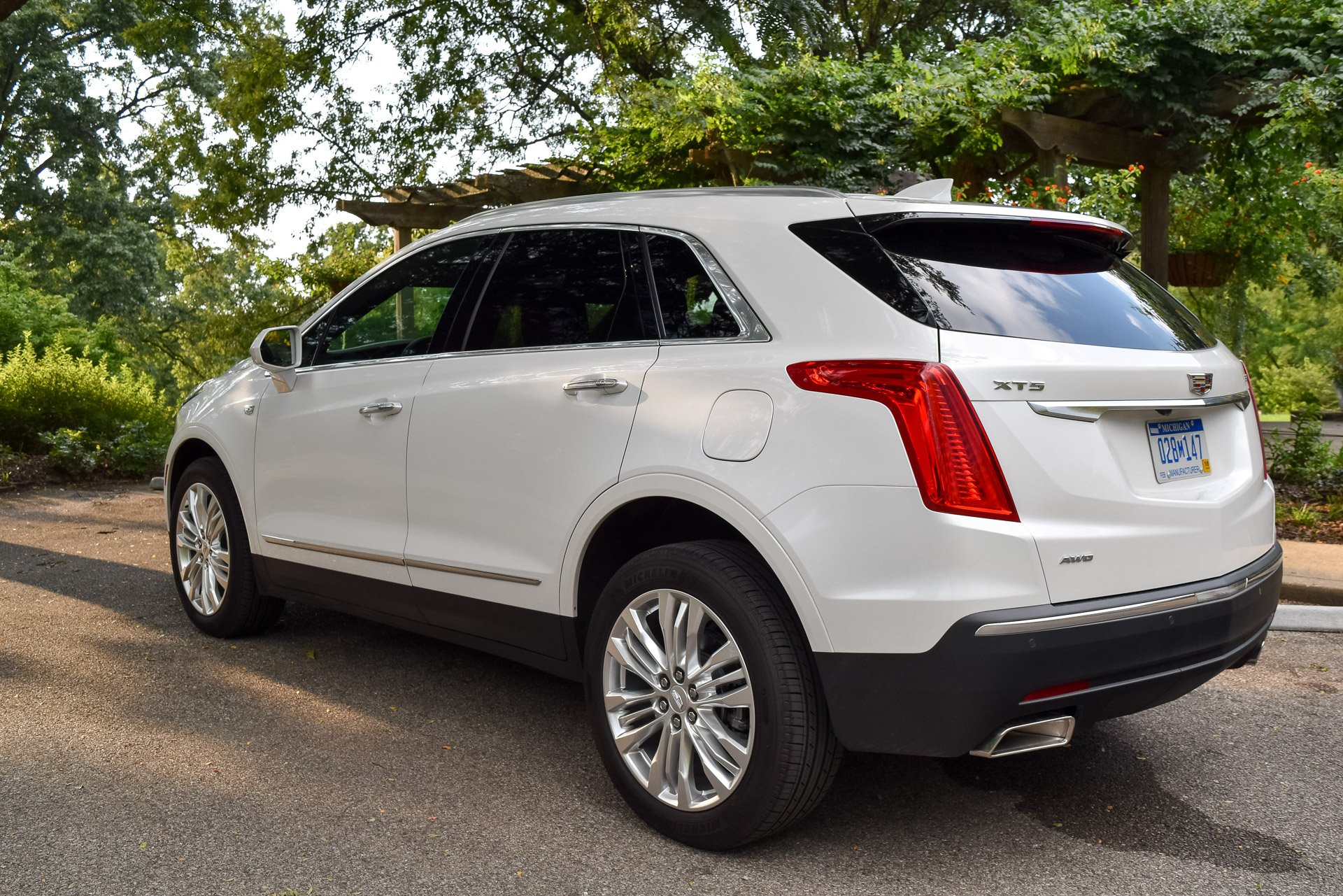 My tester this week is the new 2017 Cadillac XT, which replaces the SRX, a boring and outdated SUV, despite being a top-seller for GM’s luxury brand. I love the direction Cadillac is going with their new and refreshed lineup of vehicles, however I dislike their latest naming convention. Apparently, all future Cadillac sedans will be CT with a number and all future crossovers will be XT with a number. I guess it’s not that confusing, but I still don’t like it. We’ll go the Shakespeare route here and say “what’s in a name?” and move on to what makes the XT5 special.

While the overhaul of this crossover is drastic, cosmetically, it’s not that dramatic when it comes to what matters within this segment – comfort, looks and cargo. The dimensions of the XT5 are reasonably close to that of the outgoing SRX. The wheelbase is slightly longer, which helps the XT5 give the Cadillac the most interior space within this segment. 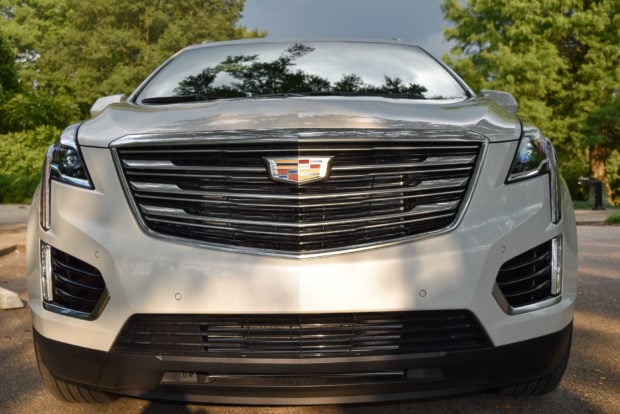 Cadillac went the elegant route, giving the XT5 a more timeless design than its other recent cars. It’s less aggressive looking than their sedans and certainly less bold than the Escalade. The front end is by far the most aggressive part of this crossover. The sleek front slopes backwards, including the LED headlamps, which slide halfway up the front quarter panel. Their design adds distinction at night, and are well proportioned flanking the stately-looking grille. On profile, the XT5 carries much of the same look as the SRX, which is probably intentional as GM is taking a big chance by replacing their top-selling model. The back end is less exciting than the front, and shows where Cadillac clearly took a conservative approach in remaking their crossover. 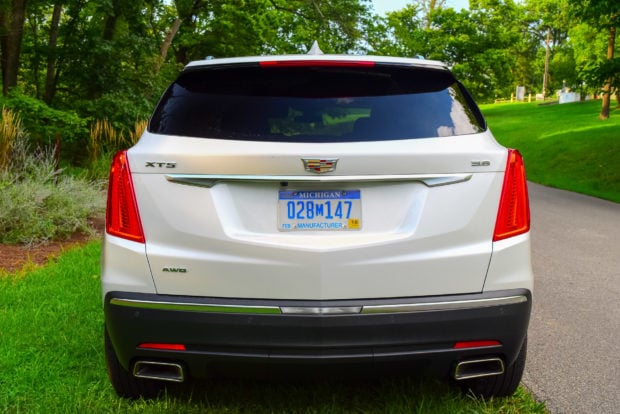 I wouldn’t consider its ride exhilarating, but it won’t disappoint in how refined it feels on the road. If you enjoyed how the SRX drove, you’ll appreciate the XT5. With the powertrain, Cadillac wasn’t particularly adventurous. Rather than offer a turbocharged four-cylinder engine (a very popular trend in crossovers), they stuck with a 3.6-liter V6. This is the only engine option for the XT5. When compared to the V6 engine in the SRX, the XT5 gets a little bit more horsepower and torque, but it’s negligible. There’s an eight-speed automatic transmission that also has stop-start technology. Combined with a nearly 300 pound reduction in weight, the XT5 is more fuel efficient than the SRX, without foregoing any power.

Fuel economy for the XT5 is 18 mpg/cities and 26 mpg/highway. In a week’s worth of mixed driving, I averaged 21 mpg, which is better than average for this segment. 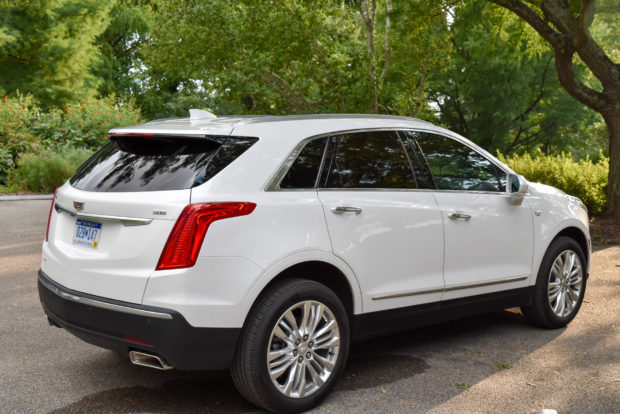 Front-wheel drive is standard, but all-wheel drive is available on all trims, except the base model. The XT5 drives smoothly, and is fast enough off the line, and great at merging onto the highway. In fact, the XT5 can handle all driving conditions making it an ideal family vehicle and daily driver. In the Midwest, the XT5 with AWD will perform well on snowy roads and is also composed in cornering. The right-sized XT5 will be good for almost all parking situations, excluding compact spots. 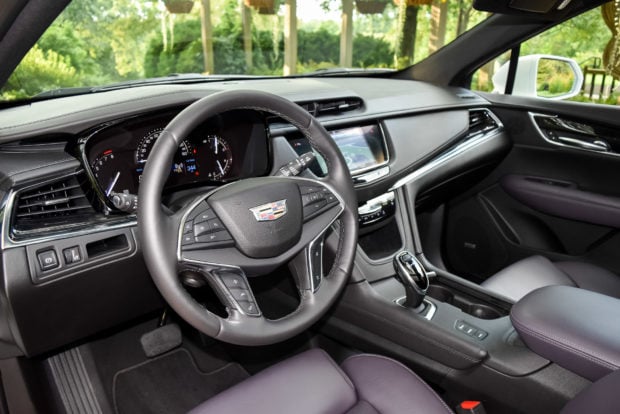 Inside is where the XT5 truly separates itself from the SRX. While the SRX was boring and not nearly luxurious enough for that Cadillac badge, the XT5 is truly a high-end crossover. The larger wheelbase is immediately noticeable in the cabin as the XT5 feels more spacious. The XT5 has 3.2 inches more legroom than the SRX and more cargo room too. Headroom and shoulder room are more than adequate too, and three adults can comfortably sit in the back of this crossover. The rear seats can recline and the entire second row is more versatile with the ability to slide forward or backward, greatly impacting passenger space or cargo space.

The overall quality of the materials used in the XT5 reflect an upgrade down the entire Cadillac product line. Truly, the XT5’s interior is worthy of the Cadillac badge as it’s elegant and classy. On the higher trims, leather seats are available. The front seats are both heated and cooled, and the steering wheel is heated. The entire dashboard is soft with a nice modern feel. The organization of the center stack is clean, dominated by an eight-inch color touchscreen. Underneath the center console is an open, pass through area for additional storage. My wife noted it’s a great place to put her purse. The interior accent lighting that is part of the Premium Luxury trim adds an elegant and classy look to the already sharp cabin. 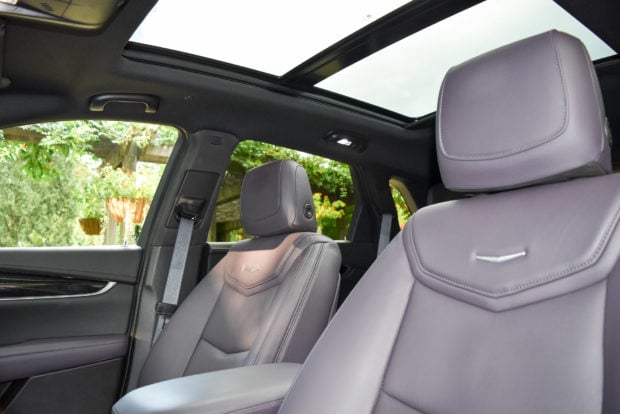 The XT5 gets the second generation of Cadillac’s CUE system. The improvements to the overall feel of this tech-heavy infotainment system are noticeable. The system is more responsive and less cumbersome. Android Auto and Apple CarPlay integrations are welcome additions as well. 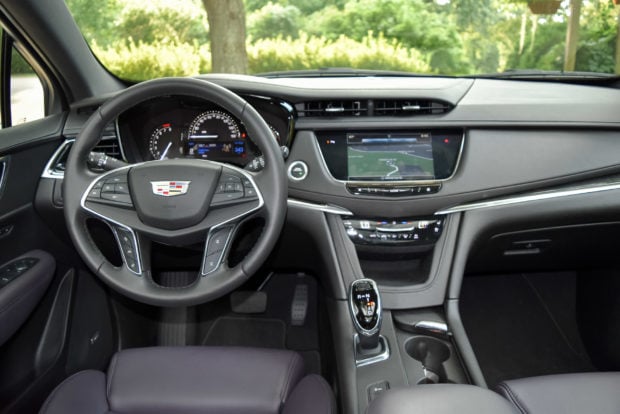 The cargo area for the XT5 is bigger than the SRX was. There’s 30 cubic feet of space behind the second row, which can fold flat. When folded, the cargo room jumps to an impressive 63 cubic feet. There’s a hands-free access through the power lift gate which also has an adjustable memory height. Plus, Cadillac offers an adjustable gate accessory that slides on a track that can help corral cargo and is quite versatile. 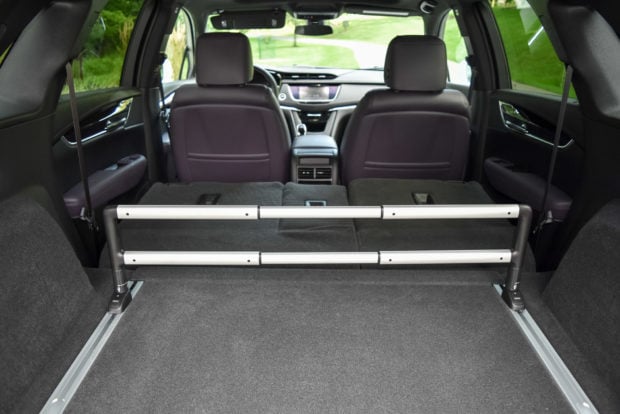 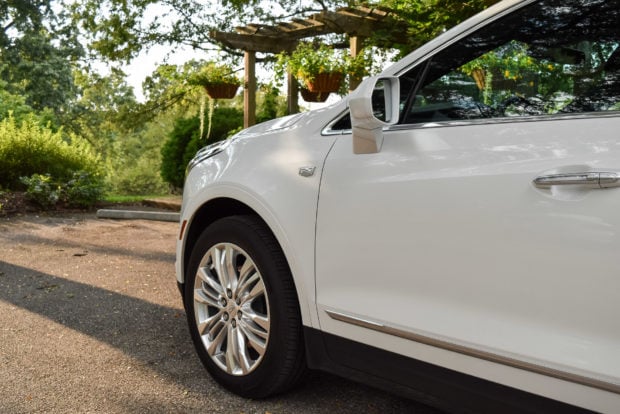 With a new name, new looks, reduced weight, and slightly improved engine, Cadillac looks to improve upon their successful crossover by infusing more luxury and improved fuel economy into the XT5, and for the most part achieved their goals. Look past some of the conservative nature of this crossover and the new name, and you find a crossover that is ready to challenge other luxury brands and is worthy of having the Cadillac logo emblazoned on it.

2023 Cadillac Escalade-V Has Big Power and a Big Price