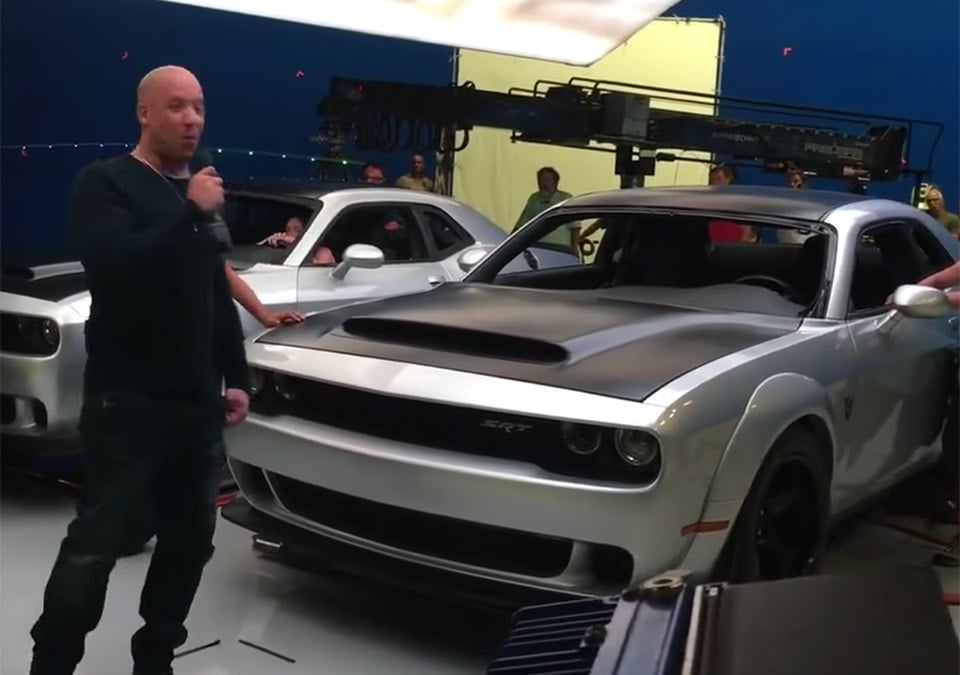 Watch this video of Vin Diesel speaks to the crew on Fate of the Furious and pay close attention to the silver and black Dodge Challengers in the background. Rumor has it that these cars here with the wide hood scoops and big fender flares may very well be the Dodge Challenger SRT Demon that has been teased of late.

One very fast glance at the front right fender of that car appears to show the Demon emblem on its fender, plus it’s got that super wide and flat hood scoop shown in the teaser videos for the Demon. The Fast and Furious franchise has certainly used plenty customized Dodges before so these could be nothing more than prop cars for the film.

We won’t know exactly what the Demon looks like until early April.  It just happens to be that the movie drops on April 12, – the same week the New York Auto Show kicks off. Clearly, that’s not a coincidence. Check out the trailer for Fate of the Furious, and you can see an army of Challengers in action too:

What we do know so far is that the Challenger SRT Demon will be even hotter than the Hellcat and has lost some weight.