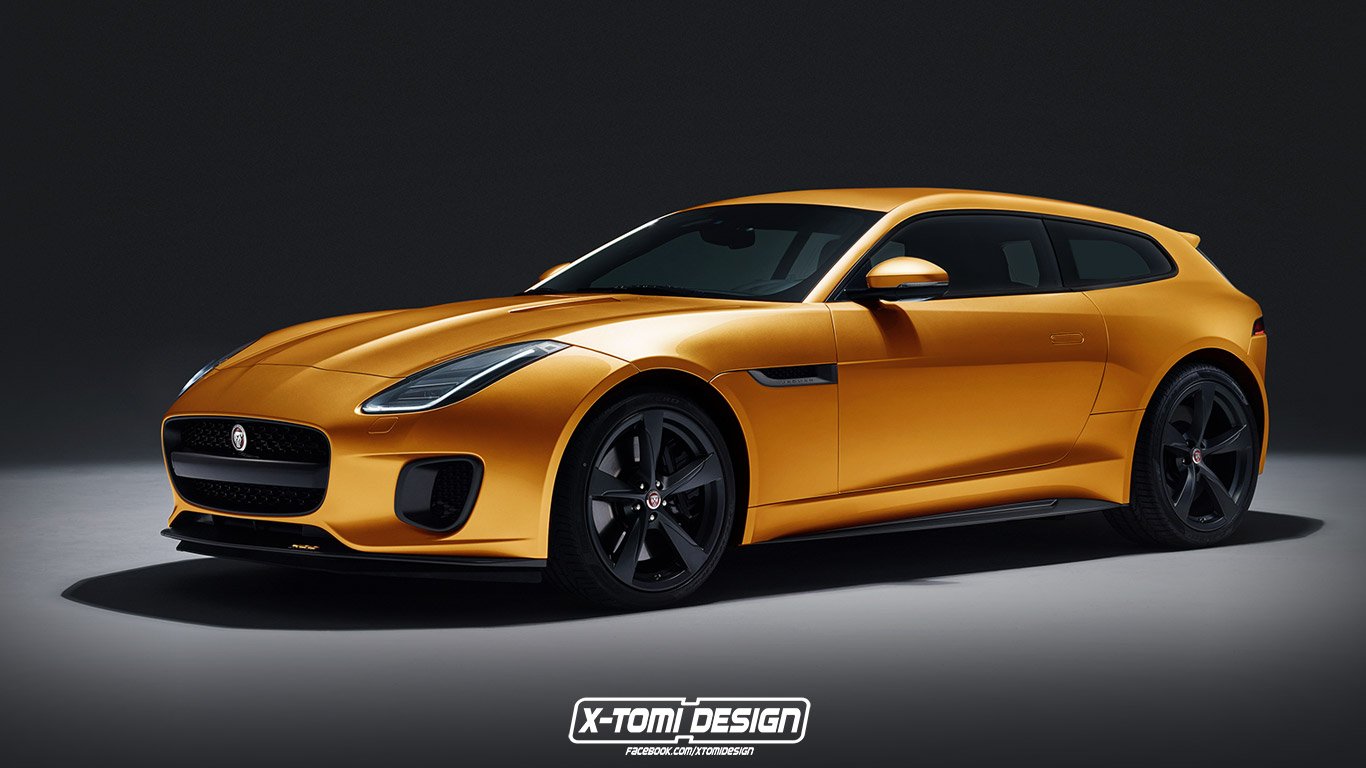 The Jaguar F-TYPE is one of the most gorgeous cars you can buy. In fact, I was so enamored of Ian Callum’s masterpiece when it first came out, I bought one for myself. I’ve got the convertible in Firesand Orange, which I went with because I like to drive with the top down, but the coupe features an even more refined design.

Now, concept car illustrator X-Tomi Design has envisioned what the F-TYPE coupe would look like if they made a shooting brake version. I think it truly looks spectacular, and it’s not just me. I conducted an informal poll of my friends on Facebook – many of whom are automotive journalists, and the vast majority who responded agreed that it looked amazing.

It’s really a small change to the existing coupe design, but the higher rear and integrated spoiler gives it an even racier design, and a bit more cargo space, making it an even better car for road trips than it already is. While we can’t see what the rear looks like, I’m guessing that it’s like a squashed F-PACE back there.

With so many F-TYPE variants out there, from convertible to coupe, from RWD to AWD, from supercharged V8 to V6 to a rumored Turbo 4, from automatic to manual, why not add a shooting brake version too? It couldn’t be that hard to make a tweaked rear end, right? Jaguar, what are you waiting for?