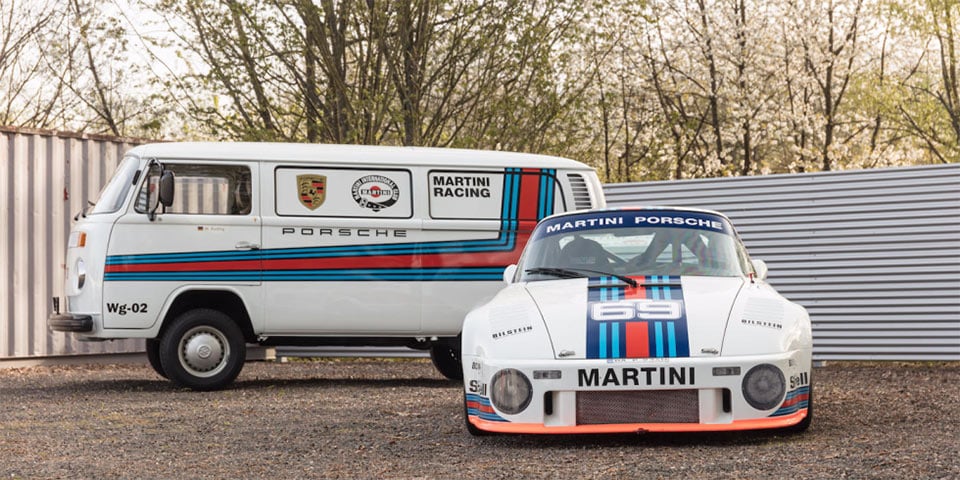 Of all the racing liveries out there, the Martini designs are some of the coolest of all time. A Bonhams auction coming up at Spa Francorchamps will have a pair of very cool Martini-liveried vehicles up for auction. One of them is a 1977 Volkswagen Type 2 Transporter bus. The other and much more interesting is a 1976 Porsche 934/5. 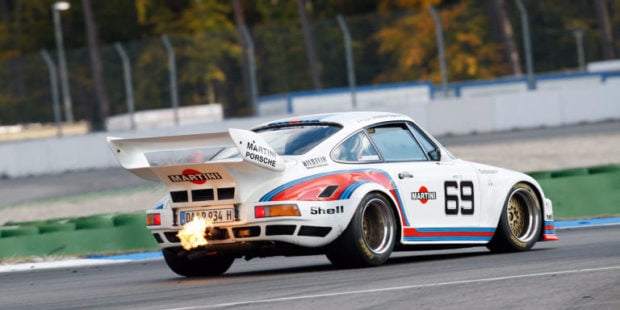 Sadly, neither of these cars is an original Martini Racing vehicle, but they still look awesome. The Porsche is an actual race car that was originally owned by Kremer Racing. It is chassis #930 6700478 and raced three events in 1977 before going into storage. 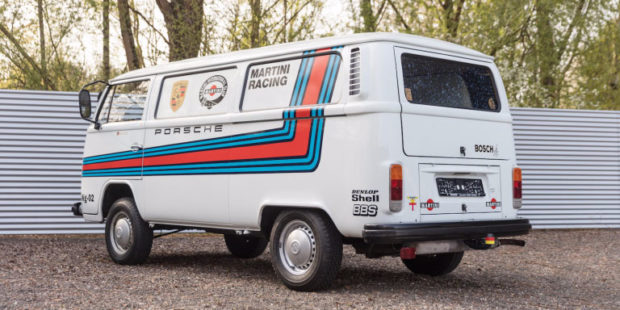