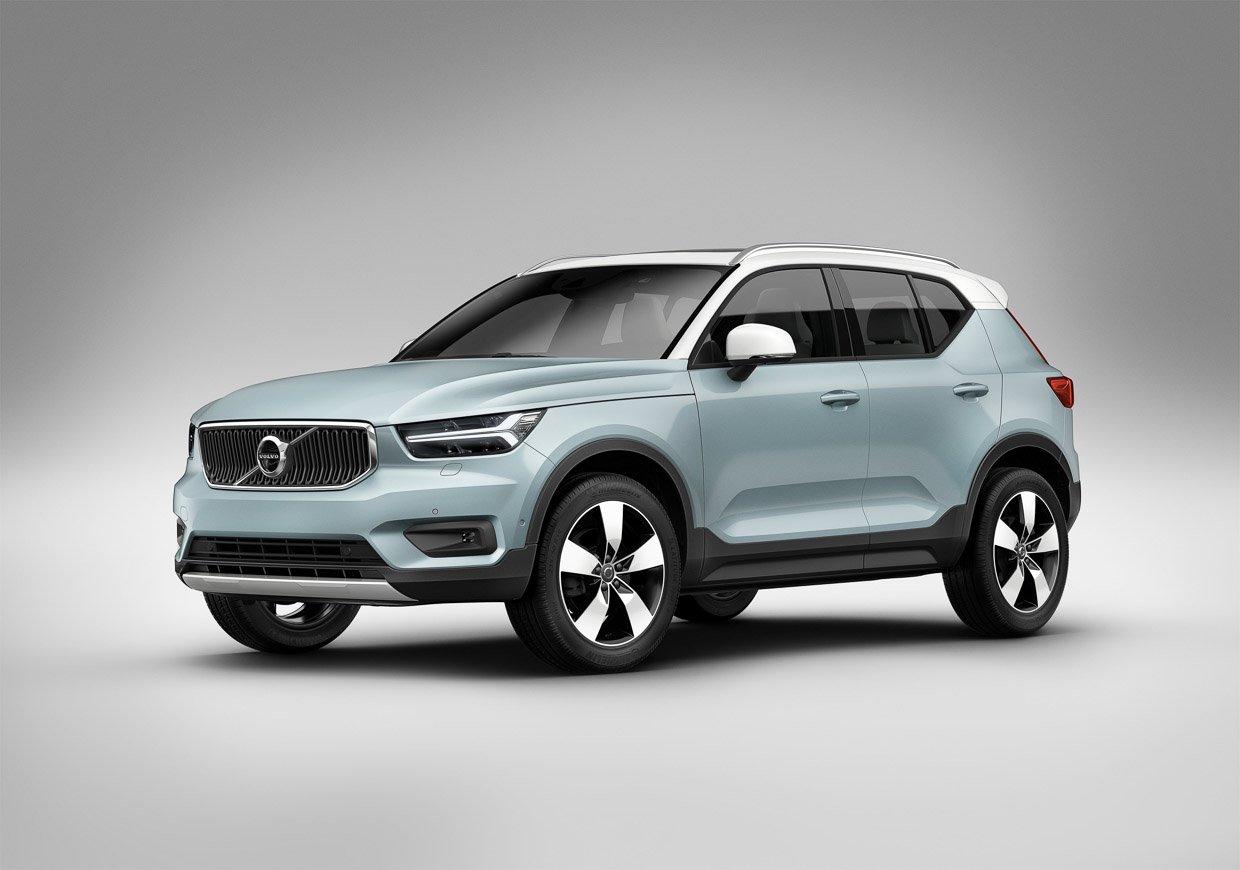 With the recent – and very well done redesigns of their XC90 and XC60 SUVs, Volvo has just taken wraps off of its third entry into the space – a compact crossover known as the XC40. Given its stylish, urban looks, it’s not really a big surprise that Volvo decided to reveal the XC40 during Milan fashion week, rather than a traditional auto show setting. 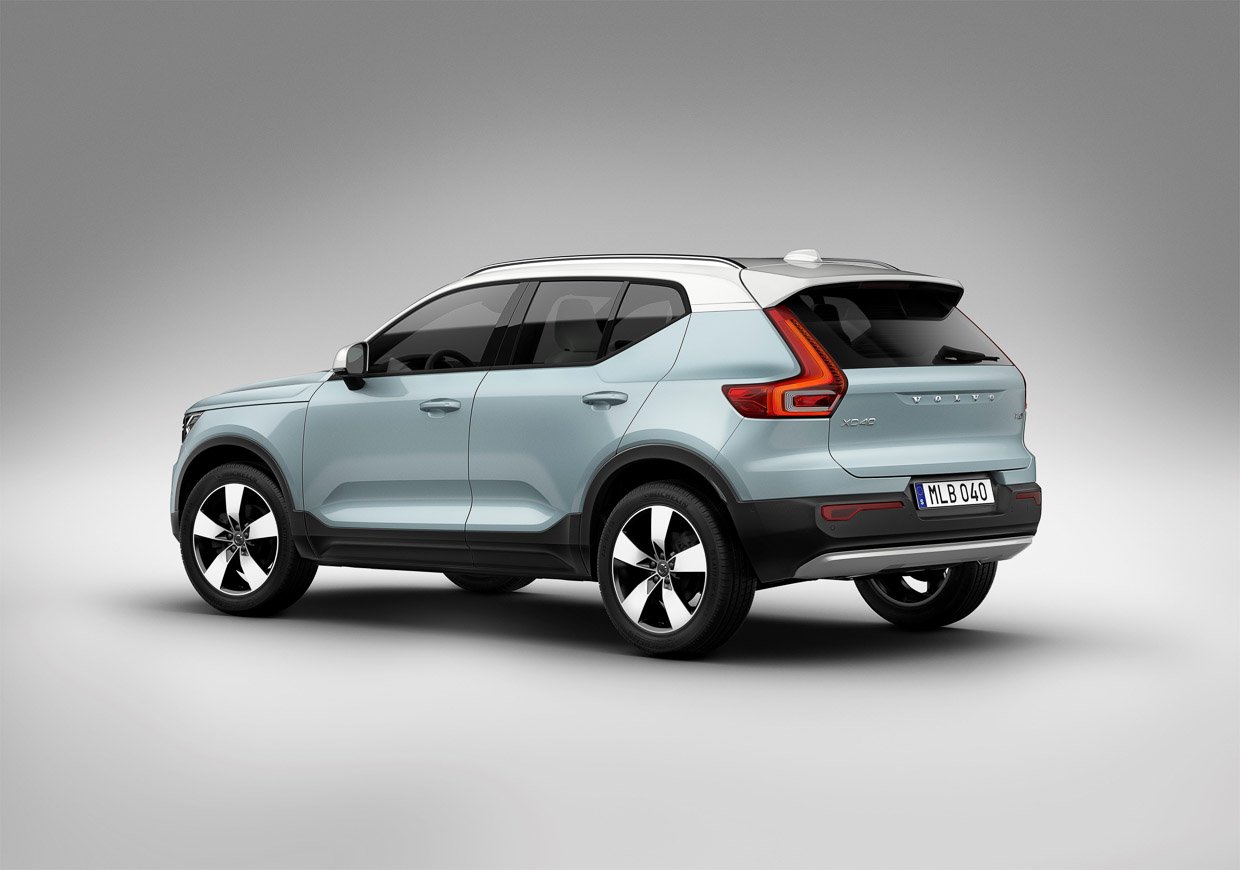 It certainly looks like it was born from the same creative vision that drove Volvo’s other recent designs, but the 174″ long XC40’s looks are a bit more playful than the rest of the line, in part thanks to its available two-tone paint, but also due to its stubbier proportions. XC40 Lead Exterior Designer Ian Kettle used the words “tough little robot” to describe the XC40’s attitude, and I can totally see that spirit in the final car. 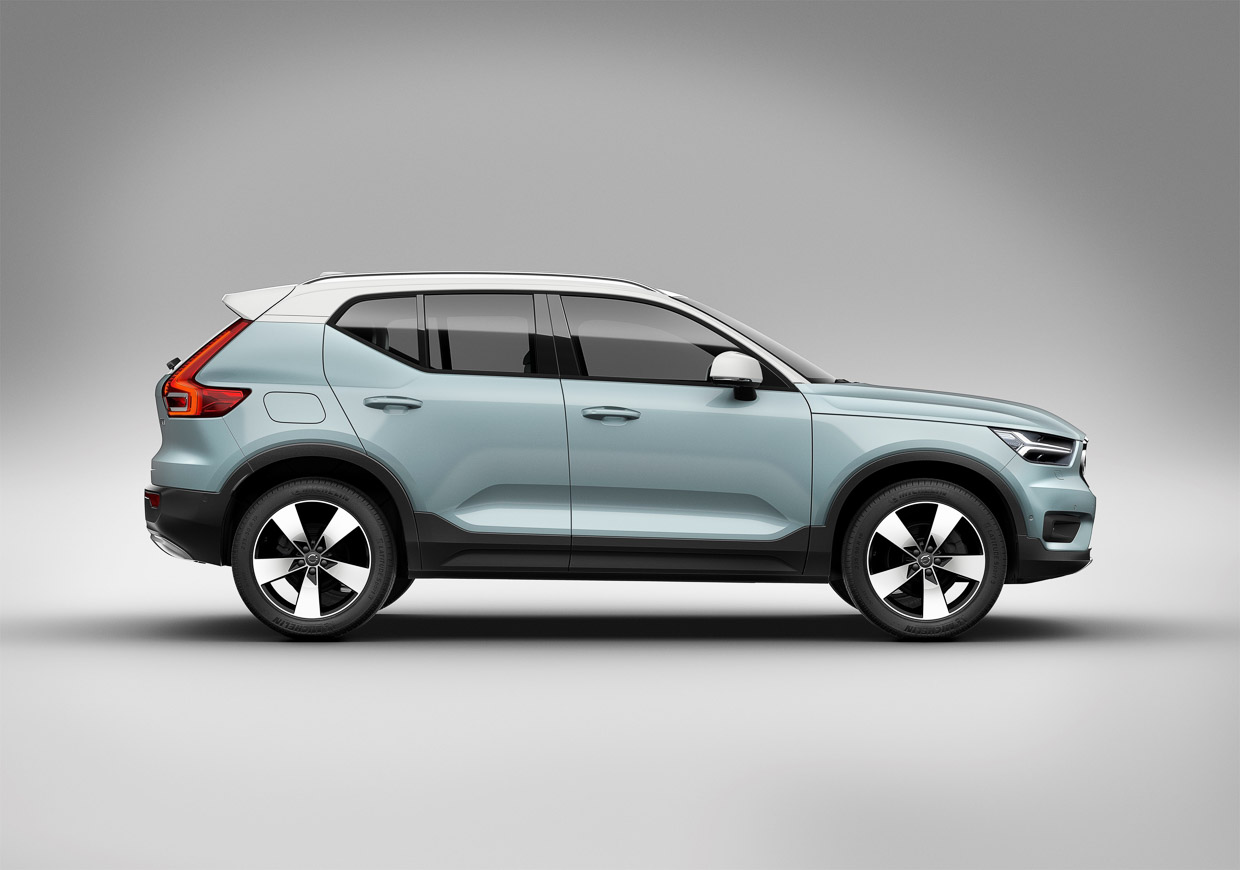 A decade ago, I would have never used the word “adorable” to describe anything Volvo made, but the XC40 is just that. It’s cute, but also got a bit of an edge, and its styling is immensely appealing without being overly feminine or masculine. Now that takes some creativity to pull that off. From above, you can get a better look at the two-tone paint on the doors and roof (available in either white or black,) and also the optional panoramic sunroof. 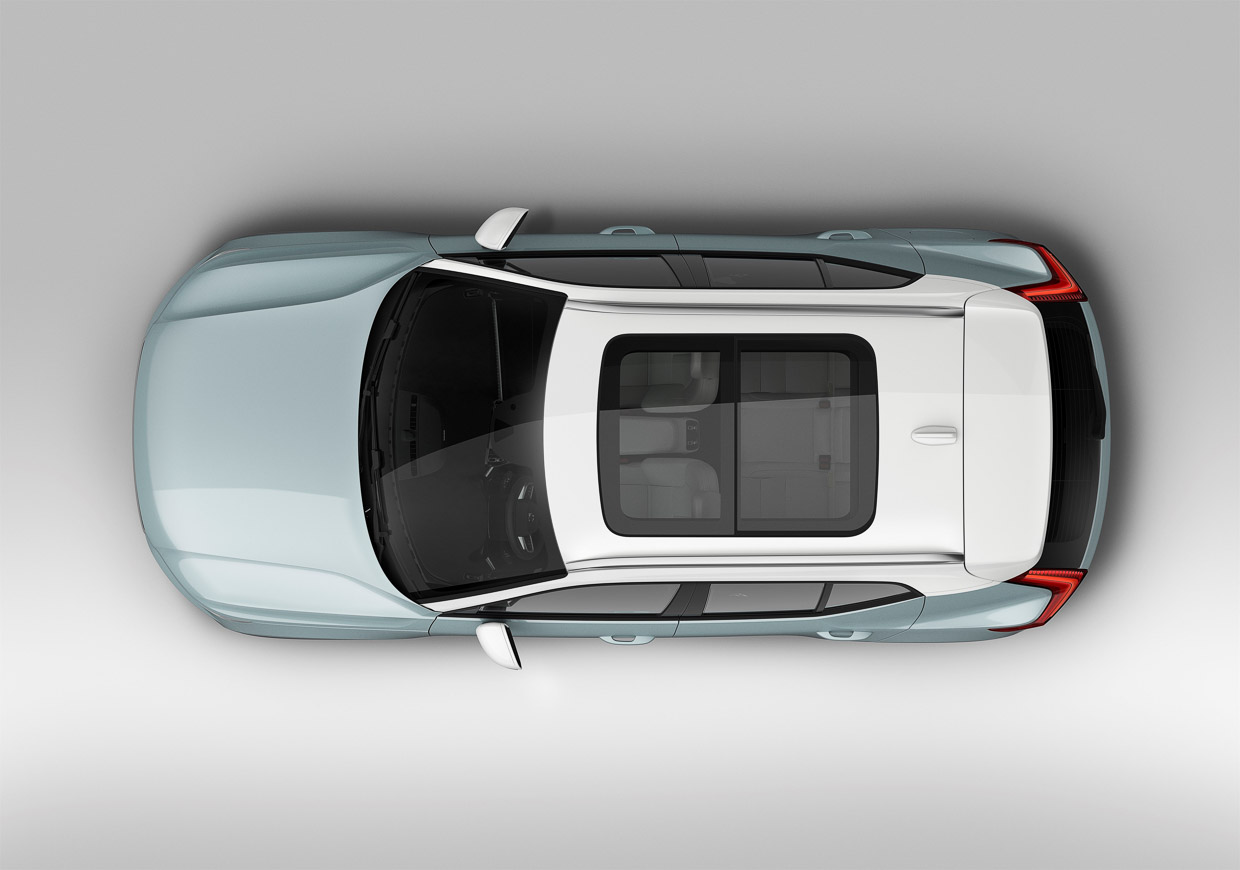 For starters, the XC40 will come in two trims – Momentum, which gets 18″ silver alloy wheels, a 12.3″ digital driver display, power liftgate, and Apple CarPlay and Android Auto integration, while the R-Design bumps up to 19″ black diamond-cut alloy wheels, Sensus Navigation Pro, and lots of glossy black trim elements. 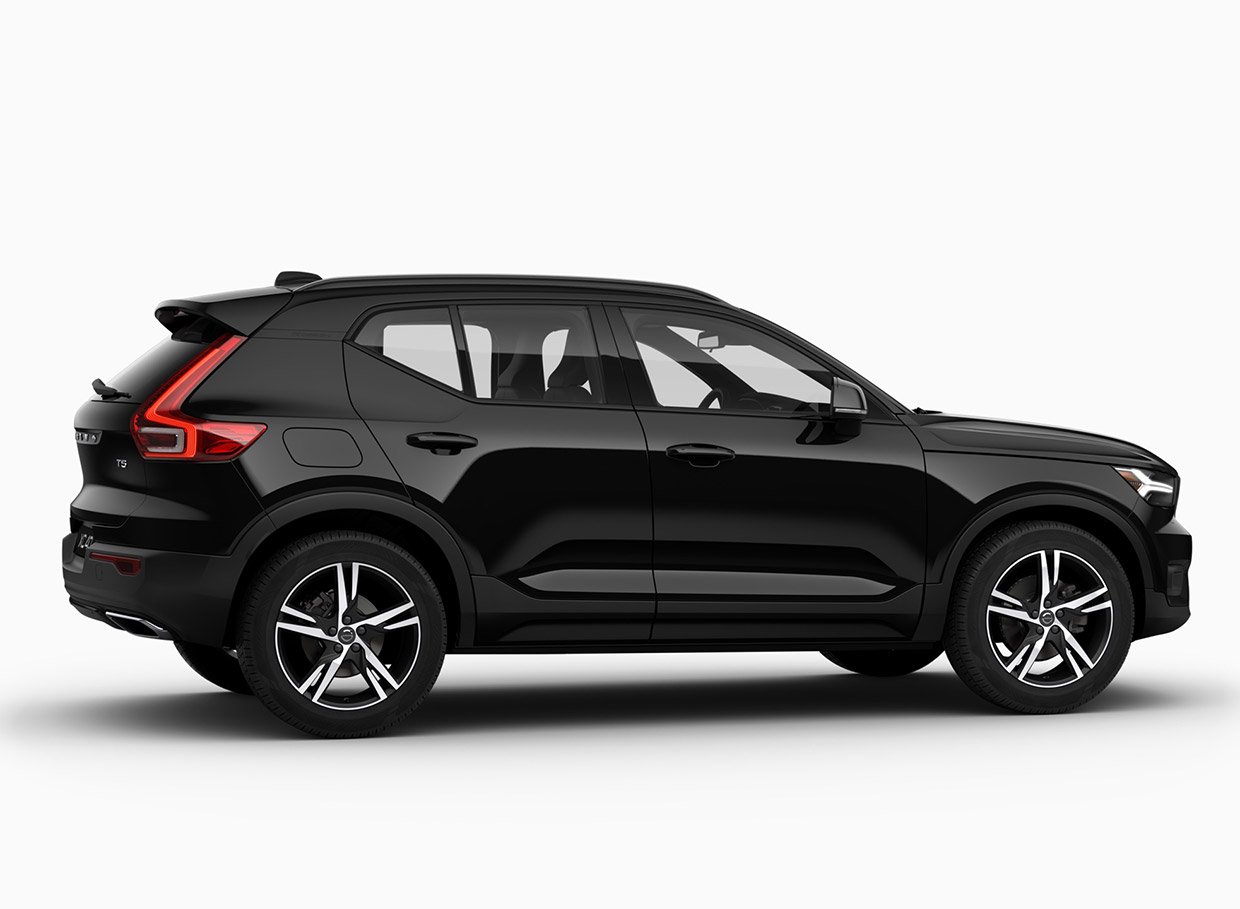 Inside, the XC40 has the same sense of substance and Swedish high tech minimalism as Volvo’s most recent releases, and that’s a good thing. They’re doing interiors that are right up there with Mercedes-Benz and Audi, but at the same time, making them distinctively Swedish.

It’s got plenty of smart and practical storage locations in the cabin too. By moving the speakers to a different location than the usual lower door panel, they were able to provide large storage pockets in the door panels, providing enough room for a small laptop, tablet, or even a purse. There’s also a folding hook for bags, a cubby for storage inside the center armrest, and a nice size tray in front of the shift lever which also doubles as a wireless charging base.

Out back, the XC40 has a hands-free power liftgate, one-button fold down rear seats, and a removable load floor for extra space. There’s a total of 47.2 cubic feet of cargo space with the back seats folded, which puts it ahead of the Mazda CX-3, behind the Honda HR-V, and just about on par with the Audi Q3. I also appreciate that Volvo opted to give the XC40 a nice high ground clearance of 8.3, not that I expect to see many of these ever leave the pavement. 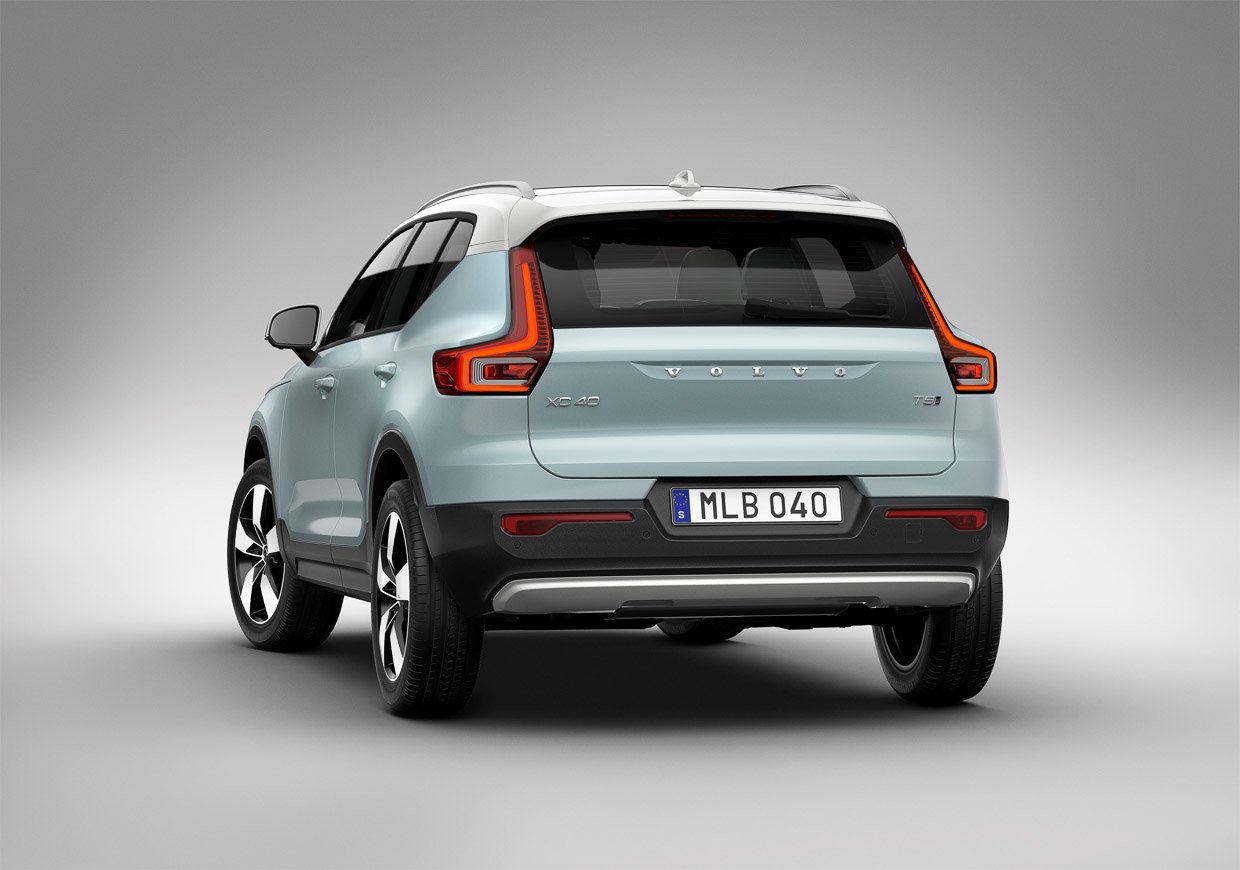 Volvo has been doing an excellent job with its technology offerings of late, and the XC40 will offer the same elegant, tablet-like center touchscreen for interacting with its infotainment system. There’s also scads of high tech safety features as Volvo continues its march toward a goal of eliminating automotive fatalities. In the city, it can identify cars, pedestrians, cyclists and large animals, and automatically brake to help avoid a collision, while on the highway it’ll help keep you in your lane if you start to drift out of it by applying steering and braking as necessary. Also along for the ride is Pilot Assist, which combines adaptive cruise control with gentle steering assistance to help keep you centered in your lane. 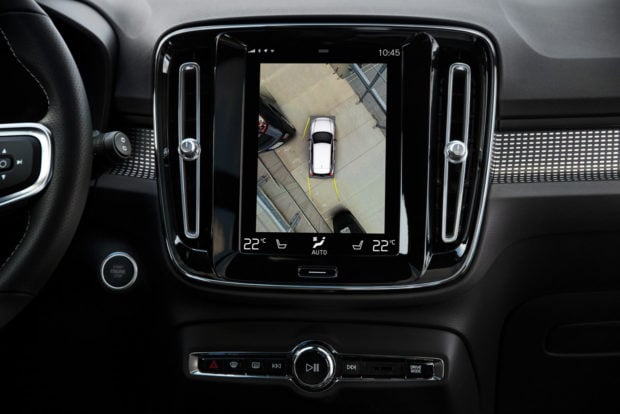 Volvo has yet to announce detailed drivetrain specs or a release date for the XC40, but we know that it will be offered with all-wheel drive and a 2.0-liter four-cylinder engine with Volvo’s unique supercharging and turbocharging tech to give it a peppy 248 horsepower and 258 lb-ft of torque. Base price for the XC40 Momentum here in the US starts at $35,200, while the upgraded R-Design starts at $37,700. 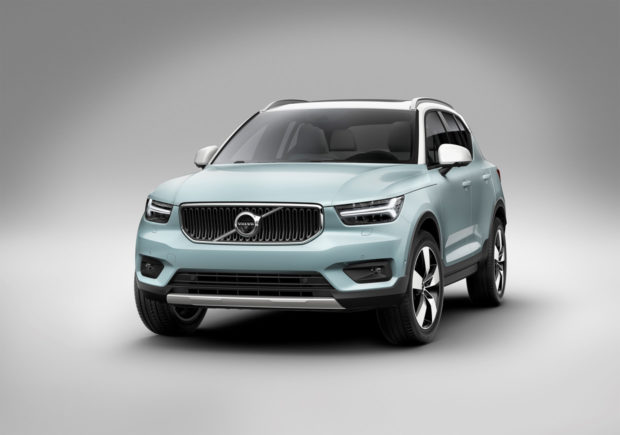