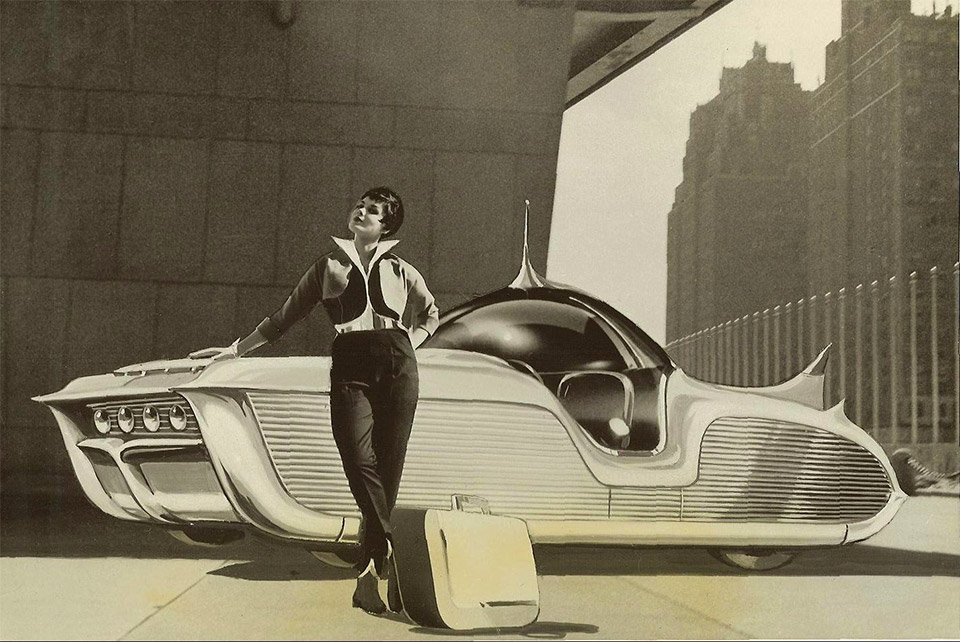 I have a strange affinity for unusual concept cars. One of the wackiest designs I’ve stumbled across in my travels has to be the American Motors Astra-Gnome, a “space age” concept that dates back to 1956. 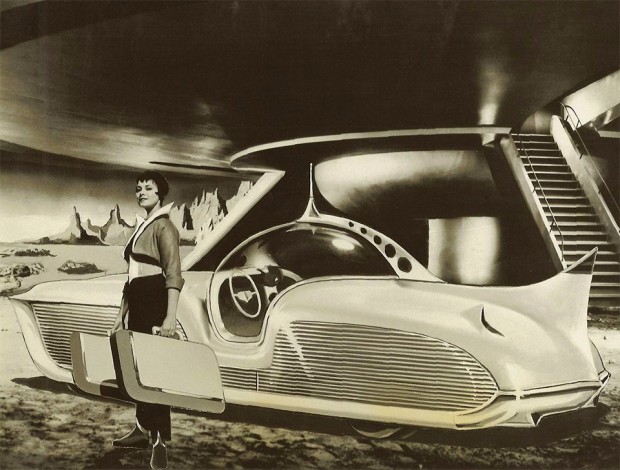 The car was designed by Richard Arbib as a look forward towards the future, incorporating design elements that made it look like hovercar of sorts – though it still rode on wheels. The bubble-shaped passenger compartment might not have been the safest design, but it certainly captured the feel of a spaceship, and the placement of its antenna made it look like it was communicating with the mothership. 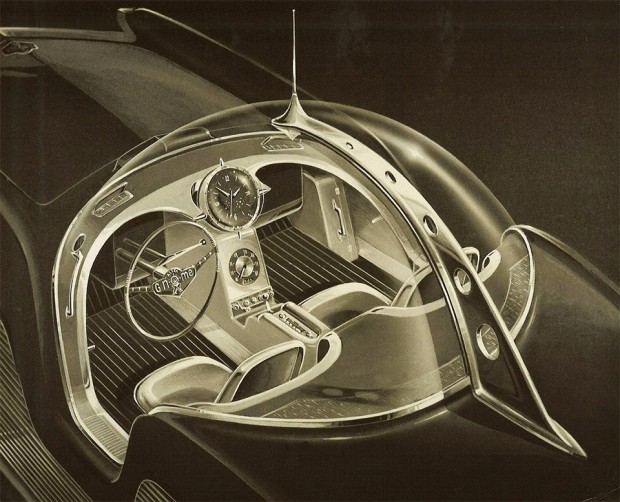 That bubble served more than just an aesthetic purpose too – it was designed to provide improved acoustics for the car’s hi-fi system – which included a record player. Perhaps my favorite element in the Astra-Gnome’s forward-looking interior was the “celestial time-zone clock, permitting actual flight-type navigation.” I’m not sure what that means, but it sounds awesome.

While the car was designed to be a glimpse at the shape of things to come, it was actually built on the chassis of a contemporary car, the quirky little 1955 Nash Metropolitan. Impressively, the concept car weighed under 2,000 lb., thanks to the generous use of aluminum in its construction. 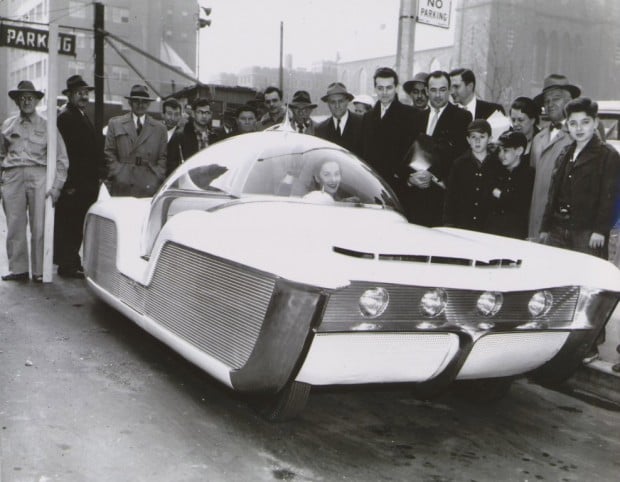 While concept cars of its era were often destroyed or lost, the Astra-Gnome has been preserved and fully restored. It’s part of the cool and quirky museum collection at the Metropolitan Pit Stop, located in Valley Village, California.