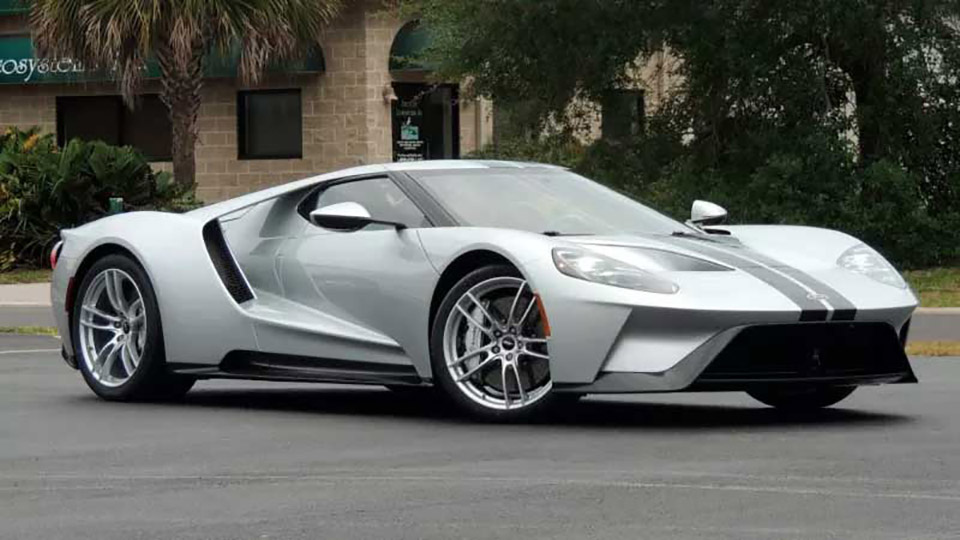 Ford really doesn’t want owners of the current gen Ford GT to flip the cars for profit. In fact, it wrote a 2-year ownership stipulation into the deal for all buyers of the car. That didn’t stop wrestler John Cena from flipping his car and being slapped with a lawsuit by the company. It also didn’t stop whoever owned Ford GT #48 from selling his car at Mecum Auctions this weekend.

That car rolled across the block and sold for $1.65 million, about four times the MSRP for the hard to get supercar.  The auction video below shows an official at the event telling people the car is safe to buy.

That official says the sale was contested in court and that the judge sided with Mecum. The car had only 7 miles on it and was silver with black stripes, possibly the most boring of the available color combos. The auction might help Cena get out of trouble with his deal, which is still in court.