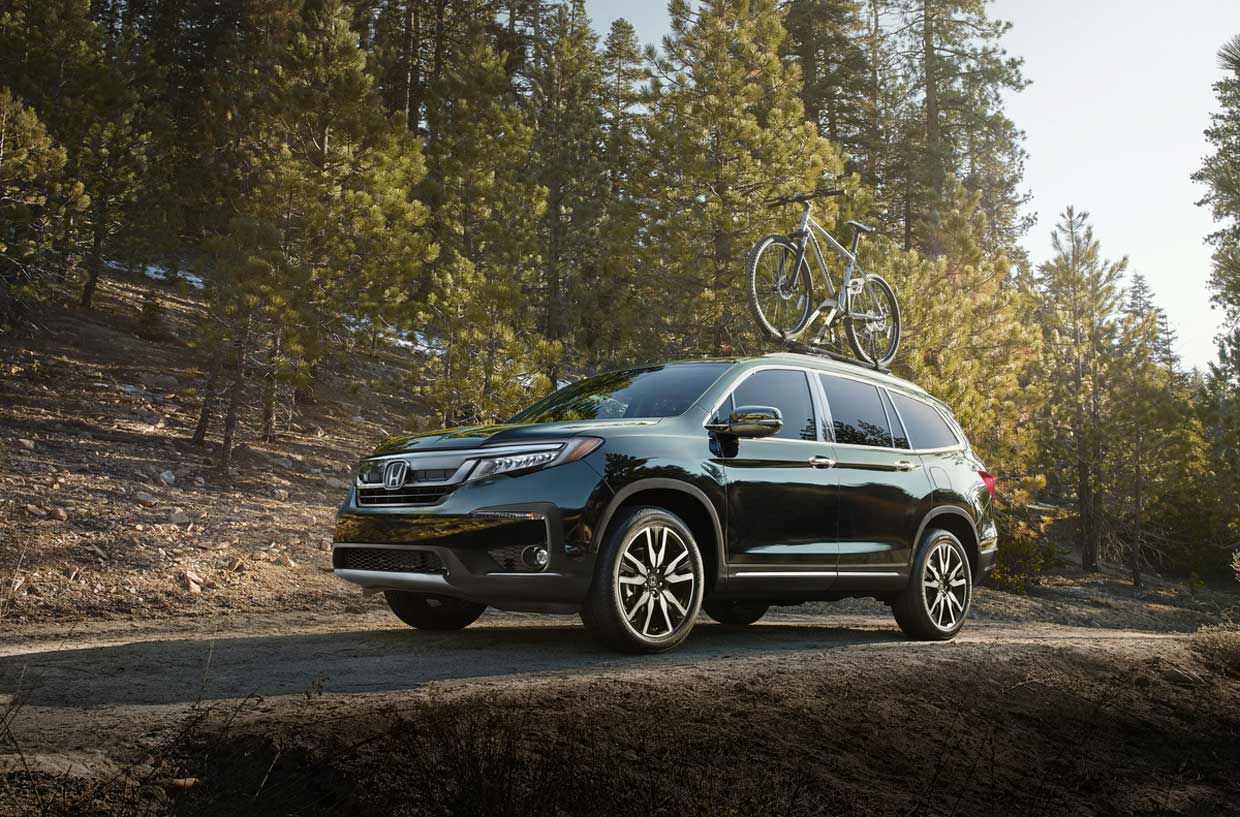 If you have been looking for an SUV that can seat up to eight people, and won’t break the bank, you might want to hop over to your local Honda dealership. Honda has announced pricing for its refreshed 2019 Pilot, and that it’s now on lots ready to buy.

For 2019 the 8-seater gets standard Honda Sensing safety tech on all models. If you’d rather have independent second row seats, the Pilot Touring model can be had with captain’s chairs making for a seven-seater.

The chart below lists out all the pricing for different models of the Pilot. The cheapest version of the SUV is the LX 2WD, selling for $32,445. Once you hit the $43,515 Touring trim or higher, a 9-speed automatic replaces the standard 6-speed auto transmission. A fully loaded Elite AWD will cost you $49,015, including destination. 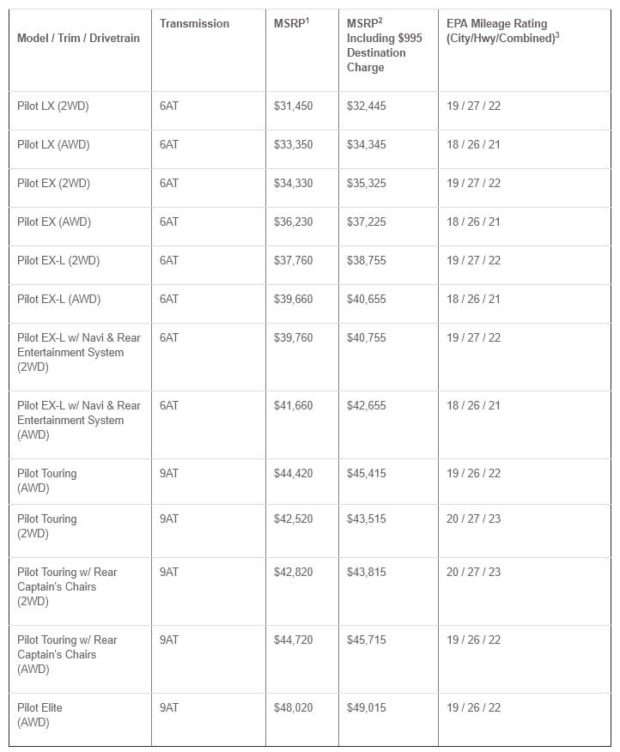