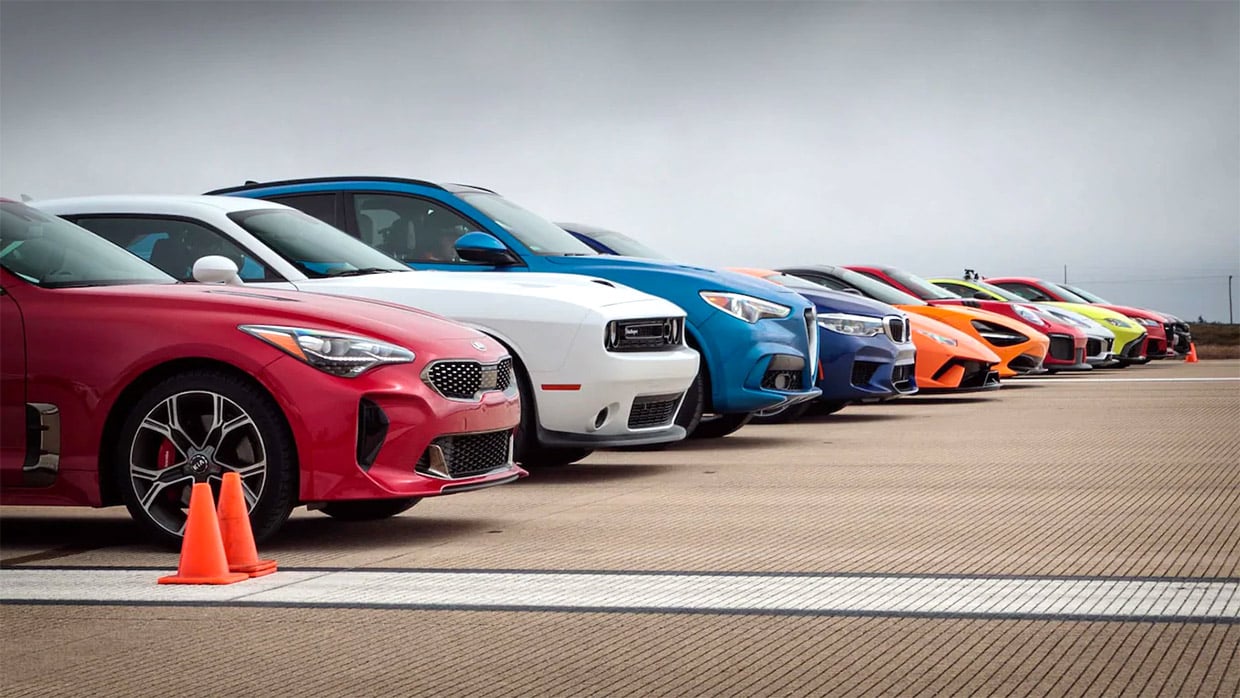 I’m often jealous of the guys over at Motor Trend. I’d love to be able to drive the sweet cars they get their hands on all day long. At least that’s what they do in my imaging of the job. It’s probably way more boring than I think. Still, each year they manage to round up some awesome cars and drag race them in an event called the World’s Greatest Drag Race.

This race may be all the proof you need to understand why a flappy paddle automatic gearbox is faster than a manual gearbox. Dodge’s drag racing ride was no match for the supercars, and the manual boys had no chance. You can check out the 1/4-mile race here, but you must subscribe to see the 1/2-miler.