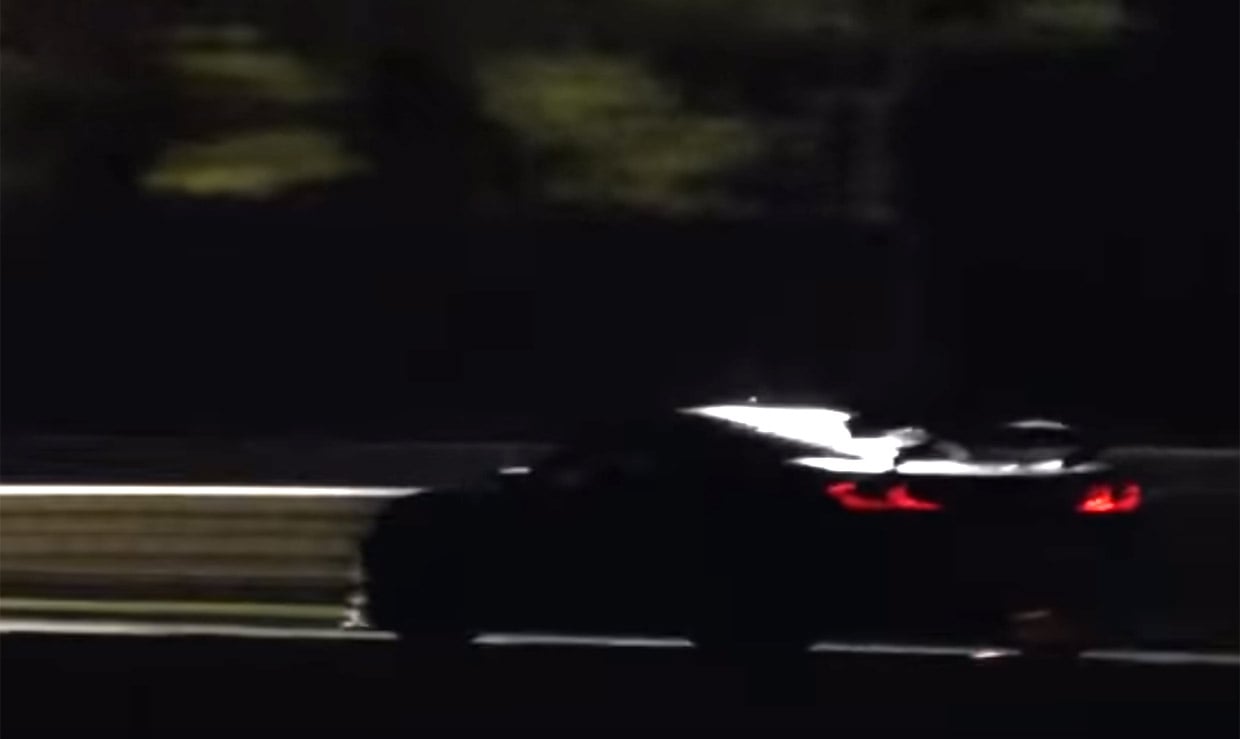 I’m not sure how the person who posted this video managed to make their way into what appears to be a closed test session, but I am glad they did. The video shows off what appears to be the rumored mid-engine Corvette C8.R race car in testing at the famed Sebring racetrack.

The first thing you will notice is the sound of the race car. It lacks that distinctive V8 rumble we associate with American muscle. This car sounds much more like a European supercar. Speculation is that the V8 in the car might be using double overhead cams rather than pushrods for higher revs or perhaps a flat-plane crank like the Ford GT350.

Both of those technologies would reportedly give the car a different exhaust note than expected. The car belches flames, which is cool no matter what sort of engine it has.

Keep in mind that the production C8 Corvette is likely to be a bit more tame than this professional race car, but it’s still a taste of what we might expect from the next generation of one of America’s great sports cars.