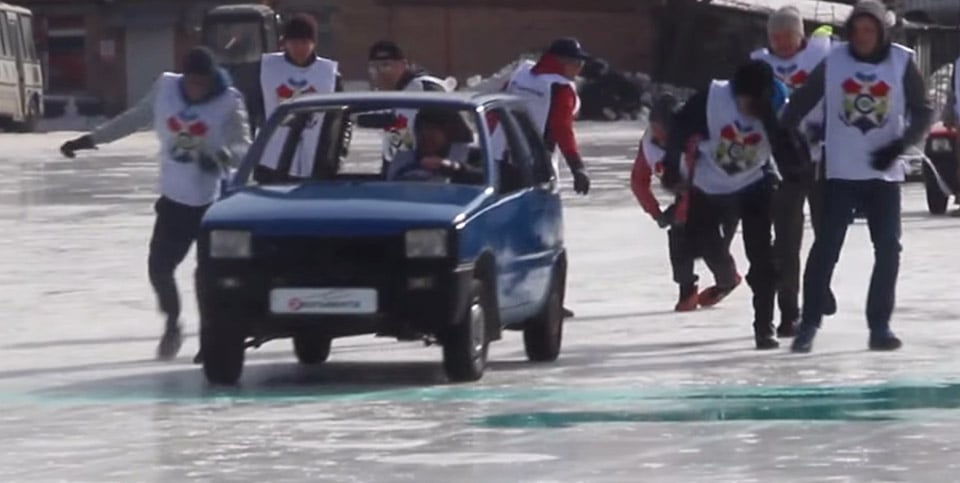 Curling is a game I don’t understand at all. It’s done on ice and has people sliding a stone that looks like an old iron down an icy lane. People in front of the puck use brooms to polish the ice and control where the thing goes.

The idea is to put the stone into a circle. In Russia, using sliding stones is apparently too easy, so these guys use crappy old econobox cars instead. They have no brooms either. Instead, a group of people push the car as fast as possible and the driver is responsible for steering and attempting to tries to stop the car in the icy circle.

You’ll need to watch the video, but it looks like there is some pain involved in this game: