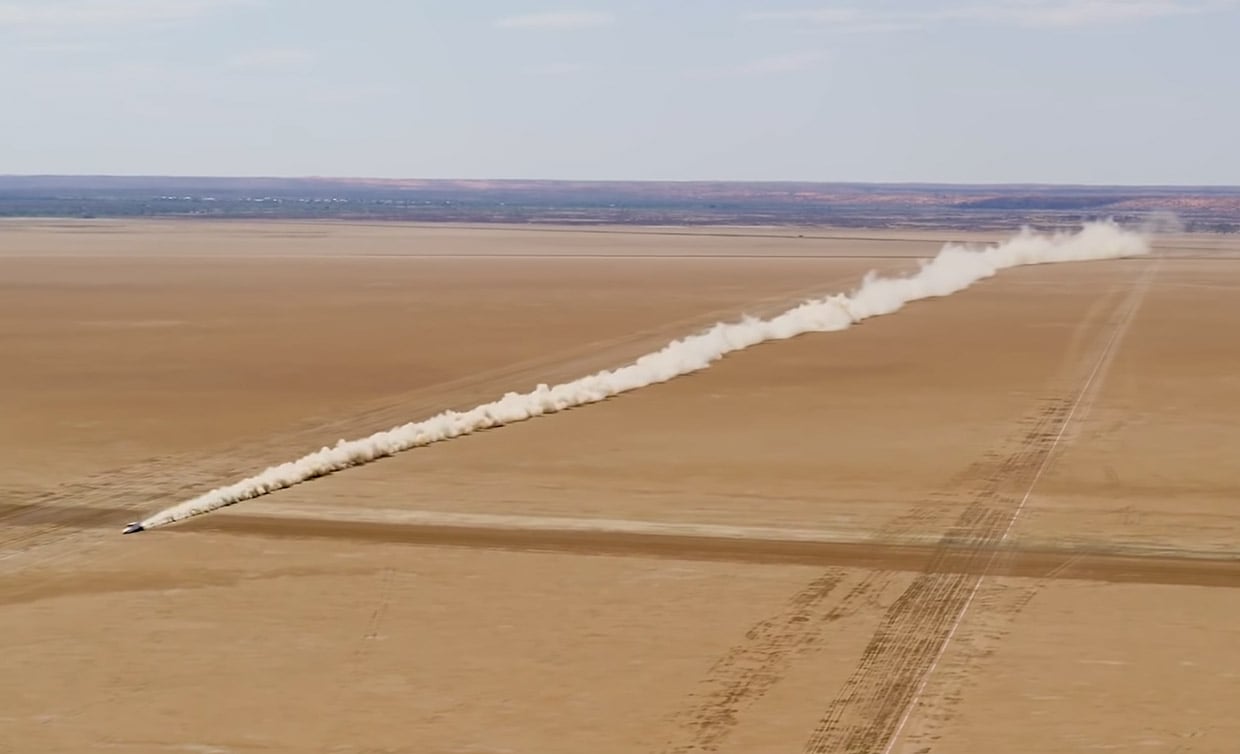 When it comes to cars, there’s fast, then there’s FAST… and then there’s REALLY REALLY FAST. While cars with regular internal combustion engines or electric motors have only recently knocked on the door of 300mph, jet- and rocket-powered vehicles can go quite a bit faster. So when you’re aiming to break the World’s land speed record, you want something that’s more like a rocket or fighter jet than a Bugatti or a Koenigsegg.

The guys from the Bloodhound LSR team have been working for a number of years on smashing the current land speed record – an insane 760 mph – which was set by RAF pilot Andy Green all the way back in 1997. This time out, they’re aiming to not only break that record, but to eventually pilot their car to 1000 mph. With Green back in the cockpit, and modern engineering improvements, they’ve got as good a chance as anyone to break the record.

Recently, the team has started high speed test runs in the Hakskeenpan desert in South Africa, gradually ramping up the speed on successive runs. And just a few days into testing, they’ve managed to hit a speed of 501 mph. You can check out the test run in the video clip below – it’s quite impressive.

Damn. That thing launched like a rocketship. I’m oversimplifying the incredible engineering feat that this is, but it looks like somebody took a fighter jet, clipped its wings, then added some wheels to it. To slow the thing down as it sped across an 8 mile stretch of flat desert, they deployed one chute at 490 mph, then a secondary chute at 390 mph, then finally some seriously heavy duty brakes at 200 mph, eventually bringing the rocket car to a stop 5.8 miles from where it started.

If you’re interested in more details about this particular test run, you can find them in the Bloodhound LSR Run Report.