Jeff Gerner of FRP Engineering took to the Bonneville Salt Flats outside of Salt Lake City, Utah in his Audi S4 with a 136 cubic inch engine that he pushes more than 1,000 horsepower out of and set the world record speed for a production sedan. Jeff’s world record average speed was 236.599 mph and his estimated top speed was over 260 mph! Congrats to Jeff and his whole team for this amazing feat.

In the clip below, we ride along with Jeff in the car as he sets the record. The car goes a tiny bit sideways when the chute deploys. That’ll make your heart skip a beat. 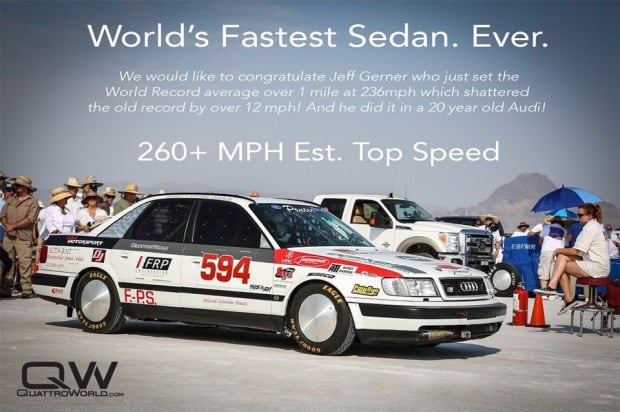 Thanks to Redditor chrisfa5 for sharing this one.