One’s mind doesn’t immediately go to the Buick Encore when considering a rugged off-road vehicle to participate in a brutal race like the Dakar Rally, but that’s what Buick is doing under their European brand, Opel. The special crossover vehicle, dubbed the “Mokka”, was created specifically to participate in the legendary Dakar Rally 2015. The race will be held in January and the competitors will raced across Argentina, Bolivia and Chile.

Of course, the production vehicle has been heavily modified for the grueling event, with nearly 10 inches of suspension travel to deal with the sand, jumps and holes. It also comes with a 135 gallon gas tank to feed the racer’s 6.2-liter V8 engine, which puts out 340 horsepower. The new truck was first revealed at the Moscow International Motor Show. 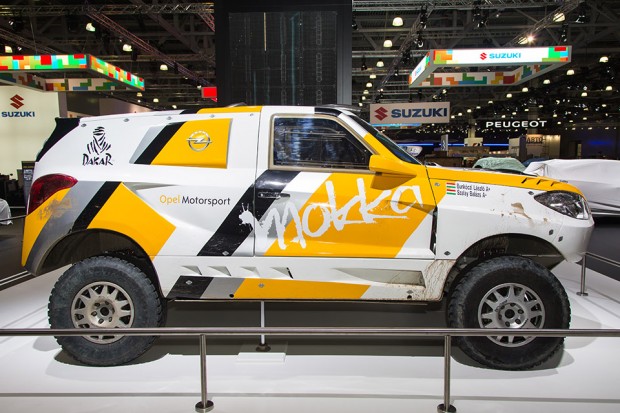 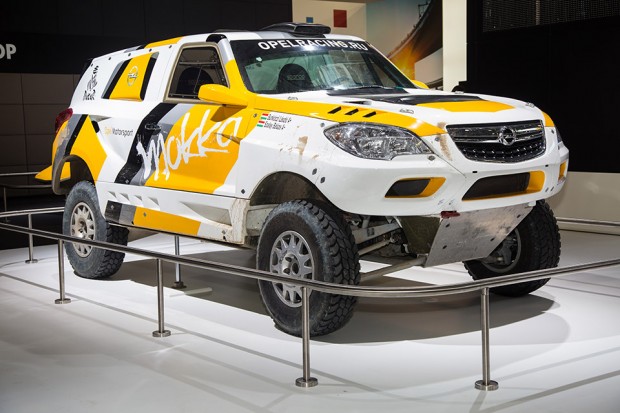 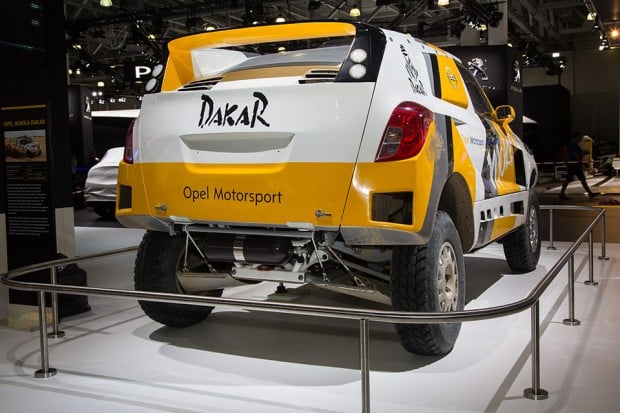