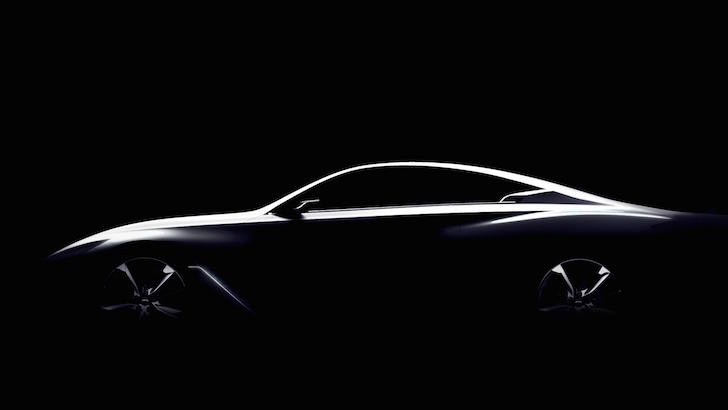 Infiniti will be arriving at the 2015 North American International Auto Show (NAIAS) in Detroit with a new concept car, the Q60 Concept. The Japanese automaker has unveiled a teaser image prior to the official reveal in January and, to me, the low-slung coupe shares a number of design cues we saw in the Q80 Inspiration Concept, albeit in a slightly smaller platform. The concept image shows off a dramatic sloping roofline, prominent wheel arches, five-spoke wheels, and a forward-swept trim detail along the C pillar that is also reminiscent of what we saw on the Q80 concept.

Perhaps Infiniti will reveal more of the concept before its official debut, but otherwise we’ll have to wait for them to lift the veil in Detroit in mid-January.