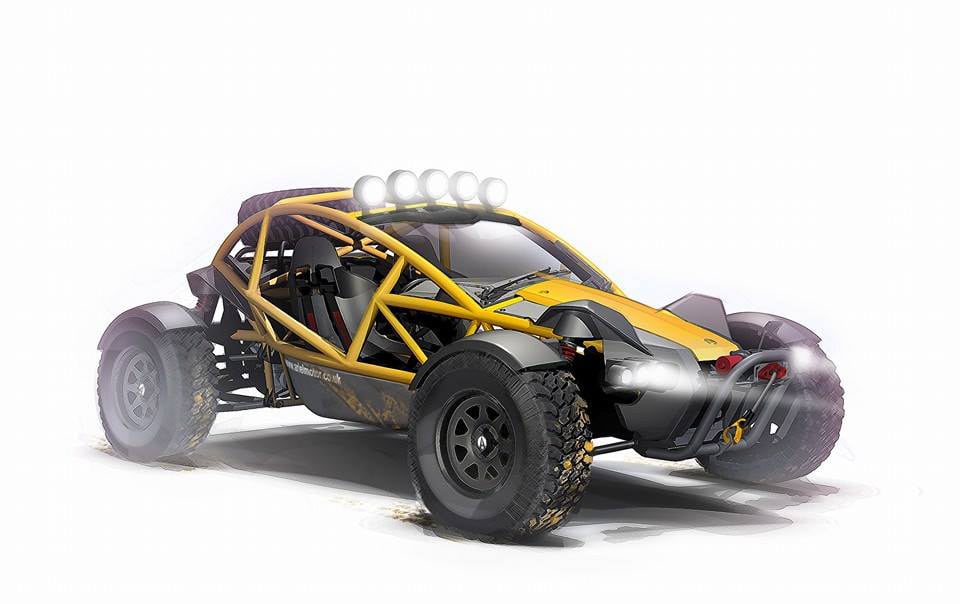 Ariel Motor Company is well known for their ultra-lightweight, minimalist racers, and now the company is looking to take their track cars off road with the Ariel Nomad. The open-body, dune buggy-like off road racer will make its official debut at the 2015 Autosport International Show in January.

Similar to the Ariel Atom, this car doesn’t show a lot of unnecessary components, with a spaceframe chassis and a four-cylinder engine pushing the car along, it’ll probably perform well beyond what one can imagine. Up front, the Nomad has a beefy brush bar to provide some additional protection and even has a windshield to protect the occupants from debris — something that’s hard to find on the Atom. In back, the spare tire sits above the engine and behind a lightbar which should provide plenty of illumination if you’re off road after dark.

Ariel says the off-roader will cost about £30,000 (~$46,700 USD), but hasn’t released the detailed specs for the car. We’re sure to hear more after it’s officially unveiled. Deliveries are expected to begin in the middle of 2015. 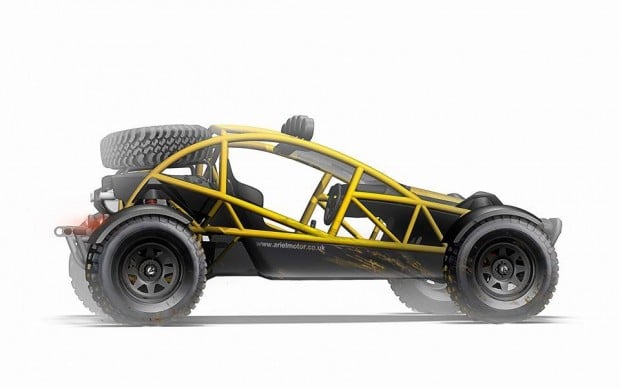