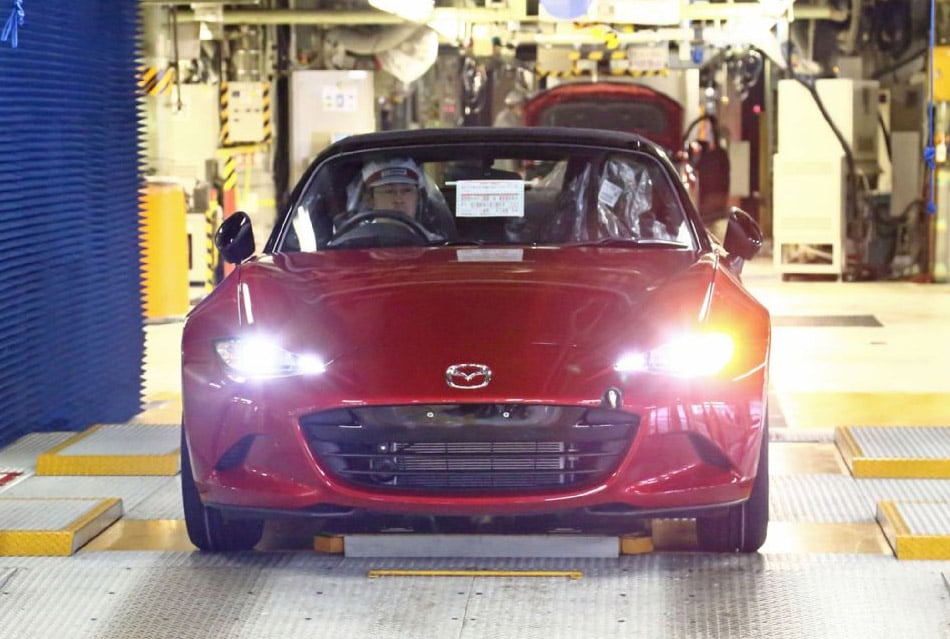 We already know most of what there is to know about the 2016 Mazda MX-5 and its redesign. I’m still a bit on the fence about the style of the new car, but I’d totally drive one. Not long ago we learned that the 2016 MX-5 will have less power than its predecessor, but it will be lighter so better performance is expected.

The new MX-5 will be ready to purchase later this summer. Naturally, before sales can start, production has to kick off, and that has now happened. The first of the MX-5 cars rolled off the Japanese assembly line in Hiroshima this week. 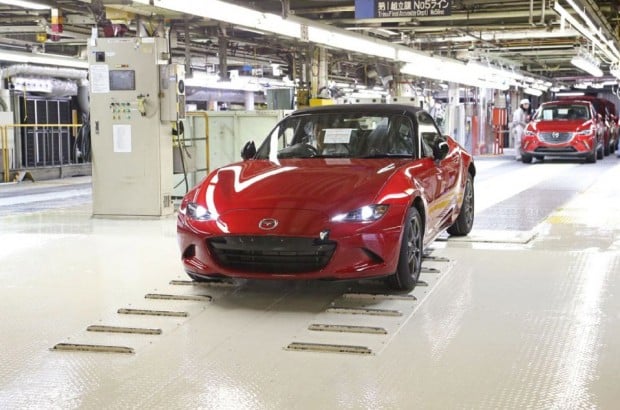 This first handful of cars will be for the Japanese market. Sales will begin in Japan in June and the car will come to the U.S. shortly after. Anyone wanting one in Japan can see a dealership for pre-sale discussion starting March 20. I really wish Mazda would have given the car more power, but I am looking forward to seeing one of these on the track. 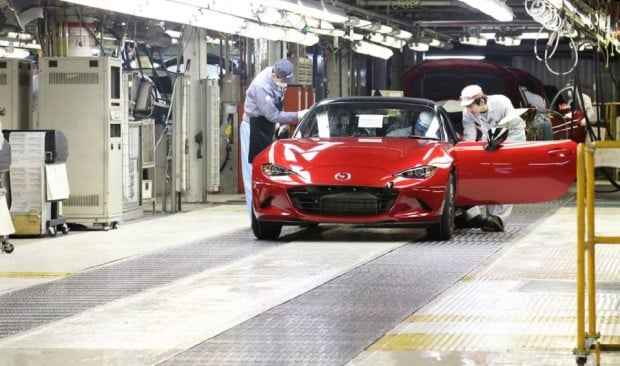