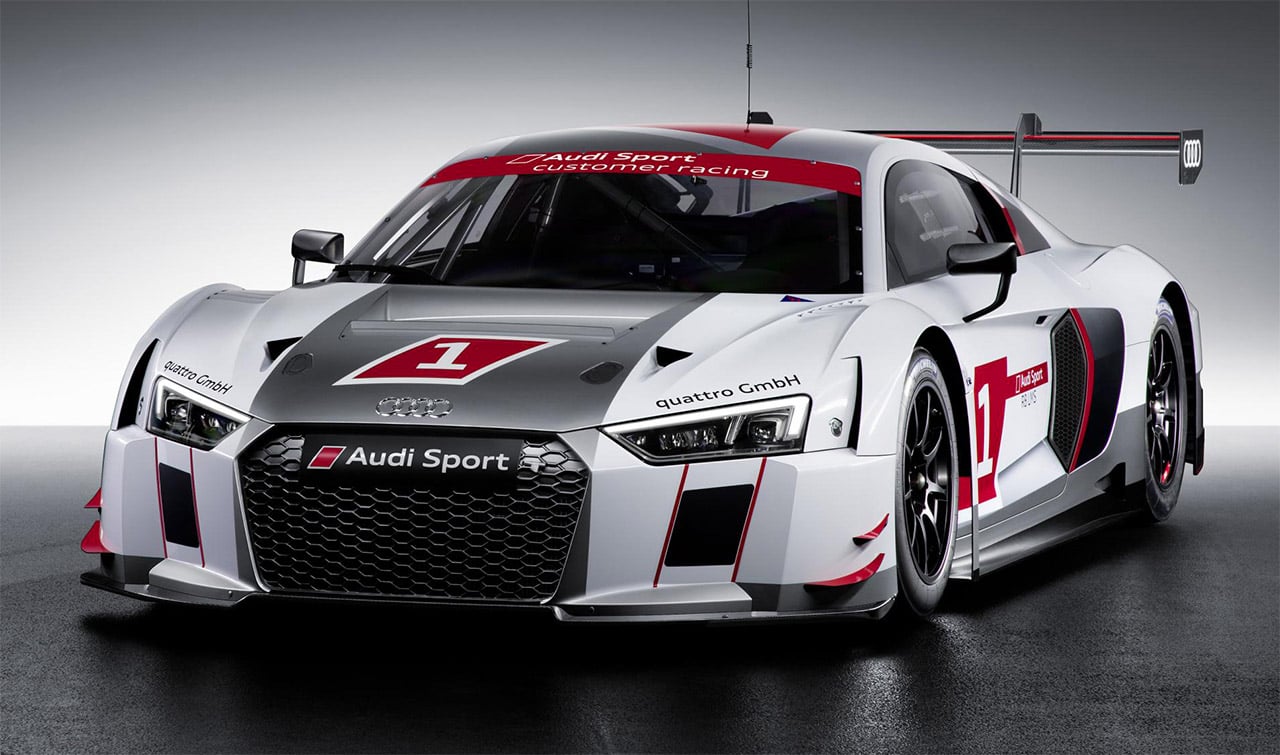 If I won the lottery, you can bet much of the loot would be spent on awesome cars with more than a bit of the money going to cars that I wouldn’t even be able to drive on the road. To kick off my newly-outfitted garage, I would totally buy this awesome Audi R8 LMS GT3 racecar. This is a true factory built racer that anyone with the green and the skill to drive it can buy and race.

The racer has 585hp and performs well enough to have scored some wins in its career. The car sells for $400,000(USD) and Audi plans to build and sell 45 of them. Drop $446,000 and Audi will give you some extra gear along with the car. I’m not sure what that extra gear entails, probably wheels, extra safety gear, and such.

Production kicks off September 21, and the first cars can be delivered as early as October 26.