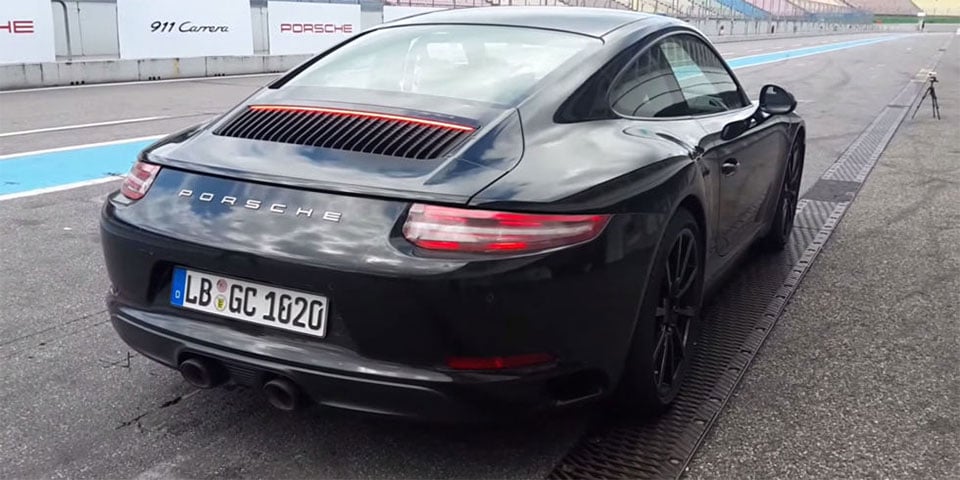 I’ve never thought that the Porsche flat six was the best sounding sports car in history. I prefer the wail of a V12 Lambo or Ferrari. Still, the Porsche 911’s exhaust note has always sounded pretty darn good. Like many car fans, I worried when Porsche decided to go turbo with its 2017 Carrera that the exhaust note would be lacking.

If this video of a 2017 Carrera is any indication, the new 911 Carrera might sound even better than before. I am a sucker for some turbo whine after all, and the car still has that raspy sound that I remember from previous generation 911s.

I rather like the sound of those turbos whining as the car cruises down the starting line. What do you think about the sound, better, worse or indifferent? Here’s the previous generation for comparison: