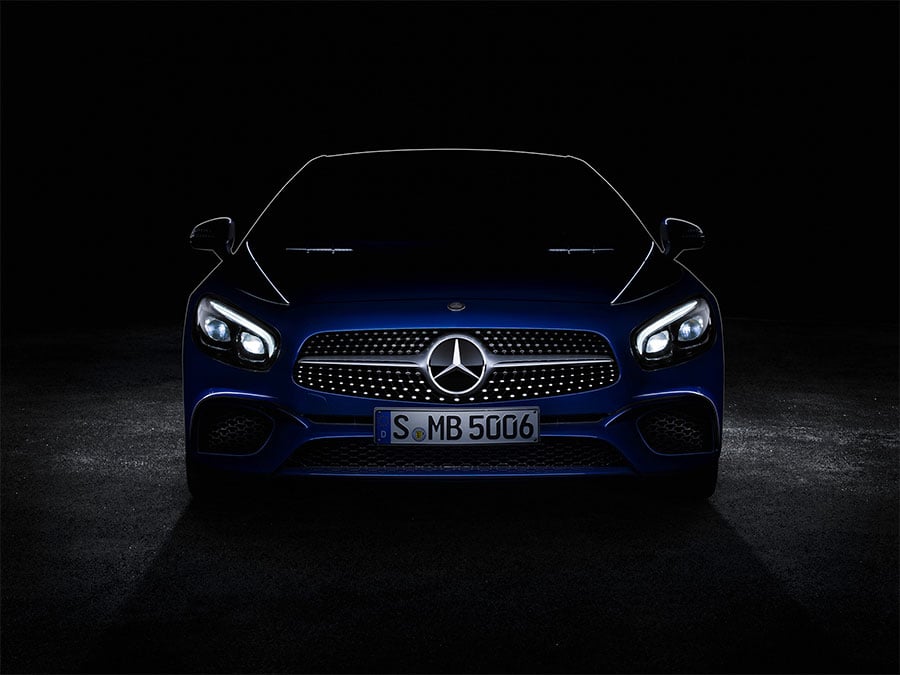 Mercedes-Benz has offered up the requisite shadowy teaser image of its new 2017 SL that will be unveiled at the 2015 LA Auto Show next week. The image doesn’t show much detail, but we can see that the lights, grille, and intakes have been changed.

The front end of the SL looks a lot like the Mercedes AMG GT to my eyes. I’m sure the familial resemblance is what they were going for.

I’m not all that sure why Mercedes has been changing the naming convention it uses on its cars, yet opted to leave the SL name in place. SL cars are typically roadsters in the current Merc naming scheme. The new SL would technically be the SLS under the new scheme, but an old SLS car quashed that, and SL has always been the flagship Merc so the Germans seem content to let this car live outside the normal naming scheme.

The full unveil of the new Mercedes-Benz SL will come November 18 at 12:05 PST.