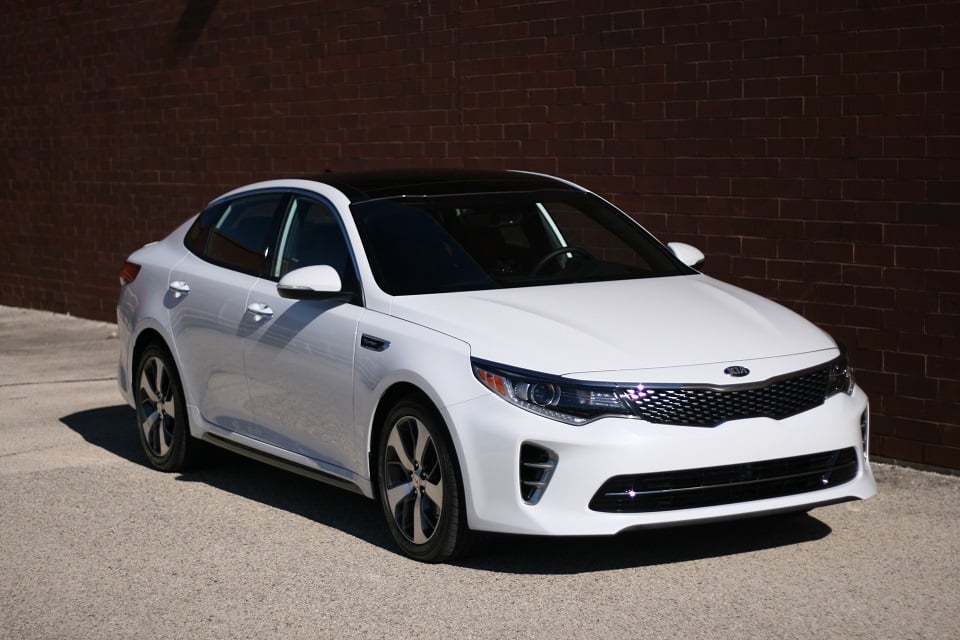 It’s kind of tough to get people convinced that Kia is making a genuinely good car. However, the 2016 redesign takes the Optima to a level people would not have thought of even just a few years ago. It makes for a tough feat to have a very fast change of opinion for a company that became relevant not too long ago.

Kia seems to have found its voice in the 2016 re-design of the Optima. Though it keeps a lot of very familiar styling elements of the old Optima, it wears all new skin. It’s fine that it has some resemblance of the old model. It emphasizes even further on the last generation’s distinctive look with that unmistakably cool c-pillar. Kia’s signature grill is proudly displayed up front, with a black roof and aggressive rear bumper out back completing the “not your average sedan” presence. 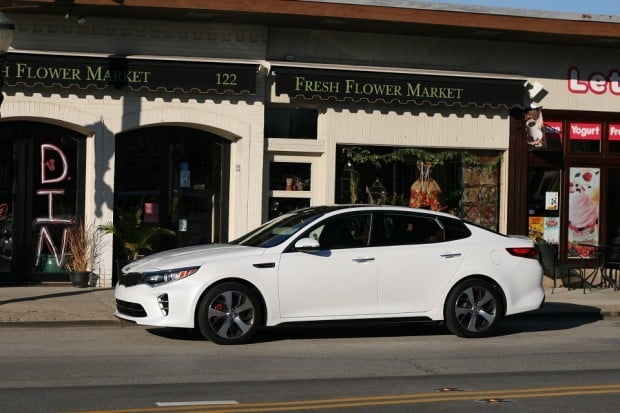 “Kia seems to have found its voice in the 2016 re-design of the Optima.”

Inside is a bit less edgy and more so smart and simple. Kia’s always useful and easy to use UVO infotainment system is similar to that used on other models, but that’s certainly not a problem. Audio is backed by none other than Harmon/Kardon which is an added bonus for audiophiles like myself. This Optima was very well equipped with deep red leather, red stitching on the steering wheel and brushed aluminum trim throughout. 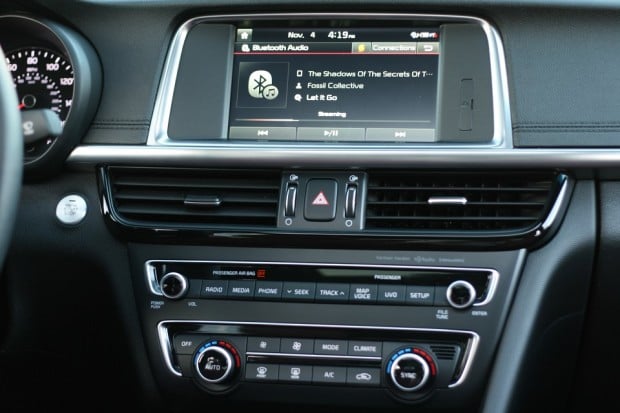 There’s even the slew of safety items included that, while not particularly of interest to an enthusiast, are impressive given the car’s modest $33,215 as-tested MSRP. Included in that price you get rear cross-traffic alert, and blind spot detection. Those are part of the SXT Launch Edition package, which also includes niceties like an amply sized panoramic sunroof, unique style 18-inch wheels, and the previously mentioned heated and ventilated ‘Merlot’ leather seats. 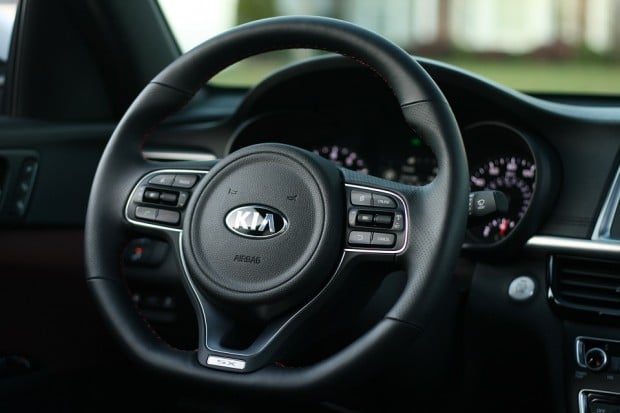 Great value for money… So how does it perform? What is it like to drive? Well given how impressive the other features of the car are, you’d not be too off to suggest it can be an underdog given the 249 horsepower, 2.0 liter direct gasoline injection engine, mated to a 6-speed auto with available sport drive modes. 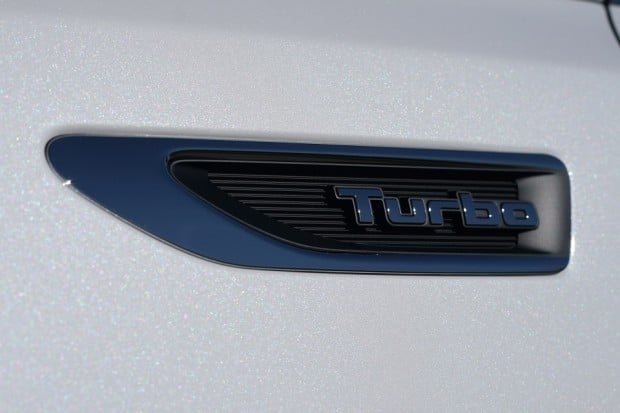 Driving it brings a completely other feeling though. Electric steering assist – normally an immediate cause for concern if you’re an enthusiast – is actually not bad. It tames the 4 cylinder’s power in such a way that there’s only a small amount of torque steer. The problem still lies in how that power is applied to the ground. It has an open diff, so mashing the throttle too early in lower-speed tight turns results in setting the inside tire ablaze. It seems when pushed, you begin to find some of it’s shortcomings.

“It has an open diff, so mashing the throttle too early in lower-speed tight turns results in setting the inside tire ablaze.” 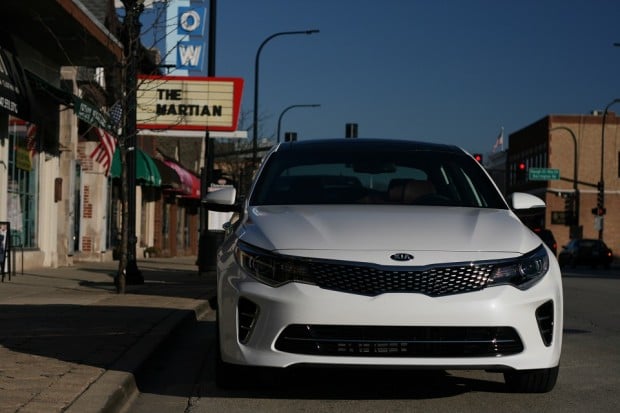 That’s not the only thing that prevents this car from being a good back road stormer. Brakes are painted red – a hint at good performance – but upon closer inspection, they are anonymous as to who actually makes them. About five minutes of very spirited driving will reveal the stoppers aren’t too keen for that sort of usage. The suspension is taught in its feel, especially compared to the K900, and it’ll take you confidently around corners, but it doesn’t really communicate to you that it’s happy being tossed around. 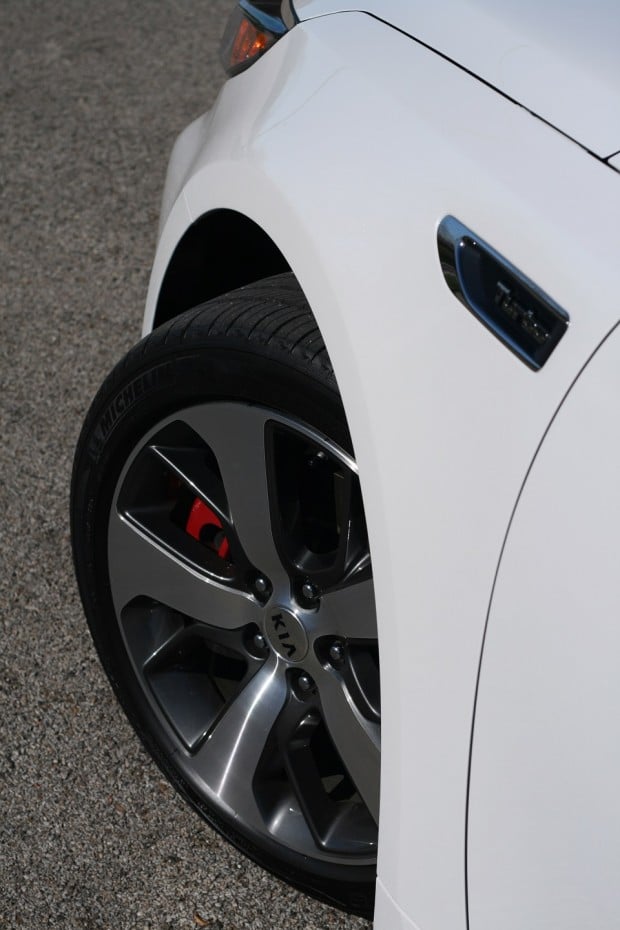 Then there’s the transmission. In most other sports cars, you control when the transmission upshifts, thus the whole reason for a ‘manual’ mode available. The Kia shifts for you, which can sometimes run into a double upshift if you decide the time has come for an upshift just a fraction after the computer has. You then find yourself out of the power band.

“In the world of relatively boring mid-size sedans, it’s a much more exciting alternative; a title it wears very well.”

Missing the mark might seem like a one-way ticket toward a disappointing drive, but this doesn’t represent the Optima, nor lessen my opinion of it. Actually it makes it more clear. It’s a car that’s trying to make a name for itself in an otherwise boring segment. It still has all the comforts you’d want in a mid-size sedan, with good legroom provided to all seats, a cavernous trunk, and it even runs on regular 87. Instead of going full sports car, they have made the right choices for standing out, without lying about the car’s image. In the world of relatively dull mid-size sedans, it’s a much more exciting alternative; a title it wears very well.