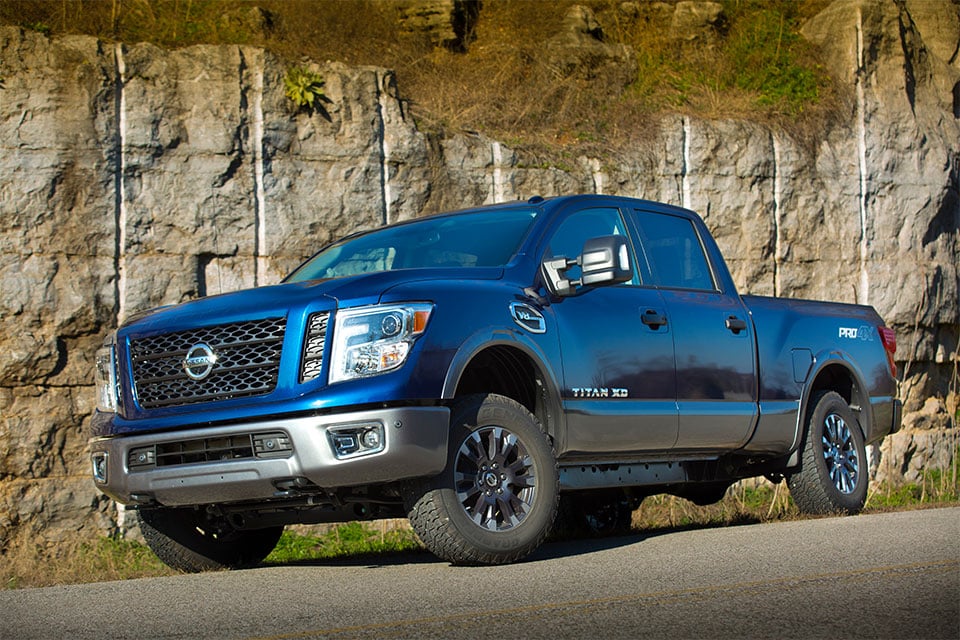 Much of the talk about the 2016 Nissan TITAN has been about its Cummins turbo-diesel engine. That Cummins will find its way under the hood of a bunch of trucks, but the most popular engine option will still probably be the gas V8.

Nissan has announced that other than the 5.6-liter displacement, very little about the new Endurance V8 is carried over from the old engine. The new V8 makes 390 hp and 401 lb-ft. of torque, a significant bump from the old model. These gains come thanks to new direct injection, variable valve timing, and an increased compression ratio now at 11.2:1.

Not only does the new engine make more power and torque than the outgoing V8, it should also be more fuel-efficient and produce less emissions. The engine will be paired with a new 7-speed automatic gearbox as well. More details on the engine will be offered when the truck gets closer to its spring 2016 launch.