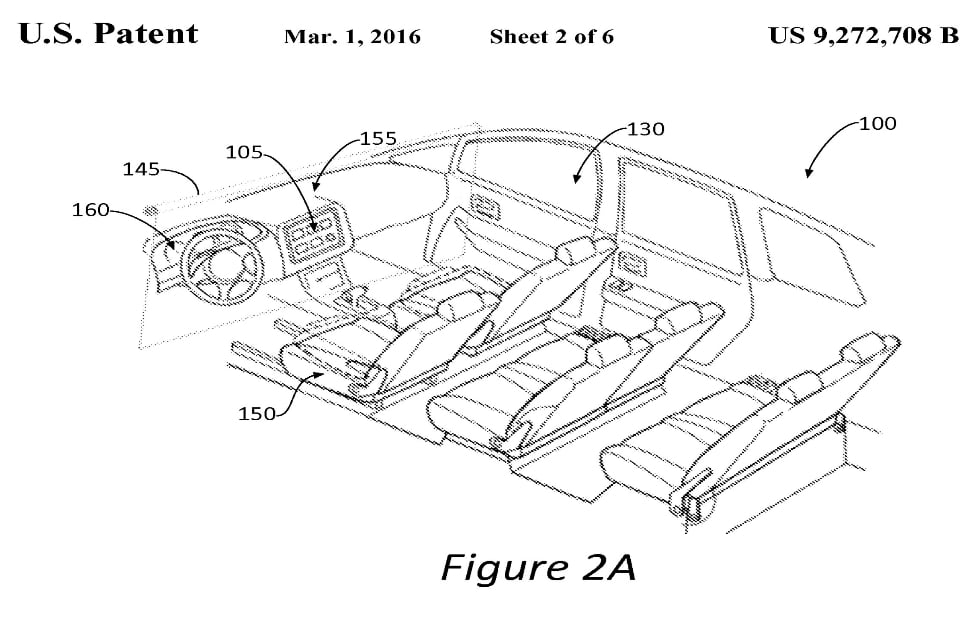 Being on a commercial aircraft is cool for a bit, but an hour or so into your flight, it gets very boring. This is why airlines offer in-flight entertainment with videos on tiny little screens for you to enjoy. In the future when cars drive us where we want to go without us actually needing to drive, it should open the door for some fancy entertainment options.

In anticipation of this, Ford has filed a patent application that includes an example showing a big screen that covers the windshield and a projector to throw your favorite movies and videos up. If the driver gets tired of watching the flick or wants to control the car, the screen in front rolls up and a second screen is offered for rear passengers.

…and the relevant example:

I think it might be a while after autonomous cars are offered before I was comfortable enough with its driving skills to be completely oblivious to what is in front of us. Still, on long road trips I’d totally be down for some movies or gaming.