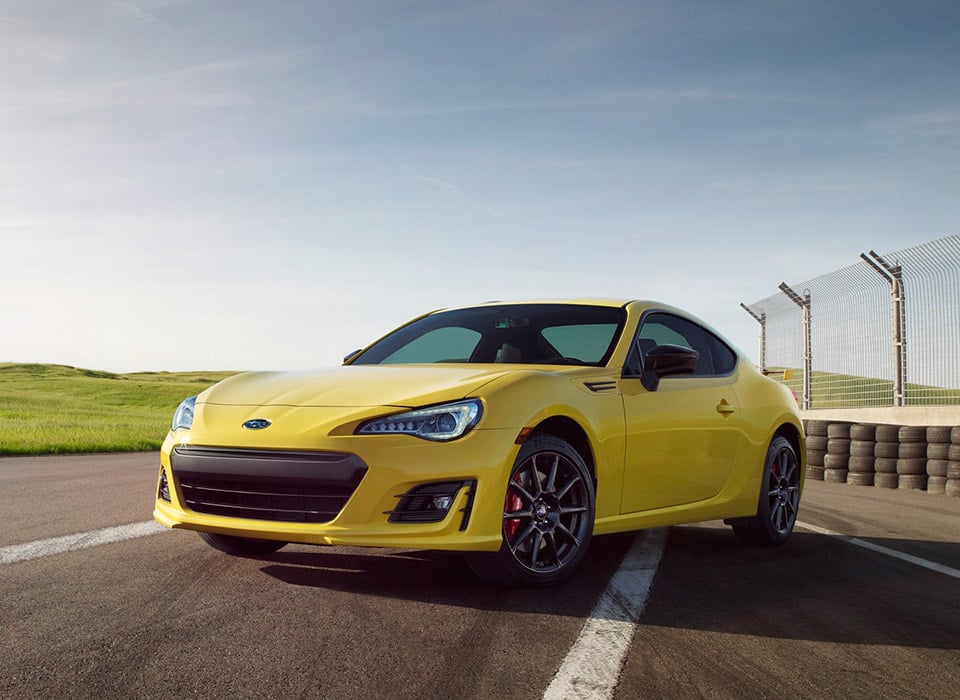 Subaru has unveiled a special edition BRZ for the 2017 model year called the BRZ Series.Yellow. The car gets an exclusive yellow exterior color along with an interior in black with yellow accents. The car is also fitted with the Brembo brake package and Sachs performance shocks.

It’s essentially a BRZ with a performance package and special paint. The car has unique 17 x 7.5 black wheels and is based on the 2017 Limited with Performance Package. The interior is black leather and Alcantara with yellow contrast stitching and accents.

Power comes from the same, rather boring, 2.0L Boxer four with a 6-speed manual. Like other 2017 models, the Series.Yellow gets a 5 hp bump in power. No pricing on the Series.Yellow has been announced, but this special edition will be limited to 500 units with availability starting in 2017.