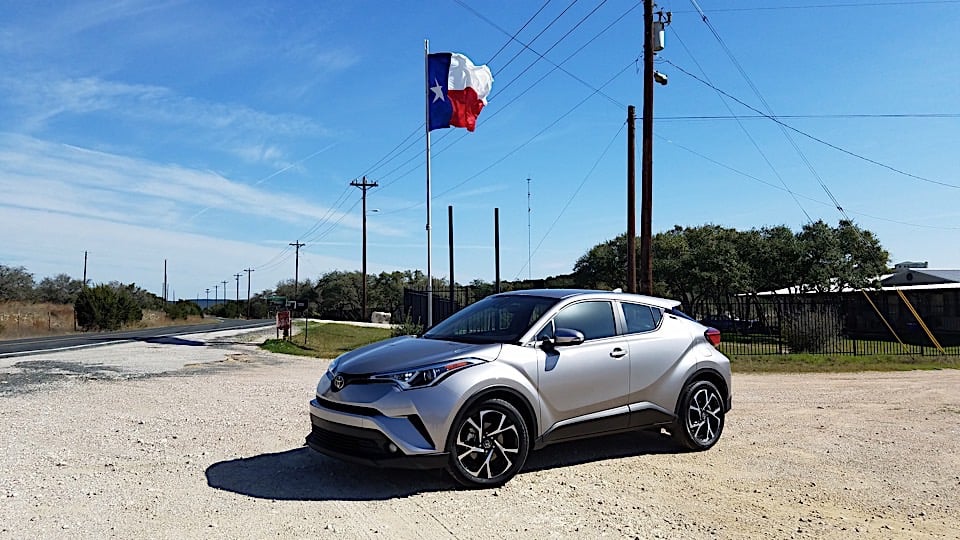 Scion may be dead, but their inspiration is not. To further bring home the point that Toyotas of the future aren’t going to be boring, Toyota introduced the all-new CH-R crossover. I spent a few days recently driving it around Austin, Texas, and if this is any indication of future Toyotas, the future is bright from the brand.

If you comb through the press materials for the new C-HR – which stands for Coupe High Rider even though it’s not a coupe – you’ll see the word Nürburgring a lot. The car spent time there, according to Chief Engineer Hiroyuki Koba. I’m here to tell you that the time there was well spent. This is one of the best-steering Toyotas I’ve ever driven. 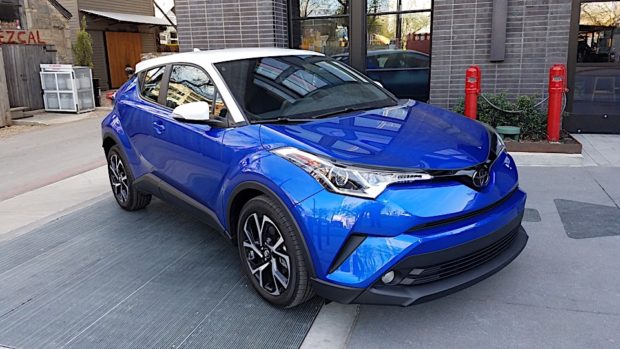 While it’s not a sports car by any stretch of the imagination, the new C-HR’s driving dynamics remind me a lot of the Yaris iA, which used to be the Scion iA, which is actually a Mazda2 underneath the skin. The C-HR has Mazda-like handling, which is a good thing.

In fact, one of the deficiencies in the Mazda CX-3 – a competitor of the C-HR – is the interior space. The C-HR is roomier inside with more storage capacity, plus drives as well as the Mazda. 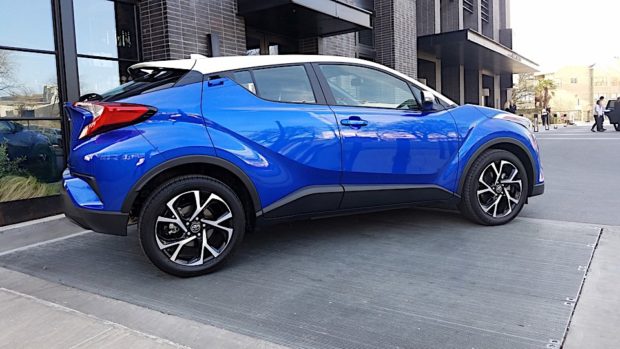 Powering the C-HR is a 2.0L 4-cylinder engine making 144 horsepower and 139 lb-ft of torque. While that doesn’t seem like a lot – it’s not – it is competitive in the segment. The Honda HR-V, for example, makes 141 horsepower. The Toyota’s power is sent to the front wheels exclusively with a CVT automatic.

The C-HR is a momentum car, in a lot of the same ways that something like a Miata is a momentum car. You won’t win any drag races from a traffic light, but the handling is so good you rarely have to slow down for the corners. Texas Hill Country is a lot hillier than you’d think, and there were some good twisty roads that I was able to sample the handling on. The chassis is planted nicely, the steering is excellent, and the overall handling is safe but confidence inspiring. The eco-friendly tires are where the grip goes away first, but this isn’t a sports car.

The point I’m ultimately trying to make about the driving of this car is that it’s fun. But it’s not just fun in a “it comes in cute colors” kind of way, but rather in a “genuinely fun to drive” fashion. It’s possible that this is the driver’s car of the segment, though a manual transmission would ultimately seal that deal.

Speaking of cute colors, I do respect that you can get the C-HR is some interesting colors including a nice red, a deep dark blue, and even a teal green that looks incredible in person. On some of the colors, you even get a white roof for contrast. 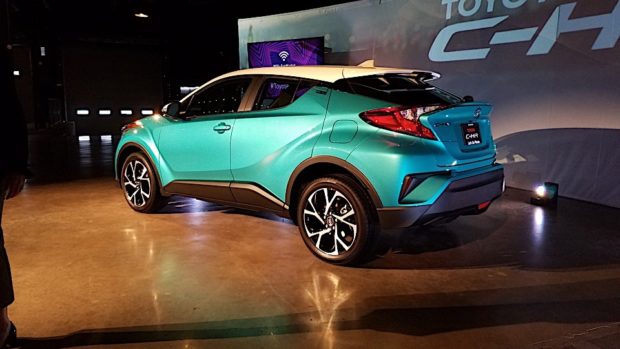 Inside, the only interior color option is black. While I like lighter interiors because they make the car feel roomier, the interior materials themselves are decent and what I’d expect to find in a $23,000 car. 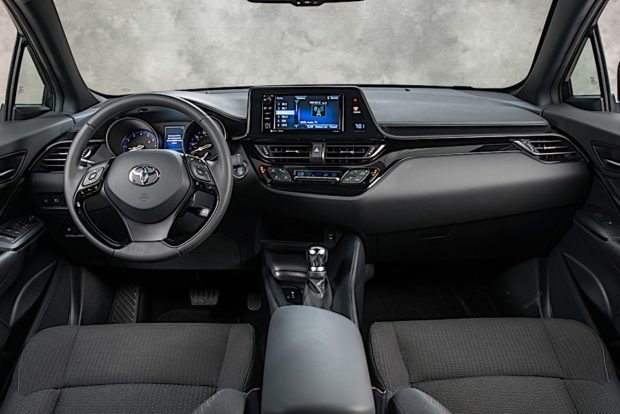 If you are looking at the C-HR, fuel economy is likely a consideration for you. While the results are finalized, Toyota is estimating that the C-HR will get 27 mpg in the city, 31 mpg on the highway, and 29 mpg combined. While I didn’t get a good opportunity to test those numbers, Toyota traditionally hits their fuel economy claims. 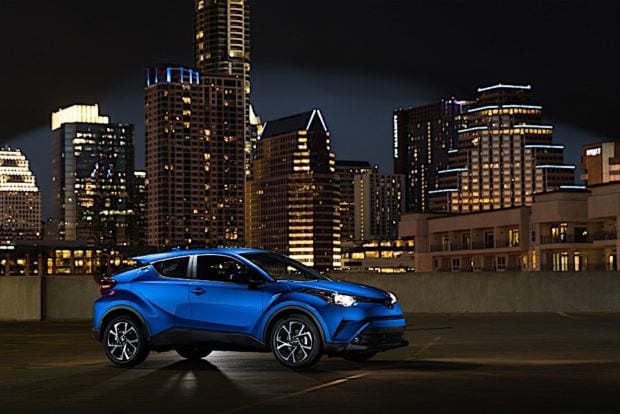 There are only two versions of the C-HR available, and the options are fixed from the factory. This is the way Scion used to do things. The base XLE car starts at $22,500 and the XLE Premium is $24,350. That doesn’t include the $960 for delivery.

If the car drives well and appears to be a good deal, what are the drawbacks? First, there is no all-wheel drive available. While a system like that would add weight and affect the handling, people in northern states are convinced they need all-wheel drive. That might ultimately turn off some customers.

The stereo doesn’t include navigation or SiriusXM, which is fine because it helps keep costs down, but Toyota has yet to adopt Android Auto or Apple Car Play into their vehicles. For a car targeting Millennials, this is a notable omission. 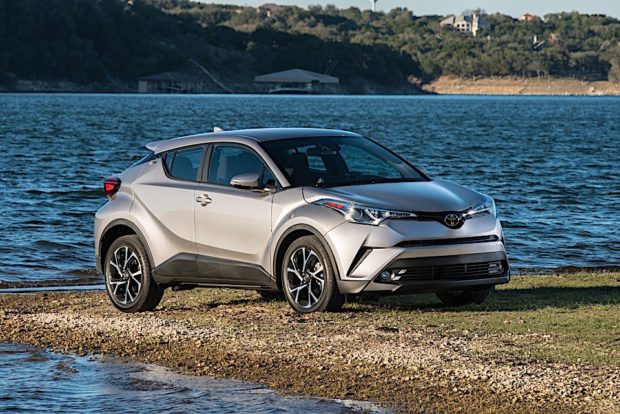 Finally, the rear blind spot is pretty large. The XLE Premium has blind spot monitoring, but the base car doesn’t. I’d go with the Premium just to get that system alone.

Overall, the Toyota C-HR is a dramatic change from some of the boring Toyotas of the past. It’s a unique combination of sportiness and practicality that comes with something that the competition can’t offer; Toyota’s reliability. The new C-HR excels at what it’s designed to do, and gives us hope for future vehicles from the brand.