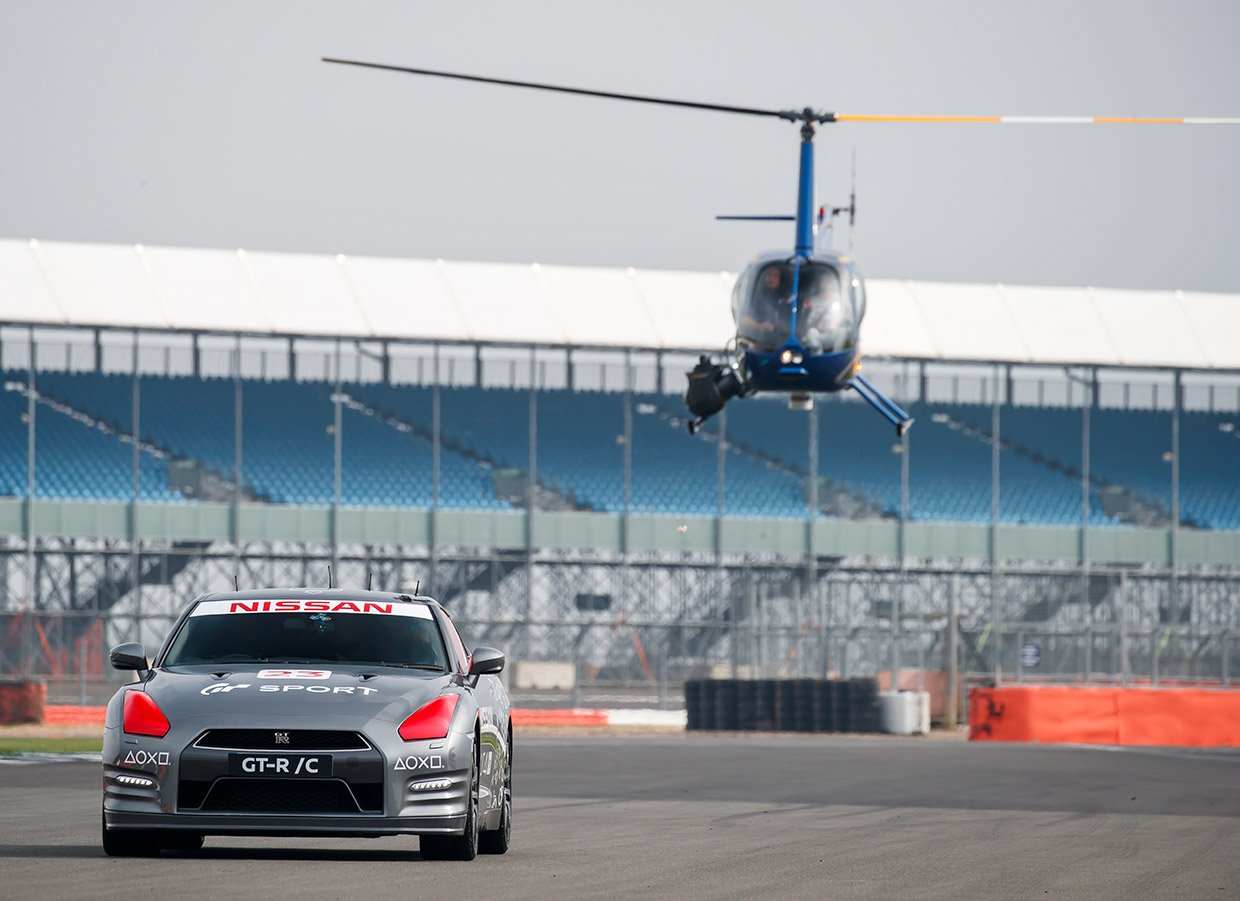 The Nissan GT-R is perhaps the most precise and predictable sports car on the market. It’s incredibly responsive, and sharp as a tack going around a road course. I speak from experience. It’s like a precision scalpel that makes anyone behind the driver’s seat look like a pro.

So the question is: can a GT-R drive just as well when the driver is operating it remotely? Nissan recently had a GT-R rigged up with servos and other controls which allowed it to be driven from afar using a PlayStation 4 DualShock controller. Naturally, they dubbed the car the “GT-R/C”

The promotional stunt for Gran Turismo Sport took place at the UK’s famed Silverstone circuit, where they unleashed the $100,000+, 565 hp sports car on the track, and handed the joystick over to race car driver Jann Mardenborough. In order to pull off the stunt, Jann flew overhead in a helicopter, while operating the steering, brakes and throttle from above the car.

Impressively, the GT-R not only made it around the course unscathed, but managed to achieve a speed over 130 mph as it sped down one of the long straights, with an average lap speed of 76 mph, just 7 mph lower than the average with a pro driver IN the car. According to Nissan, the remote GT-R can actually hit speeds up to 196 mph, though that remains to be tested. 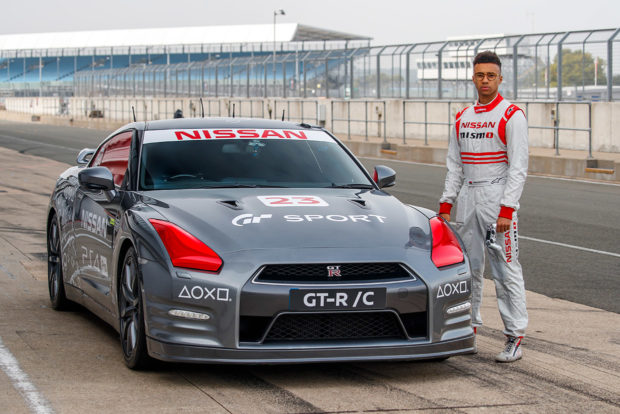 There were a series of safeguards in place, including a pair of additional remote operators who could apply brakes and kill the engine in the event of a problem. However, Mardenborough showed he’s just as deft behind a joystick as he is behind the wheel of an actual race car, which only makes sense, given the fact that he came out of the famed GT Academy, where the best Gran Turismo players can compete to become actual race car drivers.