This Engine-swapped Yugo Is Faster than a Ford GT 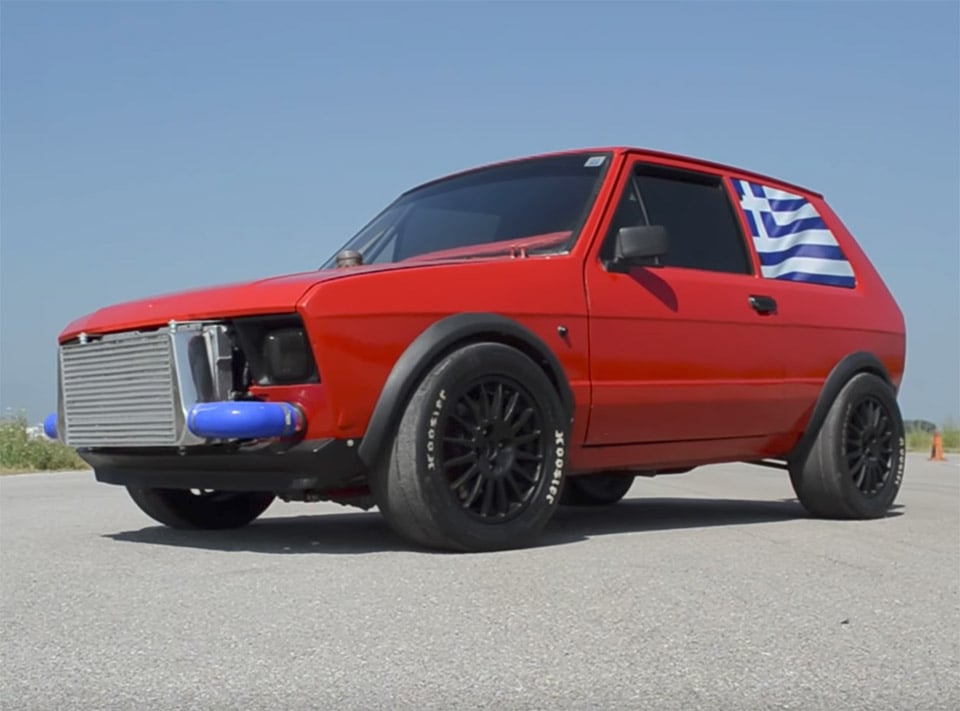 The Yugo is arguably one of the worst cars ever made. While it was marketed here in the states from 1985 to 1992, the Yugo (aka the Zastava Koral) was actually produced in varying models from 1977 all the way up until 2008. Named for its home of manufacture at the time, Yugoslavia, these compact cars were actually based on licensed plans of the old Fiat 127. The cars were notorious for their poor build quality and terrible performance, but they were also dirt cheap, selling for just $4,500 here in the US, including a 10-year, 100,000 mile warranty, and free maintenance.

One thing Yugos were never known for was their power. The US Yugo models were equipped with either a 45 or 55 horsepower engine, and topped out at just 86 mph. On the other hand, the crazy looking Yugo seen here has more than 10 times as much power. This AWD-modded Yugo was spotted over on a drag strip in Greece by the guys at Car Freaks Gr.

Its owner Vasilis says it makes about 650 hp at the crank. It’s got a turbocharged and modded 1.6-liter engine from a Fiat Bravo crammed under the hood, and a massive intercooler kit sticking out of its front.

The car recorded a 1/4 mile time of just 10.1 seconds at 142.29 mph, which makes it more than half a second faster than a stock Nissan GT-R, Ford GT or Acura NSX, and right on par with the original Bugatti Veyron. You can watch this insane Yugo tear down the drag strip at the 2:52 mark in the video.