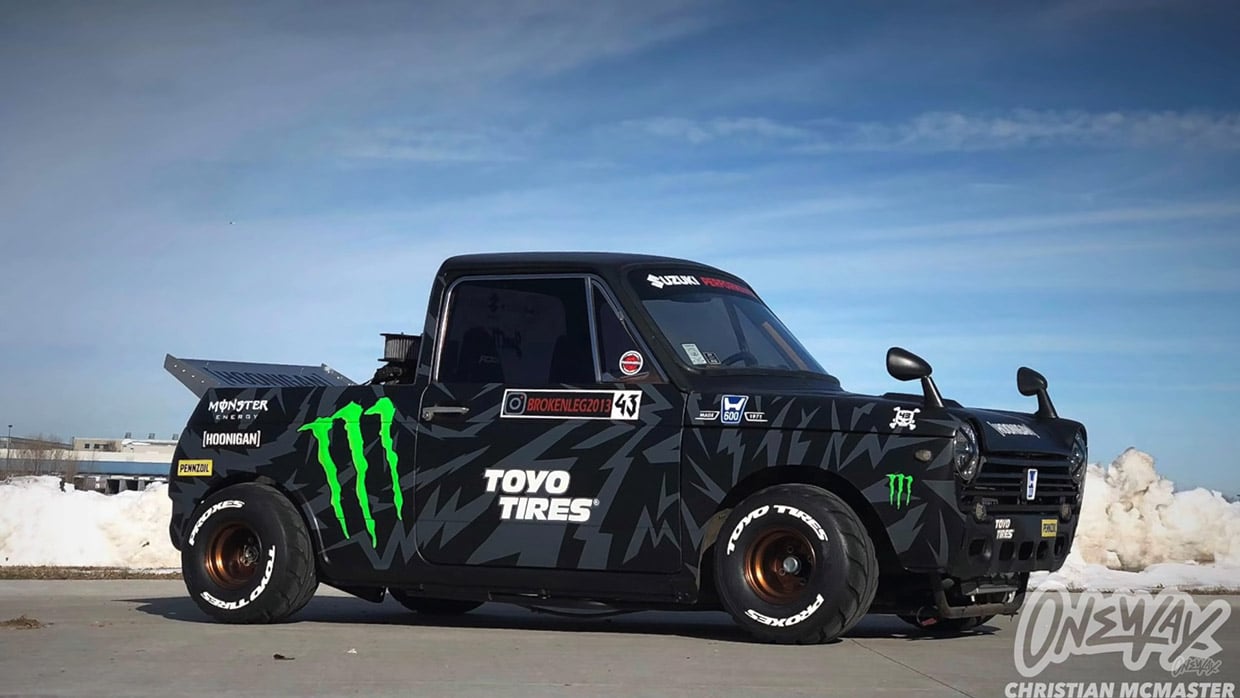 Alex Saint is staring death in the face and giving it a noisy, raucous, middle finger at the same time. This dude took the screaming 1000cc four-cylinder engine out of a 2013 Suzuki GSX-R1000 and crammed it inside a tiny Honda N600 mini truck. This thing isn’t the mini truck you might remember from the ’90s; it’s way, way smaller than that. 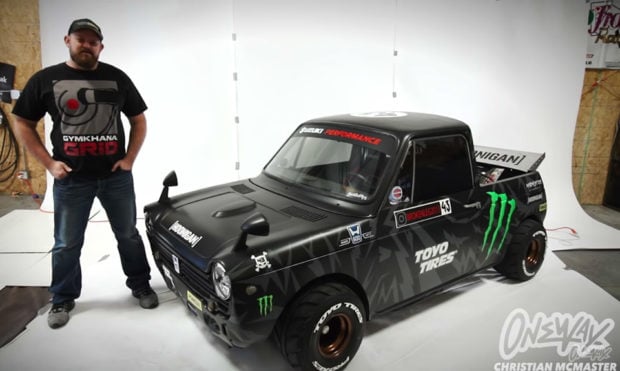 It looks like a go-kart with a truck body. Saint crammed the big crotch-rocket motor into the bed of the tiny truck and made a homage to Ken Block’s epic Hoonitruck. The truck rides on 8-inch wheels with 9.5-inch wide, 18-inch tall tires. The ride uses a tube chassis to keep it from flying apart under throttle.

The mini truck uses a 6-speed sequential gearbox with a hand lever to work the foot shifter. That shifter has a clutch lever on it with the first gear being backward and the other five gears forward on the stick.  Check it out in the video.