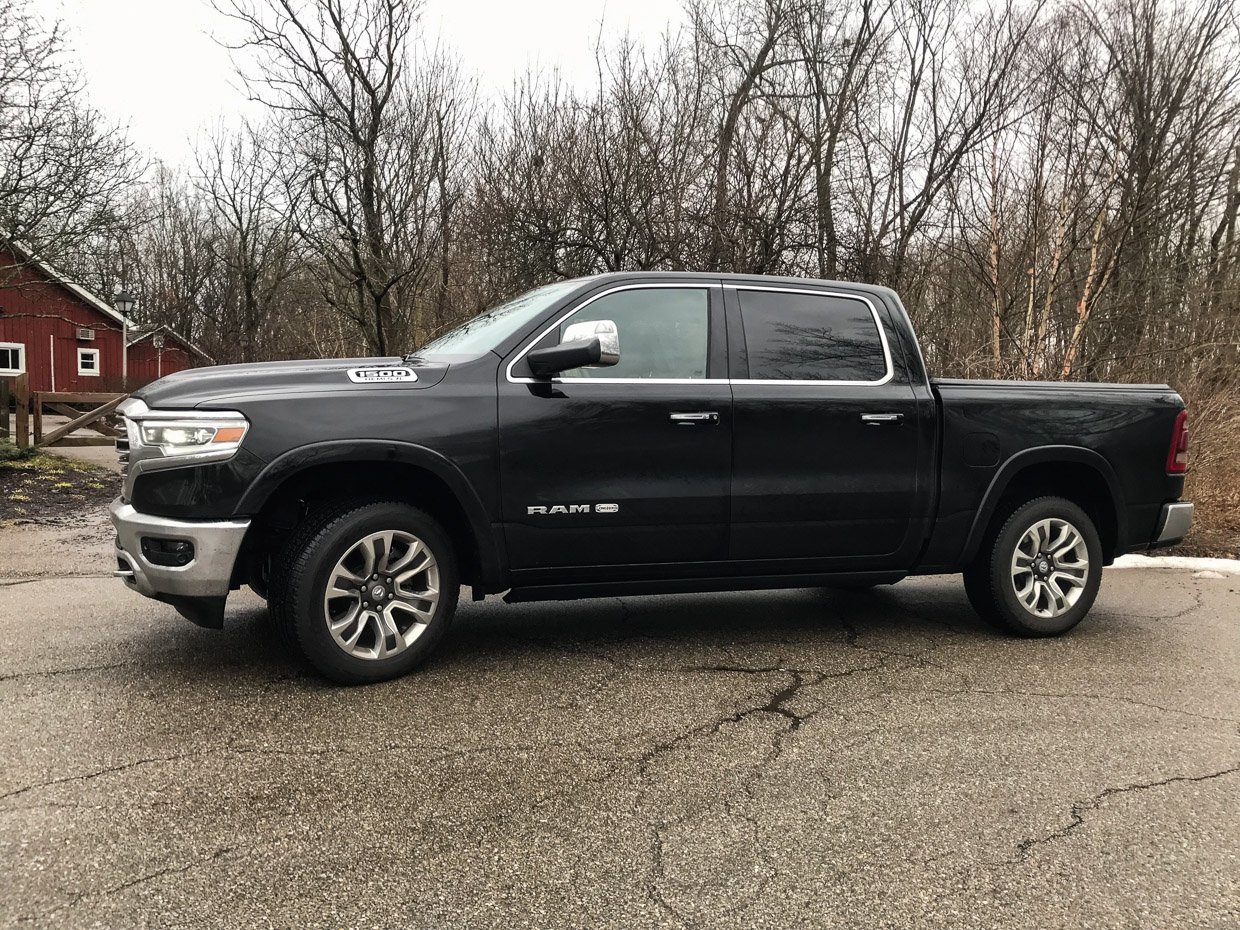 Even though it’s early in the model year, it will be tough to bump this vehicle off my favorite list for 2019. This week, I’m behind the wheel of the new Ram 1500, which won the North American Truck of the Year (NATOY) during the 2019 NAIAS in Detroit. The truck segment is ultra-competitive, so accolades like this are significant. It will certainly be one of the most memorable vehicles of this year, and one of the nicest trucks I’ve been in, in a very long time, if not ever. I’m heaping the praise, but trust me, it’s worth it.

It helps that I was in the top-of-the-line Longhorn trim, but take away all the niceties of that trim, and the Ram 1500 is still great. The redesigned Ram has all new looks. It’s difficult to redesign trucks without going too crazy. So the 2019 version still has a lot of visual similarities to the previous model year. But my tester was chromed out on the grilled and around the windows. The grille looks bold as designed. The handsome profile looks fitting for a truck of this size. The back is more understated. Some of the Ram’s rivals have gimmicks on their tailgates and this truck just has a basic design – though Ram showed off a new split-door option at the Chicago Auto Show. 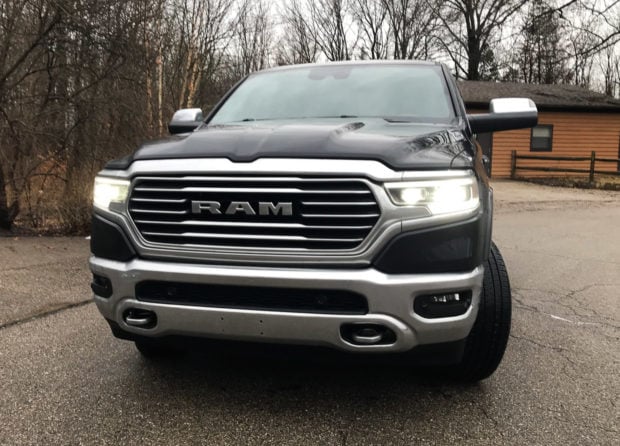 My tester came with a Hemi engine, which offers significantly more power and performance than the base 3.6-liter V6. As such, the 5.7-liter V8 cranks out 395 horsepower and 410 lb-ft. of torque. The redesigned Ram has increased payload and towing ability. This year, as tested, the Ram 1500 has 2,300 pounds of payload capacity and can tow as much as 12,750 pounds. The Ram’s optional eTorque hybrid tech gives the truck extra torque off the line, is ideal for those who want to use the truck as a hauler. Like other vehicles using the ZF 8HP, its eight-speed automatic transmission is smooth and controlled. Overall ride quality is outstanding. It still feels like a truck, but this the most polished, refined Ram truck I’ve ever driven.

As nice and powerful as the V8 Hemi is, it’s not overly fuel efficient. As such, the EPA gives it a rating of 15 mpg/city and 21 mpg/highway. A 26-gallon fuel tank is standard, but there’s an optional 33-gallon fuel tank for extending driving range. In a week’s worth of driving, I averaged only 17 mpg. 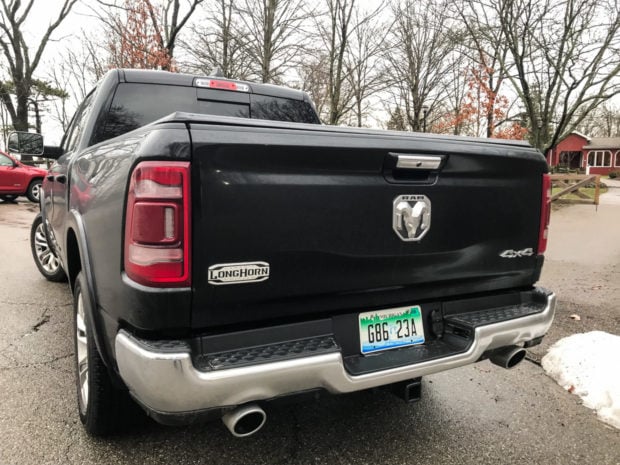 The interior of the Ram 1500 Longhorn is what makes it so memorable. I’m used to truck interiors being nice these days, but this was the single nicest interior I’ve ever seen in one. The western theme is consistent throughout, including the finest details. There’s chrome embossed with a Western motif around the instrument panels. A snakeskin-like leather pattern on the gigantic center storage box, and a burnt wood trim can be found throughout the interior.Every single detail worked and was impressive. A panoramic sunroof gave the cab a roomier vibe too. On top of all the aesthetics, the legroom and headroom in the back seat of the Crew Cab is outstanding. The rear seats lift up and provide additional storage areas. The rear seats even cooled, which is something that is not very common in any vehicle. 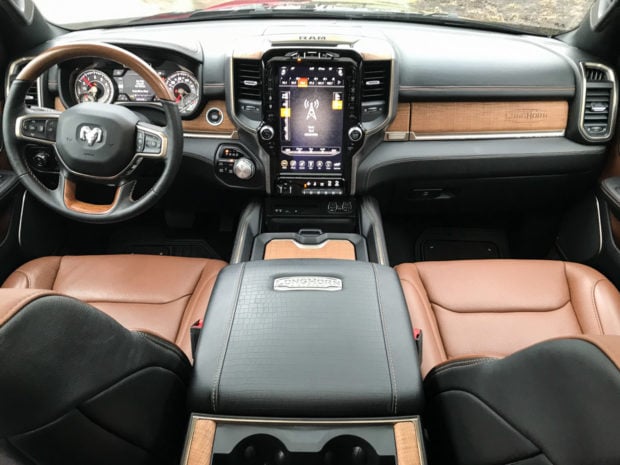 An 8.4-inch touchscreen comes standard, but my tester had the gigantic vertical 12-inch screen as the front end to its Uconnect infotainment system, which happens to be one of my all-time favorite systems. It’s intuitive and has all the technology you could want, including Android Auto and Apple CarPlay. 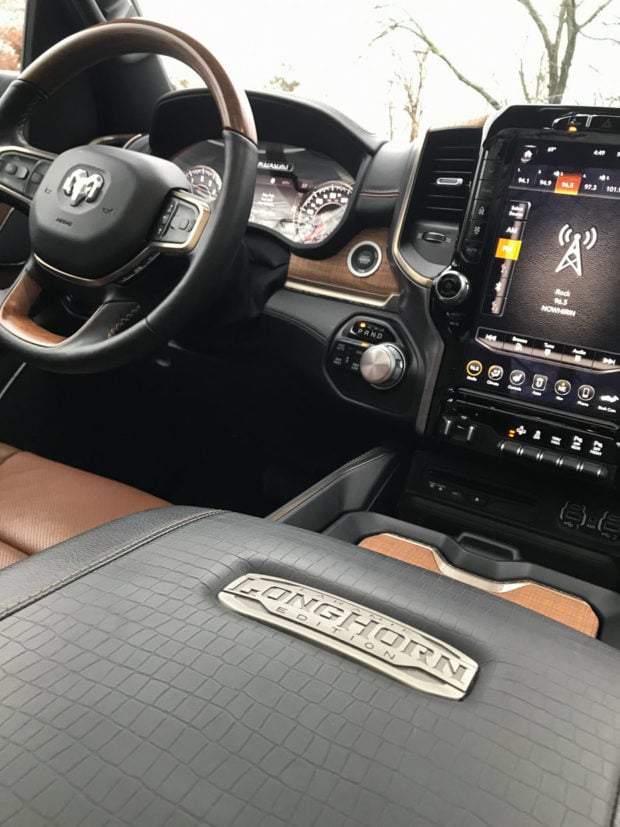 Base price of this top-level trim is $53,695, which is actually quite competitive for a near-luxury big truck. My tester had optional equipment including the aforementioned increased touchscreen, as well as a trailering package, sensor-based safety features, a cargo bed tie down system and tonneau cover and the advanced air suspension system. As tested, this Ram 1500 had a final MSRP of $66,650. 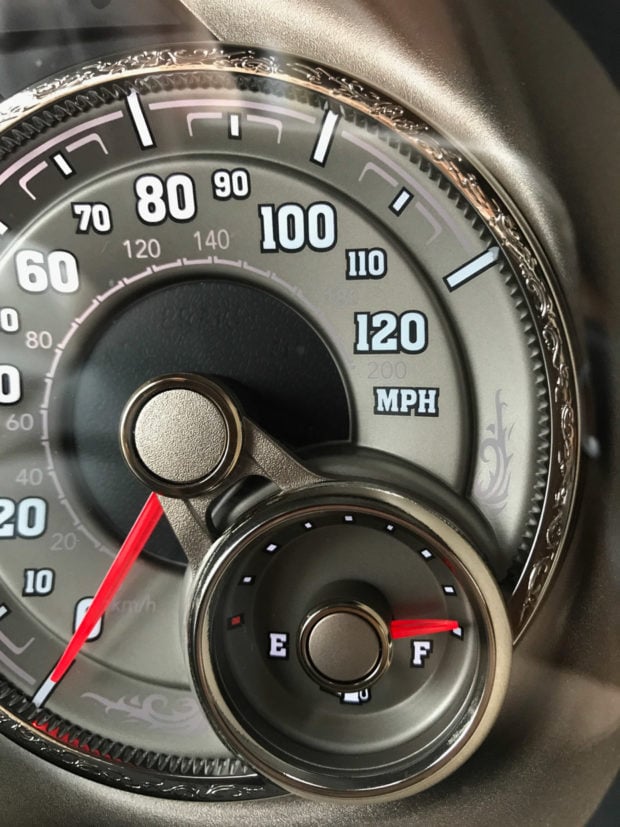 I admit that I’m not a truck guy. I find them generally impractical if you’re not towing or hauling something. Parking them, even here in the suburbs is tricky. But this time, I didn’t care about any of that, and the Ram 1500 won me over. I drive between 60 to 70 vehicles a year, and I guarantee when it’s all said and done, the 2019 Ram 1500 Longhorn will be on my top list if not at the top. I could keep the praises coming, but I’ve hit my word count. 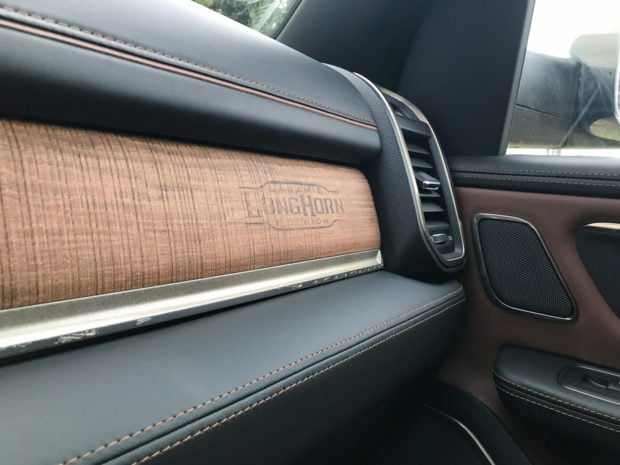