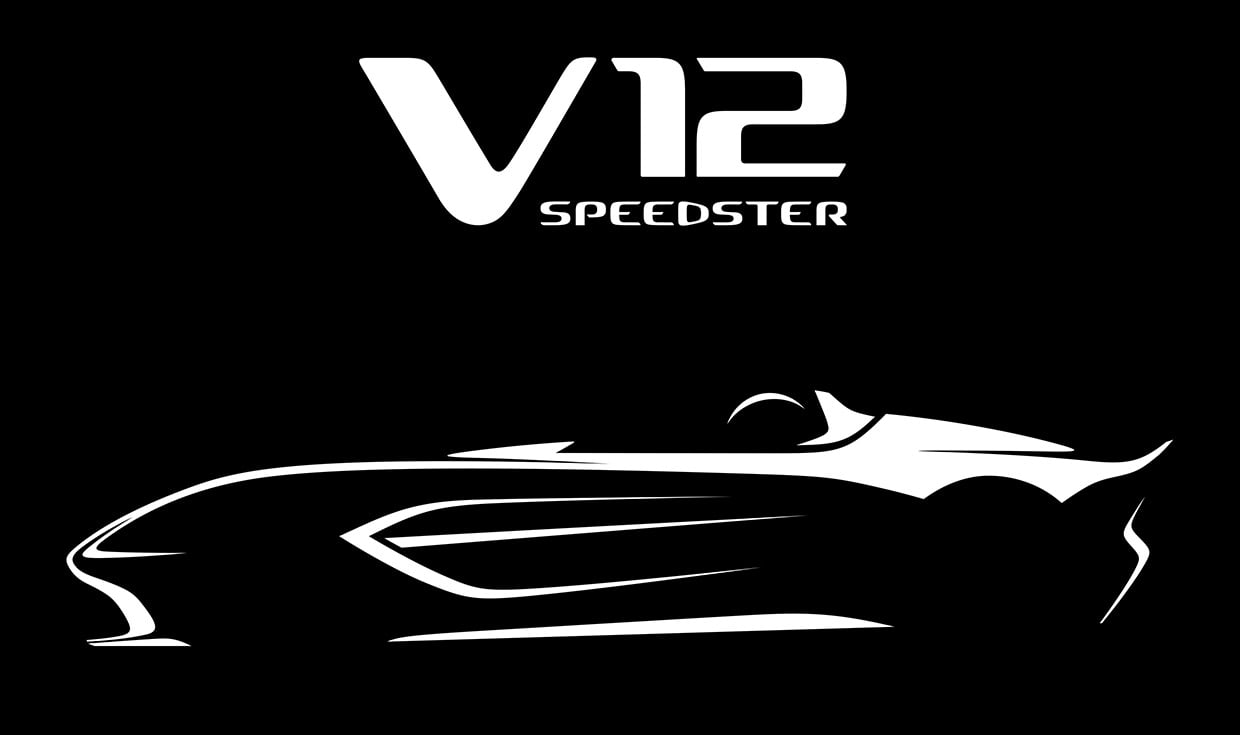 UK automaker Aston Martin has revealed that it’s going back to its roots with a limited-production 2-seater, inspired by its open cockpit racers of yore. Teased only by a sketched outline at this point, the V12 Speedster will pay tribute to Aston’s 1959 LeMans winning DBR1, and will draw upon the CC100 Speedster concept the company showed off back in 2013.

The two-seater will pack Aston’s powerful 5.2-liter twin-turbo V12 engine, tuned to make around 700 horsepower and 516 lb-ft. of torque, sent to the rear wheels via a ZF 8-speed automatic transmission. Aston is mum on whether or not the car will have a front or rear engine setup, but they do say that the transmission will be mounted “towards the rear of the car.”

Each of the open-air racers will be handcrafted by Aston Martin’s Q custom shop, and just 88 of the cars will be made. The order books are already open for this limited-edition two-seater which should start production in early 2021.

If you’re interested in learning more about the car that inspired the V12 Speedster, be sure to watch Petrolicious’ excellent video about the classic racer: