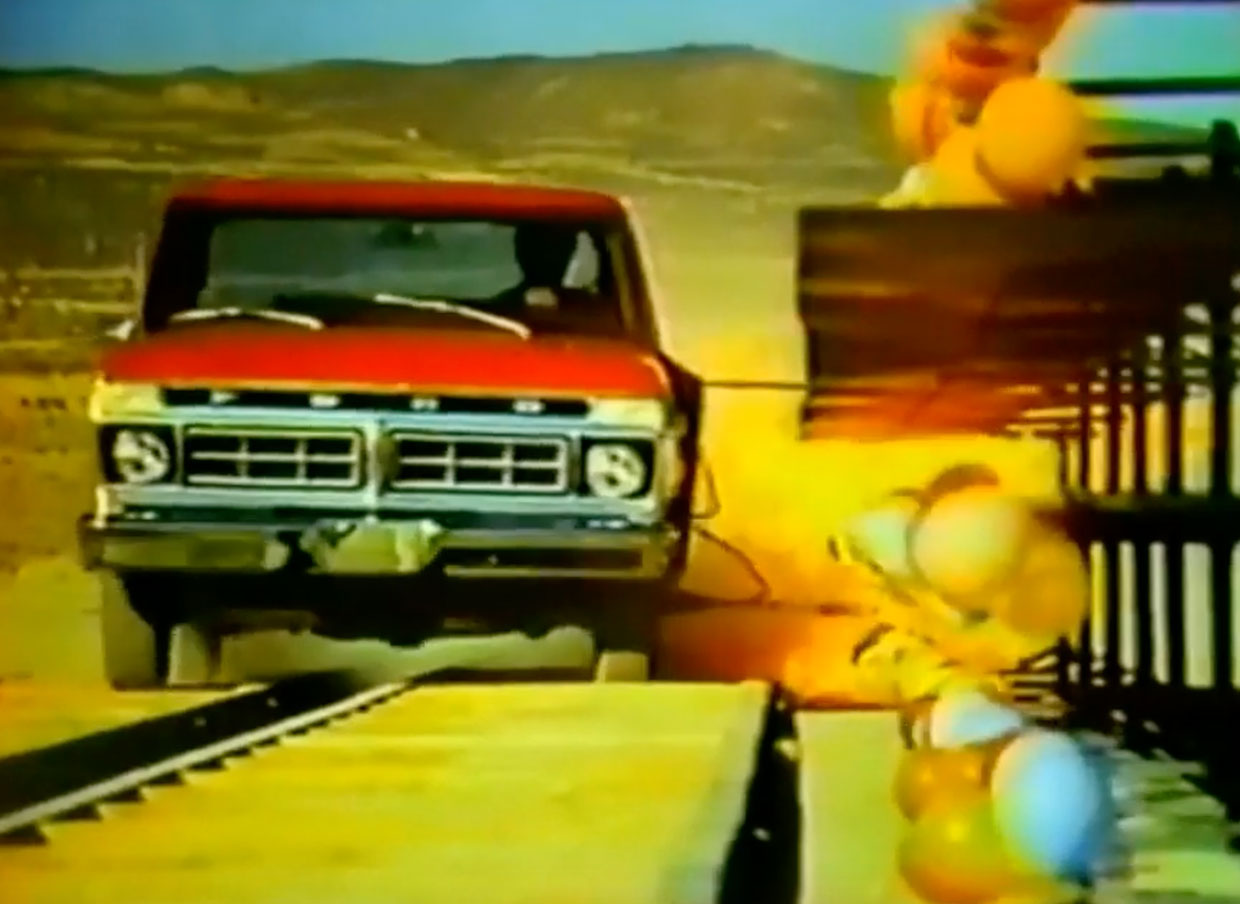 Take a trip back in the wayback machine to 1976, back to a time when automotive companies loved to show off the capabilities of vehicles using outlandish stunts. In this vintage commercial for the Ford F100, they rigged up the pickup truck with a couple of propane torches then ran it alongside a bunch of balloons.

They placed the torches on a door and a wheel at just a slightly different height than the balloons, then ran the loaded truck over a series of railroad ties to prove that its ride was stable for its occupants.

As the torch attached to the wheels blows out all of the lower balloons, the higher balloons go by unscathed, demonstrating how little of the shock was communicated to the cabin. The demo is certainly compelling, though I’d love to see the same demonstrated with a modern F-150 Raptor.

Concepts from Future Past: 1958 Ford Nucleon