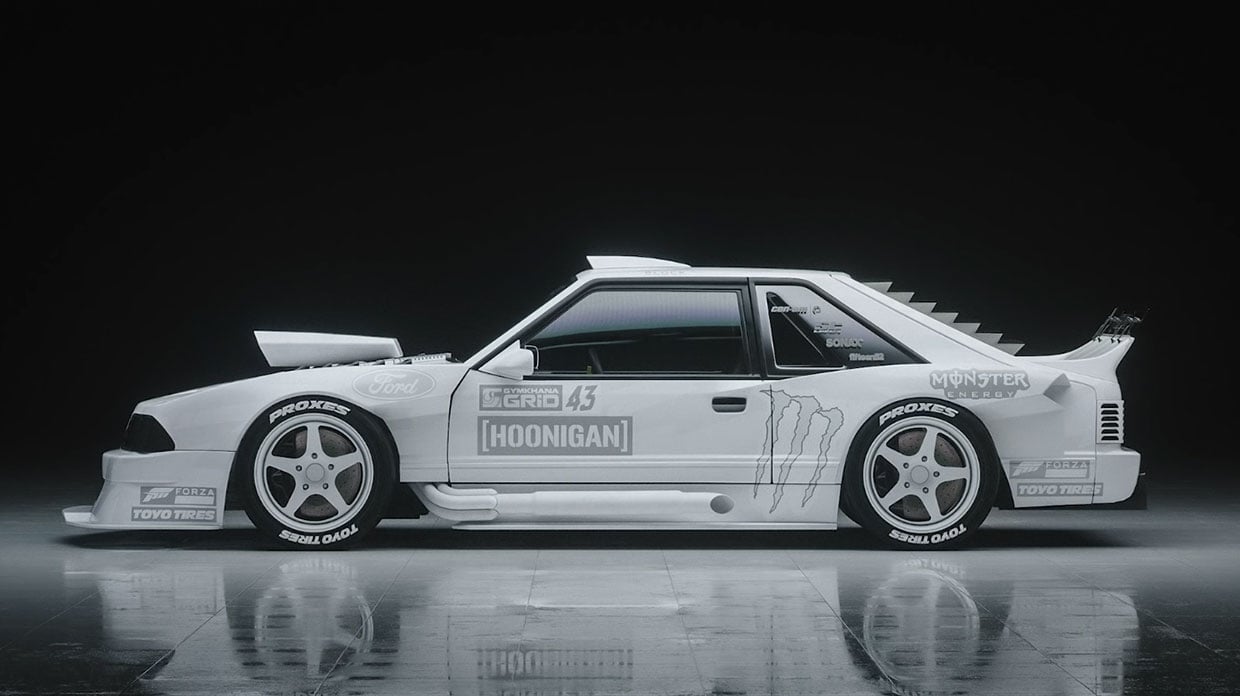 Stunt and race car driver Ken Block has amassed quite the collection of special vehicles for his Gymkhana series. He’s driven everything from a 1978 Escort Mk2 to a 1965 Mustang to a lowered F-150 pickup truck, all tricked out with crazy body mods and high output engines. Now, he could soon be adding a Fox body Mustang to his fleet of fast Fords. 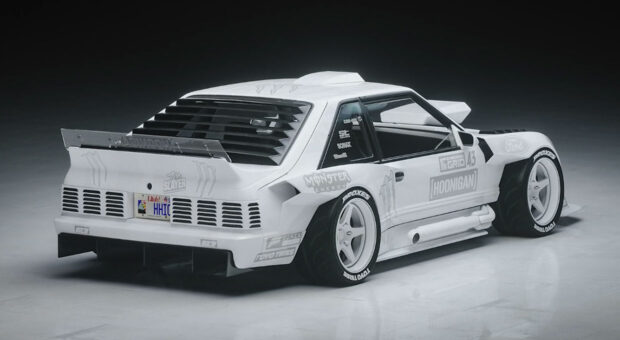 The so-called “Hoonifox” was designed in collaboration with movie and video game car designer Ash Thorp (who also helped create the new Batmobile). Normally, Hoonigan Racing wouldn’t show off a new car design until it premieres in one of their action video clips, but due to the COVID-19 lockdown, they decided to share some concept images of this car earlier in the process.

Here it is in all its glory…THE HOONIFOX. Be sure to check out the full episode on how this idea came about and the design process over on @kblock43 YouTube channel (link in his bio). I have always loved the foxy body Mustang. It’s often over looked and those are my favorite kind of cars to “reimagine”. When Ken proposed the idea of designing a new version in our style…I could see it instantly. The Fox Body was already on my list of cars to revisit at some point and this just put it to the top of the list. I had such a blast and big thanks to Ken and the entire Hoonigan family for having me along once again on such a great journey :). I would like to also give thanks and praise to my friends for helping the build process along. @les83machines for helping with the UV process and just being awesome 🙂 and @andreas_ezelius for taking my designs and base model forms and refining them to the amazing high levels he is so well known for. Thank you everyone! Now who wants to see this thing become a reality? I do! Even more… I would like to see Ken ripping it all over Miami :). More renders to come!

I love how the car takes the boxy and angular look of the Fox body ‘Stang, and takes them to the max, with gigantic overfenders, super-wide tires, a massive hexagonal hood scoop, louvers just about everywhere, and a sharp, DTM-inspired rear wing. Block’s goal was to take the primal racing sensibilities of the Hoonicorn Mustang, but dressed up in iconic ’80s styling. I think they definitely hit the mark.

One of my personal favorite livery concepts for the HOONIFOX was the versions I called “Tony the tiger” due to its bengal like markings and brawn appearance. There are many things I adore about race cars and one of them is the cleverness of the builds. This idea came from the concept to save weight and reduce drag by sublimating the branding and logo into the top layer of the carbon and then sealing that up together. @kblock43 and I loved this idea as we are both big fans of DTM and racing in general :). Never ending fun!

Block was joined by Thorp and fellow Hoonicorn Brian “el Gigante” Scotto for an extensive discussion about the design of the Hoonifox, and it’s well worth watching if you’ve got 20 minutes to spare.

Block definitely wants to build the Hoonifox Mustang, though it’s not clear when or if we’ll get to see it in a Gymkhana video. Given the amount of work that went into the concept design, I think there’s a very good chance that will happen down the road.