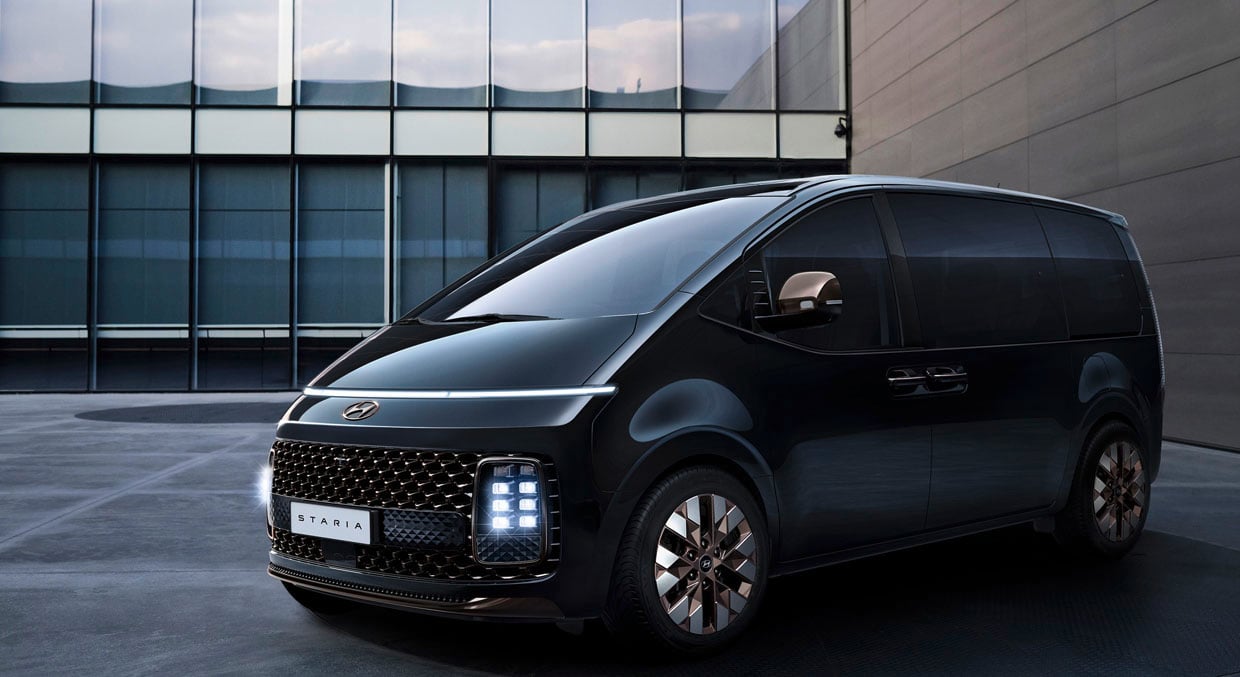 Anyone with a big family or lots of friends they like to haul around typically chooses an SUV these days. There are a few vans on the market here in the states, but they’re all kind of boring and grandmotherly if you ask me. Hyundai has revealed some design details of its coming STARIA van, and it’s a very futuristic and attractive-looking vehicle.

Hyundai says the STARIA is designed with an inside-out approach that prioritizes interior space. A van certainly has more space than SUVs can muster in the same footprint. Hyundai will offer the STARIA in multiple versions, including a two-seat cargo, seven-seat passenger, nine-seat passenger, and 11-seat passenger version. The 11-seat version will only be offered in Korea. 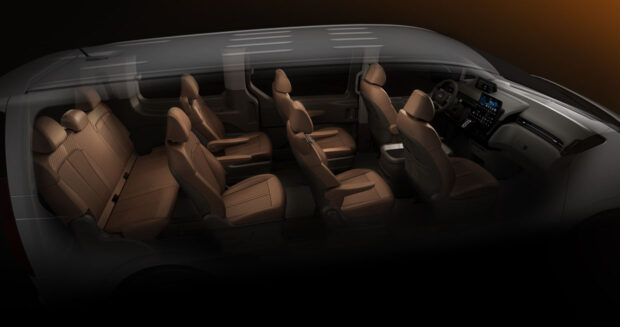 On the exterior, the STARIA looks very futuristic with a monotone design and diamond-patterned 18-inch wheels. The vehicle features full LED headlamps and a low rear bumper to make loading cargo and passengers easy. One of the more interesting interior features is in the nine-seat STARIA Premium, where the second-row seats can swivel 180 degrees to face passengers in the third row. 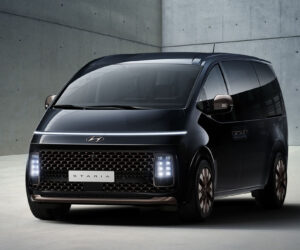 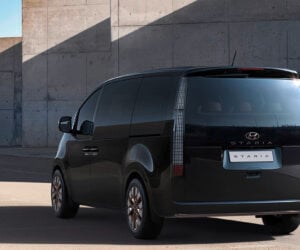 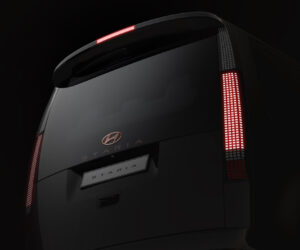 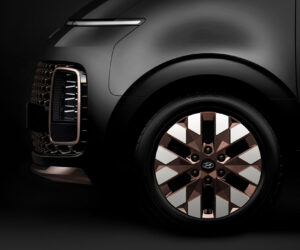 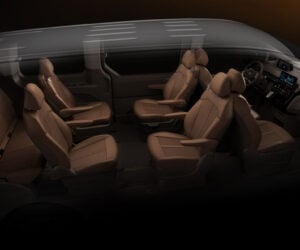 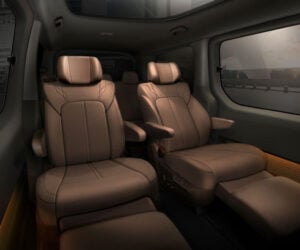 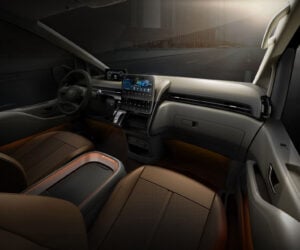 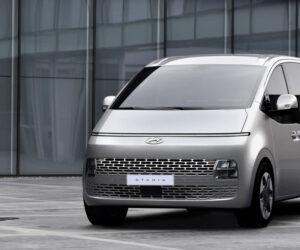 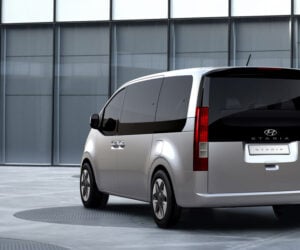 The seven-seat version also includes a second row with a one-touch relaxation mode for the seats. When activated, that mode automatically reclines to a posture that comfortably disperses weight and improves the body’s overall balance. The van has plenty of cupholders, USB ports, and storage space. It also has a high-tech interior with a 10.25-inch front display screen and a touch-based center stack with a button-type electronic shifter. More details of the vehicle will be revealed during the first half of the 2021. 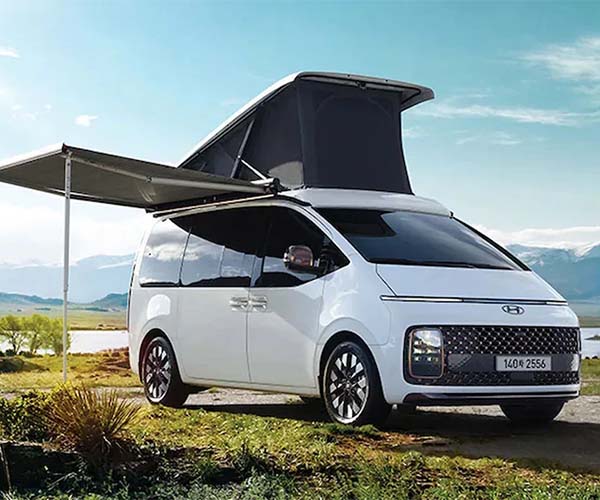