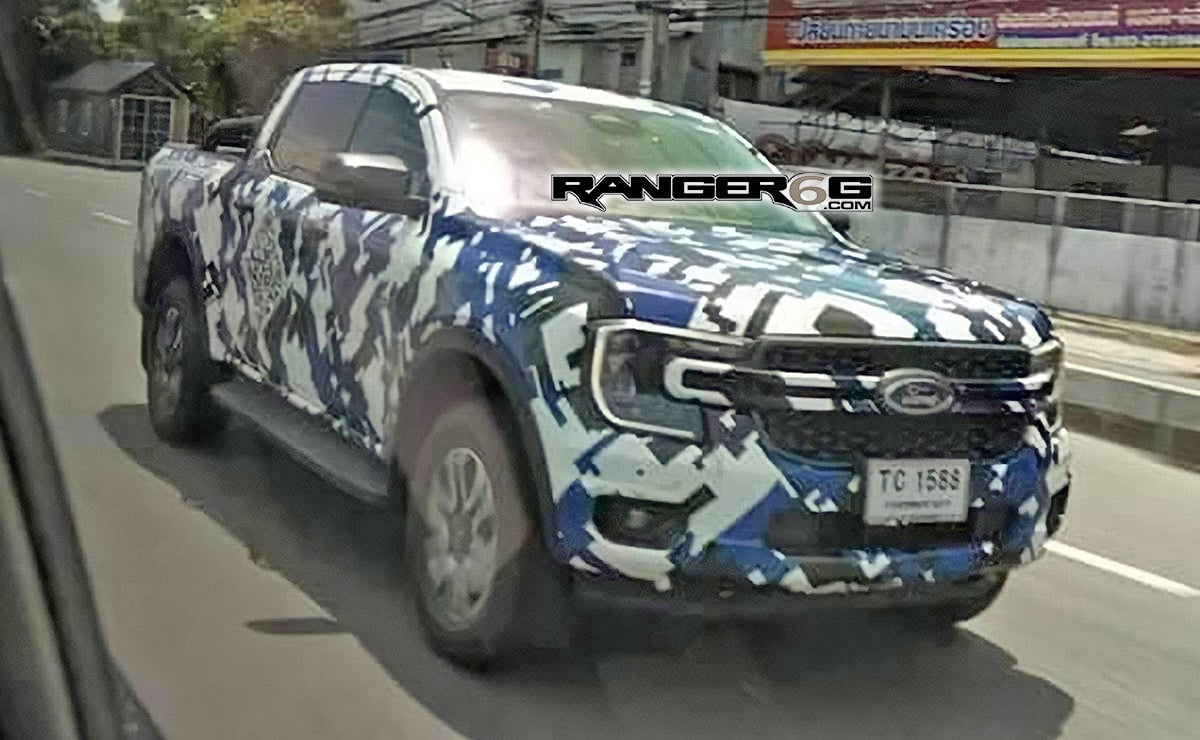 When it comes to trucks, Ford has the most popular in the entire country with its F-150. The company also has its mid-size Ranger truck and a recently revealed its Maverick compact truck. Now we have an image of what appears to be a refreshed facade for the 2023 Ranger.

The photograph – which appears to have been snapped in Thailand – clearly shows a new front end that looks very similar to the Maverick and gives the Ranger styling that slots easily into the Ford truck family. It’s hard to tell from the image, but the remainder of the truck’s proportions appear to be very similar to the current version.

However, the camouflage certainly makes it difficult to tell. In the image, we can see the revised front-end, attached running boards, and what appears to be some sort of tubular rack system in the bed. We don’t know if that rack system holds testing equipment or if it might be a feature or option for the next-generation Ranger. Either way, the spy shot shows a very attractive pickup that looks better than the current model, and is more consistent with Ford’s other recent models.