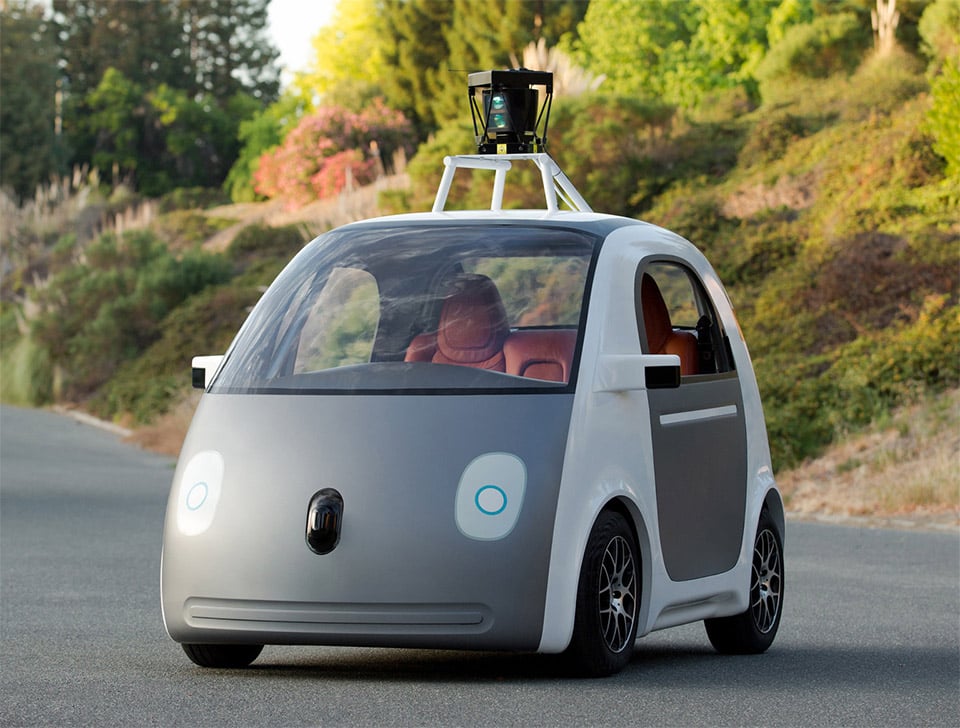 Google has been working on autonomous vehicle technology for several years now, and even has had its self-driving cars on public streets. But up until now, its cars have entirely been based on modified production vehicles. Now, the Silicon Valley tech company is showing off a prototype autonomous vehicle of its own design.

The tiny two-seater is designed specifically as a self-driving car, and is devoid of the typical controls found in normal cars. There’s no steering wheel, brake or accelerator pedal. Instead, the car has a simple start/stop switch, and a touchscreen interface for entering a destination and viewing the route. The car is capable of negotiating traffic, pedestrians, street signs, traffic lights and other obstacles on its own.

Google plans on building 100 of these prototype cars for real-world testing, though it will likely need to include some sort of manual controls for the test cars due to current laws which require autonomous cars to have manual override controls for safety purposes. Ultimately, Google hopes to create vehicles that would only have a simple emergency stop button and nothing more. In addition, the test vehicles will be limited to speeds of just 25mph for now.

While we could never imagine using autonomous vehicles as a substitute for our sports cars, we could see an application for public transportation and dealing with urban commutes through busy traffic. Johnnycab here we come!