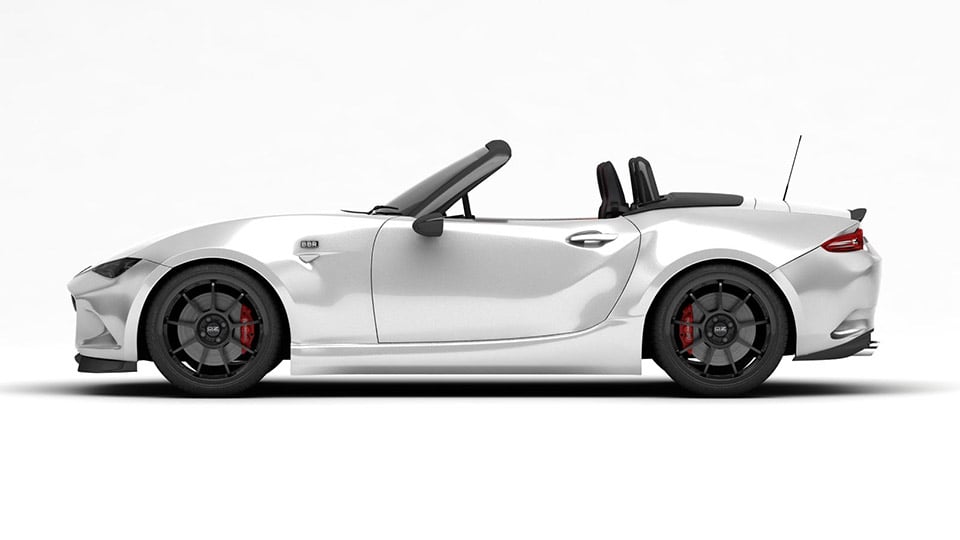 The aftermarket Mazda performance specialists at BBR in the UK have already begun looking at what can be done with the new Mazda MX-5 Miata, even though the car isn’t yet on sale. So far, all we’ve seen are a the teaser image above and the announcement of some interesting specs, including a nice boost to the MX-5’s stock 155 hp powerplant. The package will also include some bodywork alternations, some of which are visible in the image, like a new rear lip spoiler, front spoiler, tinted headlights, and lower side sills.

The company hasn’t officially released the performance details, but they have said their objective is to boost the MX-5 to the same 200 horsepower output they’ve achieved in the current line of 2.0-liter Skyactiv fitted Mazdas. They’ll then turn their attention to further power upgrades. We can expect to hear more about the new package from BBR later in the spring of 2015.