It’s Man vs. Maserati at Goodwood

Famed British former pro cyclist David Millar has a new job that any gearhead would crave – Maserati Ambassador. And he recently joined his love of cycling with his passion for fast cars in a unique feat to promote the first appearance of Maserati at the Goodwood Moving Motor Show on June 25.

Millar became the first person ever to tackle the 1.16-mile Goodwood Hill Climb – an iconic event at the annual Festival of Speed – two very different ways on one day. He flew down the hill on his Factor Vis Vires bike and set a cycling speed record for the run – 50 mph – and then he roared up the same hill in a 275hp Maserati Ghibli Diesel. The video documenting the stunts is pretty awesome, but it’s designed to convey a sense that there’s some sort of bike vs. car race going on. The editing – complete with quick cuts to a clicking precision watch – makes it really compelling, but there’s no way that bike’s time coming down the hill was even close to the Ghibli’s going up. Still, I watched it a couple of times regardless of the incredible mismatch, which is just what Maserati wanted me to do. If you can suspend your disbelief for about 90 seconds, it’s a pretty thrilling and well crafted clip. 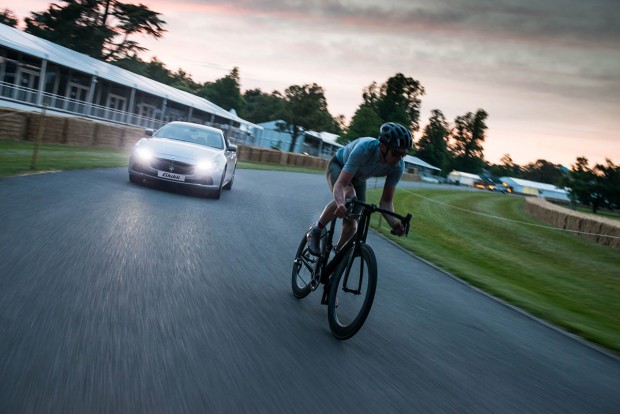 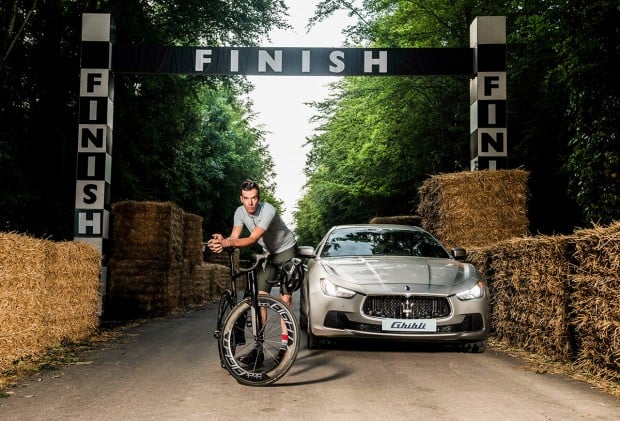