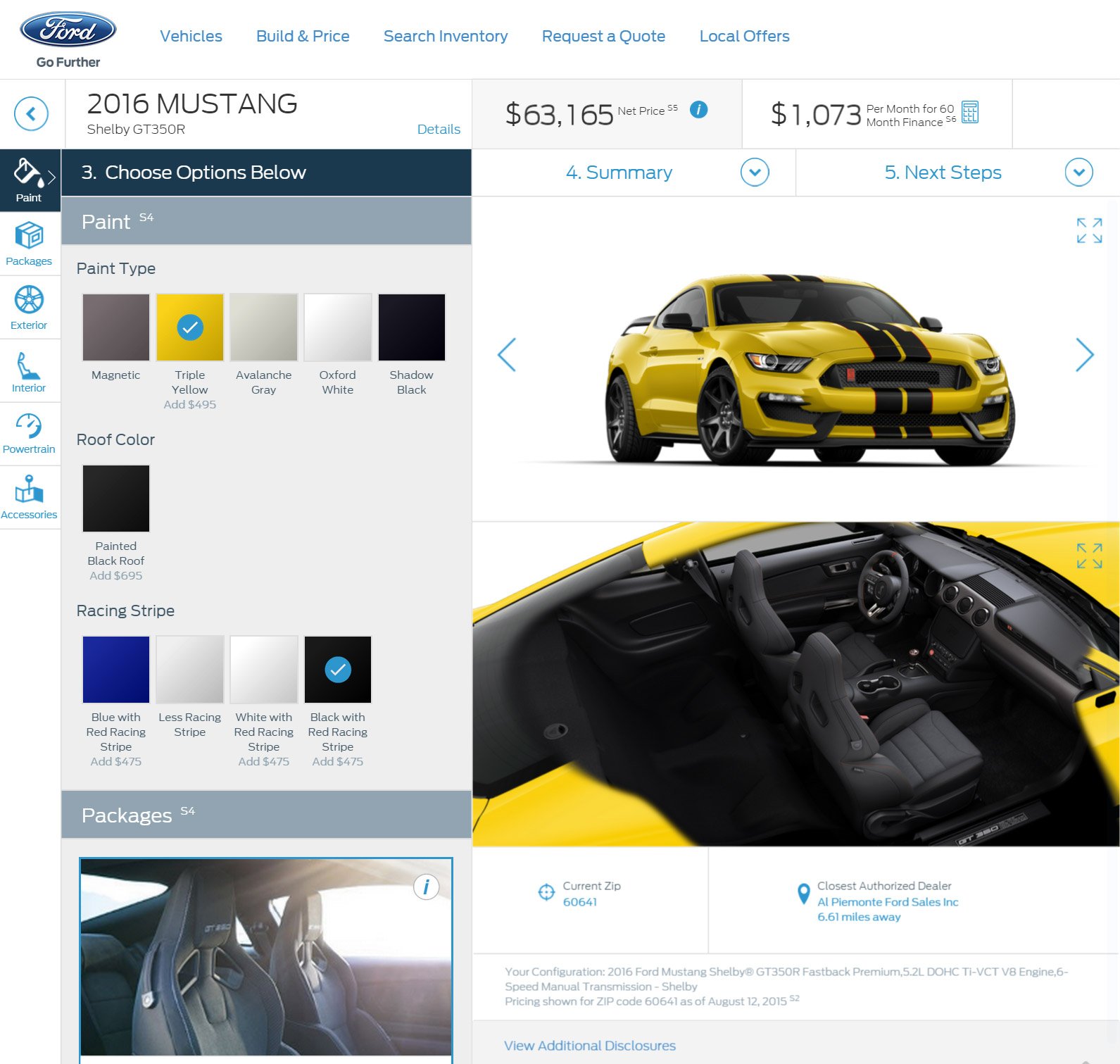 If you ask me, the most exciting Mustang that Ford has produced in a very long time is the 2016 Shelby GT350. We have heard all about the car and its flat-plane 526hp V8 engine. Ford has now sent the GT350 configurator tool live and we know where the car will start pricewise.

Major options include the Track Package adding $6,500 to the price with spoiler, MagneRide dampers, and lots of cooling. You can also get the Technology Package for $7,500 if you don’t get the Track Package. The base GT350R lacks AC or audio, but a $3,000 electronics pack adds those in.