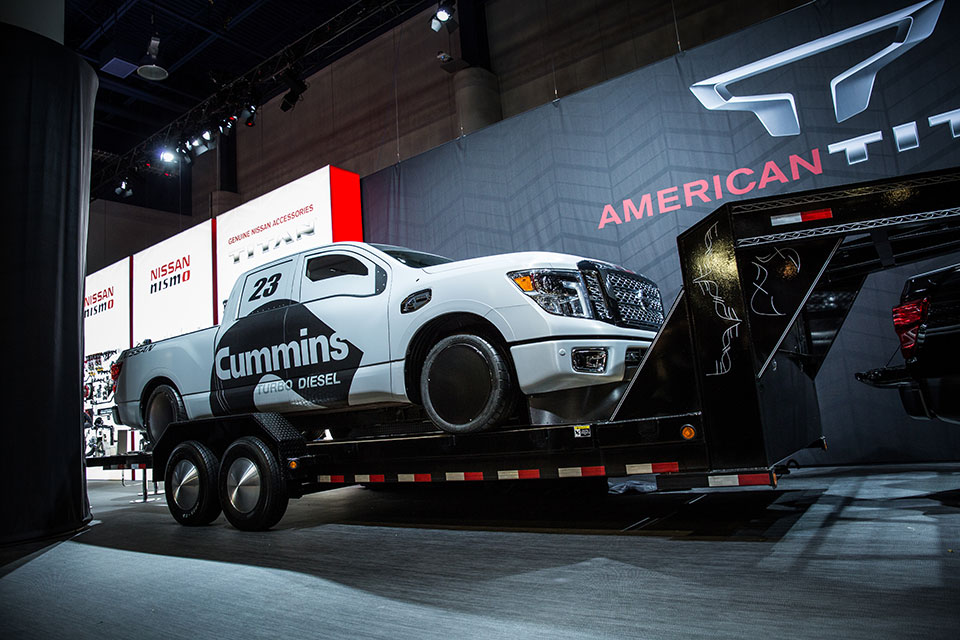 I haven’t had the opportunity to drive the diesel version of the new 2016 Nissan Titan XD. I did own a Titan with a gas V8 a few years back, and the truck was impressively fast for a big heavy vehicle. I’ve also driven diesel Ford trucks, and found the torque to be very impressive.

I expect that the diesel Titan XD will be a quick ride. Nissan has announced that they and Cummins have joined up to attempt a land speed record in a 2016 Nissan Titan XD called “Triple Nickel.” The truck gets its name from the stock 5.0-liter turbodiesel engine’s 555 lb-ft. of torque output.

The custom-wrapped truck has a roll cage, and other mods to make it safe and suitable for land speed racing. Nissan and Cummins are aiming to take the D/DT class record currently at 191 mph and the FIA A-III-9 record, currently 115 mph.