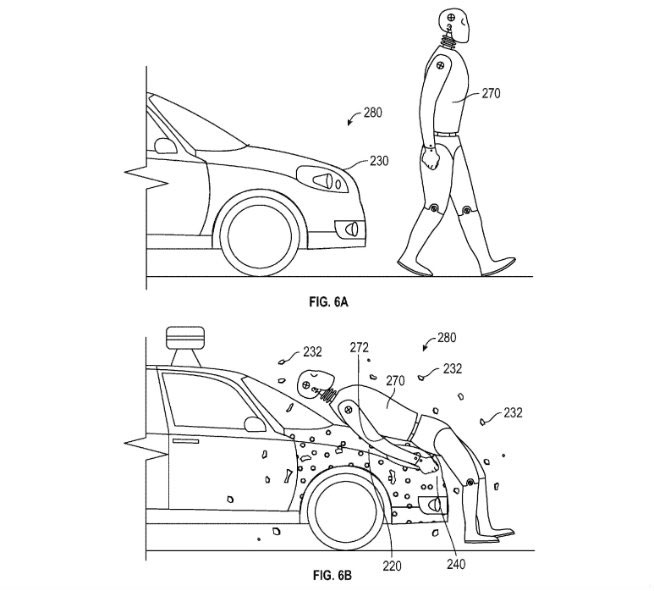 Google recently filed a patent application for a weird and wacky car safety device. The idea is that in the event of an accident, the hood would crack like an eggshell and release glue. In theory, if a car with this tech hit a pedestrian; the ped would stick to the hood of the car instead of flying any further.

This would keep the pedestrian from being bounced off the hood into traffic or thrown to the road or other hard surface where additional injury might happen. The catch to me that isn’t explained is exactly how would you get the pedestrian off the hood. I’m guessing removal doesn’t involve grabbing and ripping. According to the patent:

“The adhesive layer may be a very sticky material and operate in a manner similar to flypaper, or double-sided duct tape.”

Google notes that it has patents for lots of tech and that these patents don’t always turn into real products. As odd as sticking pedestrians to your hood sounds, if it keeps people safe in an accident it’s a good thing.