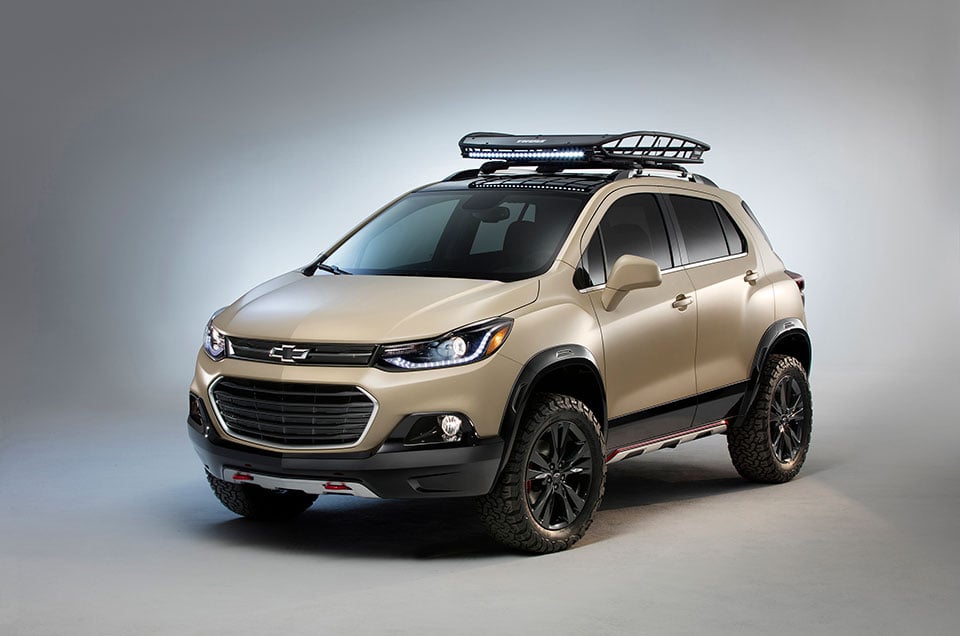 Chevrolet has unveiled a very cool looking new concept at SEMA 2016. But rather than starting with some sort of rugged truck, this ride is based on the rather boring Chevrolet Trax compact crossover. The concept is called the Trax Activ concept and it has lifted suspension and other off-road tidbits.

The concept is based on the refreshed 2017 Trax AWD. That means there is no real 4WD capability or low range. On the other hand, it has a lifted suspension and 18-inch Chevy accessory wheels. The goal was more ground clearance, but the Trax also looks better with the extra height. 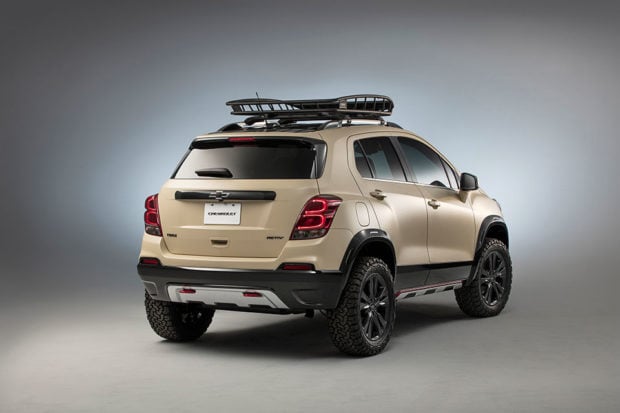 On top the car has a Thule roof rack and LED lights for more light on dark trails. The paint is custom Satin Sandstorm with Carbon Flash rockers and red tow hooks. Wouldn’t it be cool if Chevy would consider offering a production version of this little off-roader?