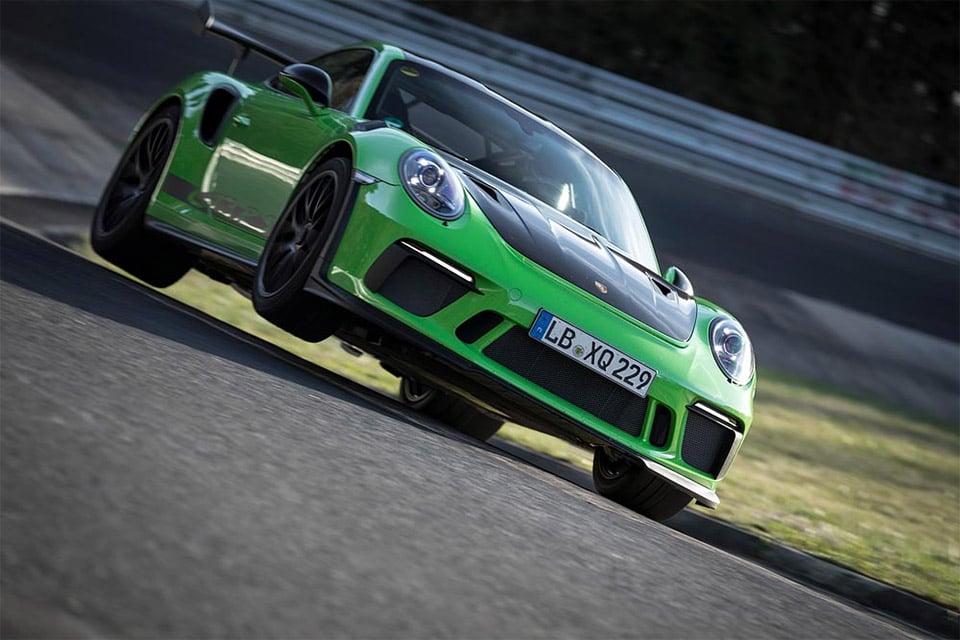 Porsche has an extremely high-performance car in the form of the 911 GT3, and the even more potent 911 GT3 RS. These cars have always relied on highly tuned, naturally-aspirated engines, even though all other modern 911 cars use turbos. I’m betting that die-hard 911 GT3 fans won’t like this next bit.

A rumor is making the rounds that the next-gen GT3 and GT3 RS cars will both use a twin-turbo powerplant. The change hasn’t been confirmed by Porsche, but the word is that the change may come with the 2020 models.

The turbocharged flat-six in question is expected to make 572 bhp in the 911 Turbo S that will launch next year. We don’t know how it might be tuned for the GT3 cars. Whether or not you’re a naturally-aspirated purist, as long as the new 911 GT3 RS can still destroy the ‘Ring, all will be well with the sportscar world.